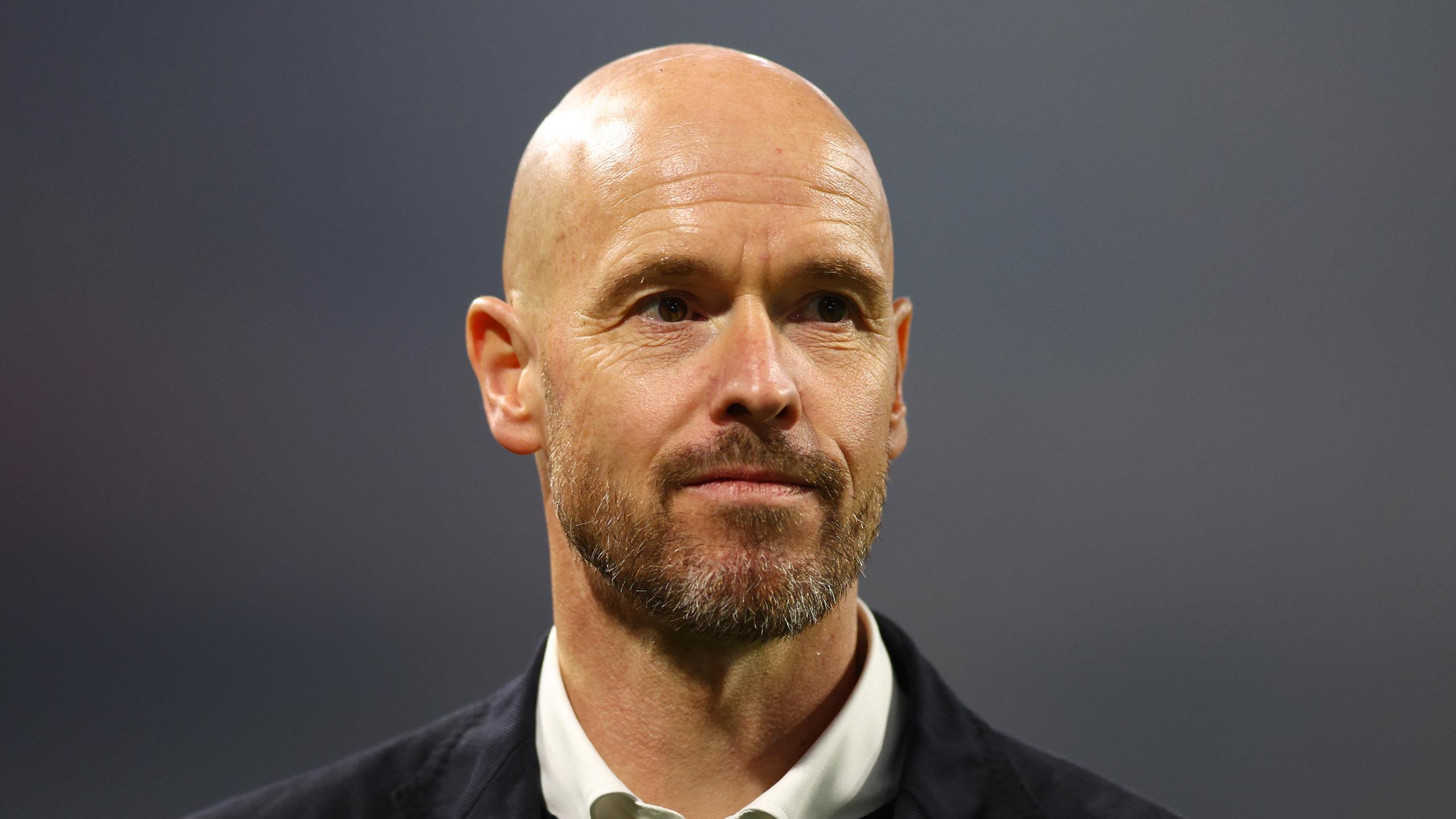 Erik ten Hag says one of his first aims as Manchester United manager is to get the club back into the Champions League as quickly as possible.

He arrives at Old Trafford on the back of United’s worst-ever Premier League season, with them just about clinging on to Europa League qualification despite a final day defeat against Crystal Palace.

As he starts work at the club, having taken over from interim boss Ralf Rangnick, ten Hag has told MUTV how he is feeling.

“I would say the word ‘exciting’. I really look forward to doing this job, at this club with massive history, and we want to restore it where it belongs”, he said.

“First of all, we want to make the fans proud. Second, of course we are in this moment, the current situation is obviously not that good. It’s a big challenge. I want to build and construct a team who are battling for each other, who are unified and who will get results. Also we are playing in the Theatre of Dreams. We want to entertain. But in the end, the intention is to play fantastic football. If we can’t play fantastic football, we still have to win.”

Having enjoyed huge success at Ajax, he wants to be able to meet his former employers down the line, saying, “I hope (so), because that will tell us we are in the Champions League! We have to return as quickly as possible to that competition.”

Fresh from winning the Eredivisie, ten Hag has decided not to take any time off, and instead throw himself straight into the challenge awaiting him at United.

Speaking about his reasons for not taking a break, the Dutchman said, “Before a season, you have to prepare and when you are in a club, I will say it’s a continual process. You’re working on next season and still you are in the current season. But we didn’t have that time now, and now we close the season and I’m coming over to meet people and to roll out the strategy, to prepare pre-season, prepare staff and prepare a squad.”

ten Hag knows the scale of the challenge ahead, with fans and players seemingly disillusioned by the path the club has taken over the past year, but the 52-year-old thinks people involved at Old Trafford must be realistic.

“Accept the current situation but also know one year ago, this club, this team was second in the Premier League. There’s potential and now it’s up to us to get that out. It’s a process, it will take time but I’m convinced we will come to that point where we get success. We have to work hard and it has to be based on the right philosophy and strategy”, he said.

I will give everything necessary to get Man United back where they belong.

United fans should expect some comings and goings in the summer, with ten Hag saying, “In certain positions we want to renew the squad. I have high expectations from myself and that is also what I demand from my squad. They have to co-operate together and they have to give every day their best. And I would say, for me, good is not good enough. We have to do better.”

Speaking of the history on Sir Matt Busby Way, ten Hag is well read, saying, “Of course. I know the history of Man United, I know the big times and the audience, the vibe that can be around Old Trafford. I watched them in their big times, when Sir Alex Ferguson was manager, during the really successful times when they won titles and were dominating Europe. But also before Sir Alex, Man United was a really big club and I know names like Busby and Charlton that gave Man United a presence to the outside world from winning, and winning in a spectacular way, winning so they entertain people. What stays with me is there was always a fighting culture. They fight together and they get success.”

Former England manager Steve McClaren – who was alongside Sir Alex Ferguson during his reign at the club – is returning to Old Trafford as part of ten Hag’s coaching team, while Mitchell van der Gaag – who was his right hand man at Ajax last season – is also relocating to Manchester.

Ten Hag is hoping the style that led them to success in the Dutch league can also be influential in England, saying, “The way we did it – with dominant, dictating football – that is the way I want to act in Man United as well. But finally the competence and the quality of the people – so the players – decide how you have to play.”

Teams always look out for their trip to Old Trafford when the fixtures are released – more recently with a fair belief that it could bring about much needed points. ten Hag knows players raise their game when they face United and that is something he is not fazed by.