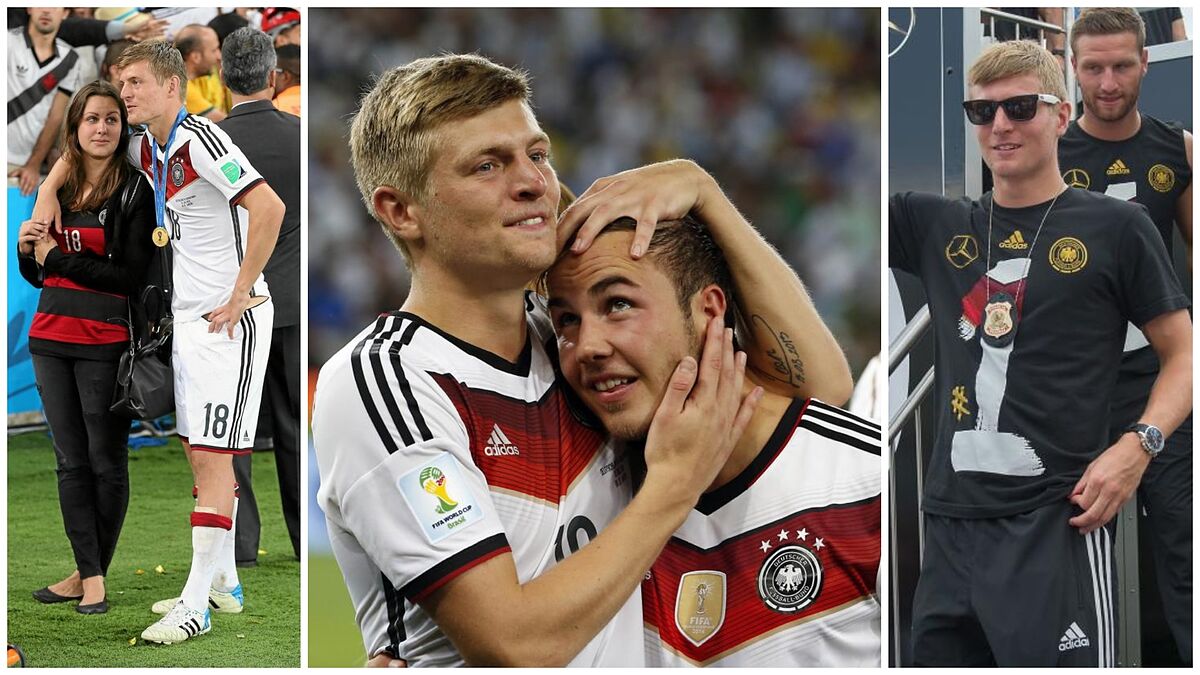 Toni Kroos has recalled Germany‘s 2014 World Cup final victory against Argentina and shared some anecdotes from before and after the game at the Estadio Maracana.

The Real Madrid midfielder revealed that he hadn’t seen his wife for over than one month, as she flew to Brazil for the World Cup showpiece event.

“I had been there for six weeks and hadn’t seen each other since then. I think she landed at six in the morning.”

His lunch and Guardiola’s message

Kroos also recalled a pre-game habit that changed in the day of the final against Argentina.

“I didn’t have breakfast, I only had lunch,” added Kroos.

“Having something before the game is quite good. Later I remember that I was always talking about nonsense before the games in the stadium with Jose Meneses, the head of national team security, but he told me that there was no nonsense that day.”

The then-Bayern Munich midfielder received a message from his then-coach Pep Guardiola ahead of the final. That summer he would part ways with the Bavarians to join Real Madrid.

“It was still not clear which club I would play for when I came back and Pep Guardiola wrote to me and wished me all the best for the final,” noted Kroos. “I thought it was quite nice.”

Talking with Merkel after the World Cup

Mario Gotze‘s goal in the extra time gave Germany a narrow 1-0 win over Argentina, and Kroos recalled the celebrations after the final whistle.

“Then we won the match and it was nice to be able to hug my wife after six weeks, shortly after the final whistle,” he declared.

“It was also nice chatting with Angie, Angela Merkel, in the dressing room. We talked a bit about Mecklenburg-Western Pomerania [the region where Kroos was born].”

“Before the tournament, Jose [Meneses] had given me, Joachim Low, Oliver Bierhoff, [Bastian] Schweinsteiger and [Miroslav] Klose a bracelet. That was a kind of oath for the tournament and for the trophy.

“At the end of the night, we thought that someone had to sacrifice his bracelet at that point. Then, we stood in a circle on the beach and Jose threw his bracelet into the sea.”

His experience with tequila

Kroos also revealed that “from that moment on I decided to have a tequila with everyone that night, but I failed miserably.”

That wasn’t his only bad experience with tequila, as he also recalled another occasion where he got drunk after Bayern Munich‘s defeat in the Champions League final against Chelsea on home soil.

“After the Champions League final against Chelsea [in 2012], I remember drinking with frustration,” said Kroos.

“We were close to needing an emergency doctor. There was no other way to relieve the pain.”