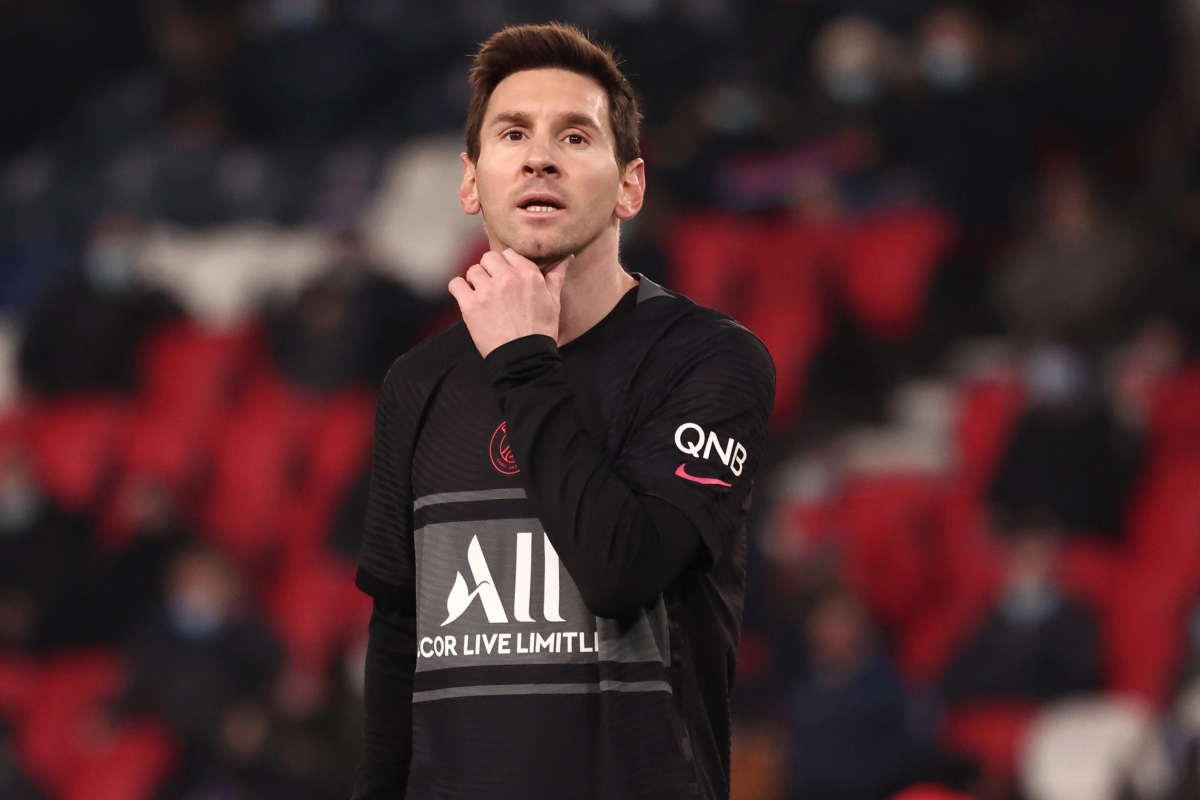 The Barcelona legend has the second-worst shot conversion rate in Europe’s top five divisions – one goal from 44 attempts.

Only Manchester City full-back Joao Cancelo is a less successful finisher than the seven-time Ballon d’Or winner, netting one of his 46 Premier League shots.

World-class attackers hope to convert almost one on four efforts.

And of course Messi’s dribbling and passing skills mean he is as famed as much for his making as for his taking of goals.

But the 34-year-old’s form – and arguably his mood – have dipped since his summer switch from the Nou Camp.

It’s claimed he is unhappy with the runaway Ligue 1 leaders’ style of play under Maurcio Pochettino.

Messi did prove his sixth assist of the Ligue 1 campaign  as a sub in Sunday’s 4-0 defeat of Reims.

But having struggled to shake off early-season injuries, it’s really it’s only in the Champions League where he has replicated his Barca influence

Messi has hit five goals in as many matches in Europe’s top domestic tournament.

He was back in Spain this week for Nou Camp manager Xavi’s birthday, no doubt reviving magical memories of the connection they had as team-mates.

Messi declined to comment on recent talk of rejoining Barca.

But if his all-round standards fail to improve, it’s not out of the question that PSG would be happy to see him depart in the summer.

However, Real Madrid striker Karim Benzema has no doubts Messi will turn his French fortunes around.

The France World Cup winner said: “How is Messi not going to succeed?”

“It’s just a time of adaptation, because he hasn’t scored many goals.

“But look what he does on the pitch. In any case, you can’t criticise a player like that, someone who criticises Messi doesn’t understand anything about football.”