Barcelona defender Jean-Clair Todibo has joined Nice for an initial €8.5 million to kickstart an expected summer exodus at Camp Nou.

The deal for Todibo could be worth €15.5m if add-ons are triggered, while Barca will also be due a percentage of any future transfer.

Barca have already made four signings this summer and president Joan Laporta has spoken of a desire to bring in another “three of four” players.

However, La Liga president Javier Tebas has warned the Catalan club they must cut their wage bill before they will be able to register any new signings.

Tebas’s threat also covered any potential new deal for Lionel Messi, with the forward out of contract in just three days.

The La Liga chief said Barca must take measures in order to be able to inscribe all their players with the league-imposed salary cap.

Barca used to boast the biggest salary cap in La Liga at over €600m but that has almost been cut in half in the aftermath of the coronavirus pandemic.

Cutbacks started last summer with the departures of Luis Suarez, Arturo Vidal and Ivan Rakitic but more players must leave this year.

Todibo’s move to Nice doesn’t make much room on the wage bill as he was on loan last season but the transfer fee will help Barca balance the books.

When Laporta took over in March, the club had debts totalling over €1 billion, although they have since been granted a €525m loan to help them through this rocky period.

However, despite being open to offers for Junior Firpo, Philippe Coutinho, Neto, Samuel Umtiti and Martin Braithwaite, among others, they have not yet been inundated with bids.

Todibo, 21, first joined Barca in 2019 from Toulouse but failed to break into the team on a regular basis.

Following a handful of first team appearances and loan spells with Schalke and Benfica, he joined Nice on loan earlier this year and has now returned to France on a permanent deal. 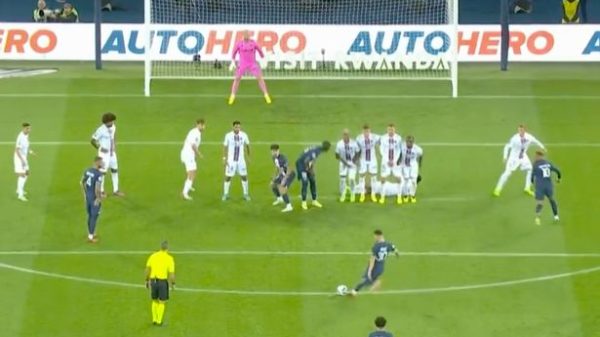