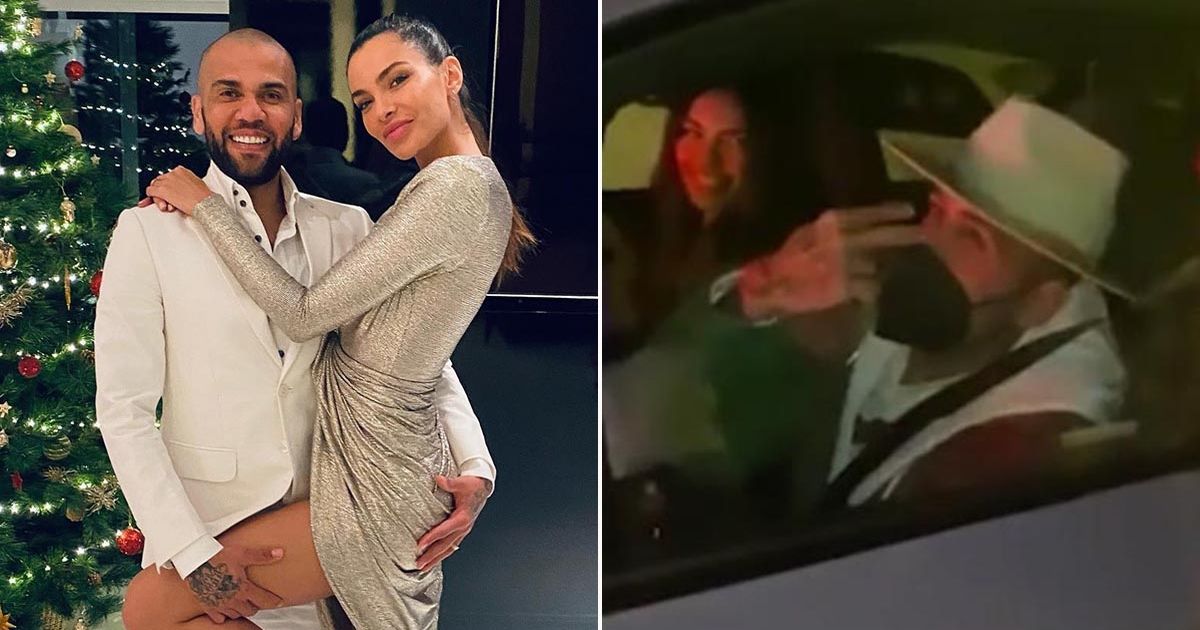 Barcelona legend Dani Alves, playing in just the fifth match of his second spell, scored one goal, assisted another and was sent off during his side’s 4-2 win over Atletico Madrid

Dani Alves ended what was a chaotic Sunday afternoon at the Camp Nou with a brilliant interaction with a cheeky Barcelona supporter.

The Brazilian legend was in the thick of the action as the Blaugrana ran out 4-2 winners against LaLiga champions Atletico Madrid.

The 38-year-old was making the second league appearance since his dramatic return to the club earlier this year.

And he rolled back the years against Diego Simeone’s side, creating the opener for Jordi Alba after ten minutes, before scoring a stunning goal of his own to put Barca 4-1 up.

Dani Alves smiled at the fan following the remark, before pointing to his eyes and pointing back at them
(
Advertisement. Scroll to continue reading.

Along with Adama Traore, the full-back caused countless issues for Atleti, with all of their January signings coming to the fore.

However, his afternoon went from the sublime to the ridiculous when he was sent off after an ugly looking challenge on Yannick Carrasco.

Referee Jesus Gil Maznano had to consult VAR, but replays showed Alves had plunged his studs into the back of the forward’s leg, leaving no choice but to give him a straight red.

Barca held on to earn all three points, ensuring Alves was in a pleasant mood as he departed from the stadium.

In footage obtained by Marca, a fan can be seen approaching Alves’ car, as he sat alongside his supermodel wife Joana Sanz.

The supporter was overheard saying: “You are very good, but your girlfriend is very pretty!”

Alves was quick to respond, pointing at his eyes, before returning his glare to the fan in a jokey manner.

Sanz married Alves in 2017, having initially met during the player’s first stint in Catalonia.

Speaking a year before their secret ceremony, Sanz admitted that she had rejected multiple proposals from Alves, before finally accepting.

“Dani asked me in the hotel room alone. We do not like [putting on a show],” she told Spanish gossip magazine La Vanguardia. “It was splendid… he already asked me three times.”

Sanz, who has more than 700k social media followers herself and has led campaigns for fashion giants including Jimmy Choo and Gucci also saw the funny side of the incident, cracking a smile from the passenger seat.