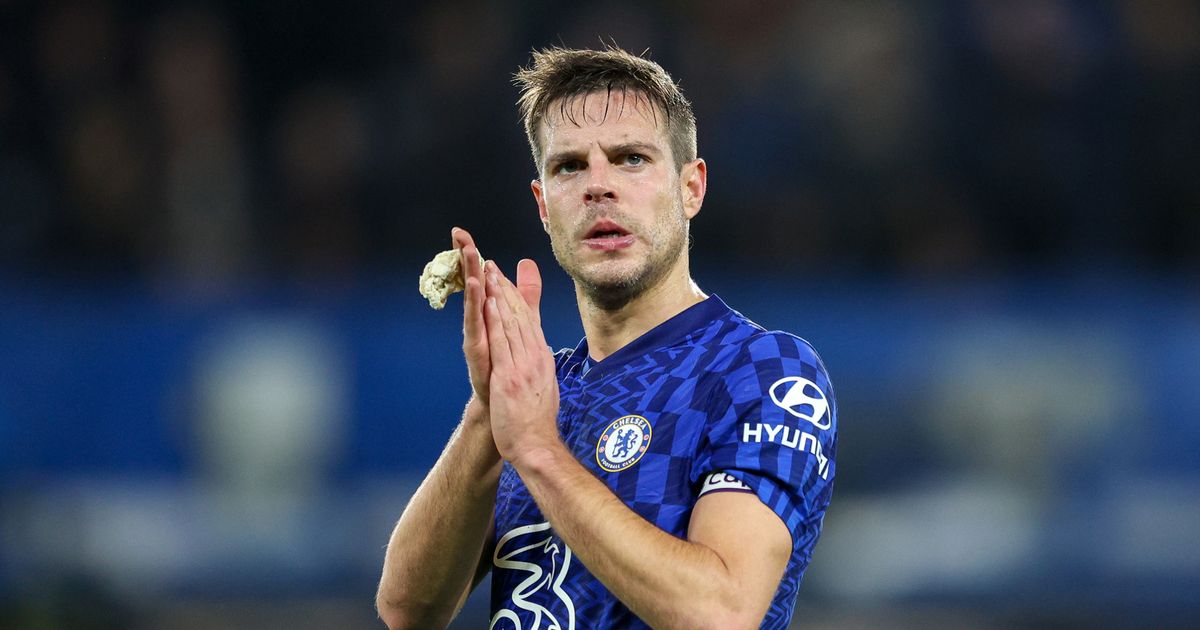 Barcelona are reportedly keeping tabs on Cesar Azpilicueta, Antonio Rudiger and Andreas Christensen, while Lyon have confirmed Emerson will not be heading back to Chelsea

After seeing Ben Chilwell ruled out for the rest of the season, Chelsea were presented with a number of different options in the January window.

The Blues could have signed genuine competition for Marcos Alonso, only to be left with three left-backs in the summer once the England international has fully recovered.

Instead, manager Thomas Tuchel looks set to go in a different direction and in the meantime he will be hoping to tie some other Blues defenders down to new deals, limiting the possibility of a complete restructure at the back for next season.

Mirror Sport has all of your latest transfer news, including suggestions one club is targeting three Chelsea players.

What defenders should Chelsea look to sign up for next season? Let us know in the comments section below!

Emerson will not be heading back to Chelsea this month

According to Sport (h/t Sport Witness), Barcelona have Cesar Azpilicueta, Antonio Rudiger and Andreas Christensen in their “sights” with a view to a possible free transfer in the future.

The defenders have contracts that run out at the end of the campaign and could feasibly discuss terms with the Catalan giants now.

It’s said the interest in Azpilicueta and Christensen is “gaining more weight” and while they’ve not given up on signing Rudiger, he’s currently less likely to join than the other pair.

Barcelona’s current financial plight means they are likely to try to complete more free transfers in the summer and the team has looked light at the back over the course of the 2021-22 season so far.

Following the injury to Chilwell, there was some speculation linking the Blues with possibly recalling Emerson from Lyon.

Instead, it would appear Kenedy will fill in as cover on the left wing for Alonso instead, as the European champions have brought him back from his loan at Flamengo.

It would now appear the Italy international can carry on playing in Ligue 1, where he has cemented his status as a first-team regular.

Per Metro, when quizzed on Chelsea’s reported consideration to recall their on-loan left-back, Lyon manager Peter Bosz said “yes, we will keep Emerson.”

Tuchel has said the decision to recall Kenedy gives the player a “huge opportunity” to make an impression at Stamford Bridge.

The versatile Brazilian signed for Chelsea in 2015 and after making 14 Premier League appearances in his debut campaign, he has been sent out on loan on a number of occasions. The most recent was back to his homeland in Brazil.

Given Chelsea’s involvement in a number of competitions, he is likely to get chances to play when Alonso is rested and the Blues boss said the 25-year-old needs to be ready to seize his moment, per the club website.

“We cannot say Kenedy is the solution but he can be a solution,” he said. “He is back and I’m very happy about that.

“It is a huge opportunity for him to make his mark at this club and in this team. We will try now from today on to push and support him as good as we can.”