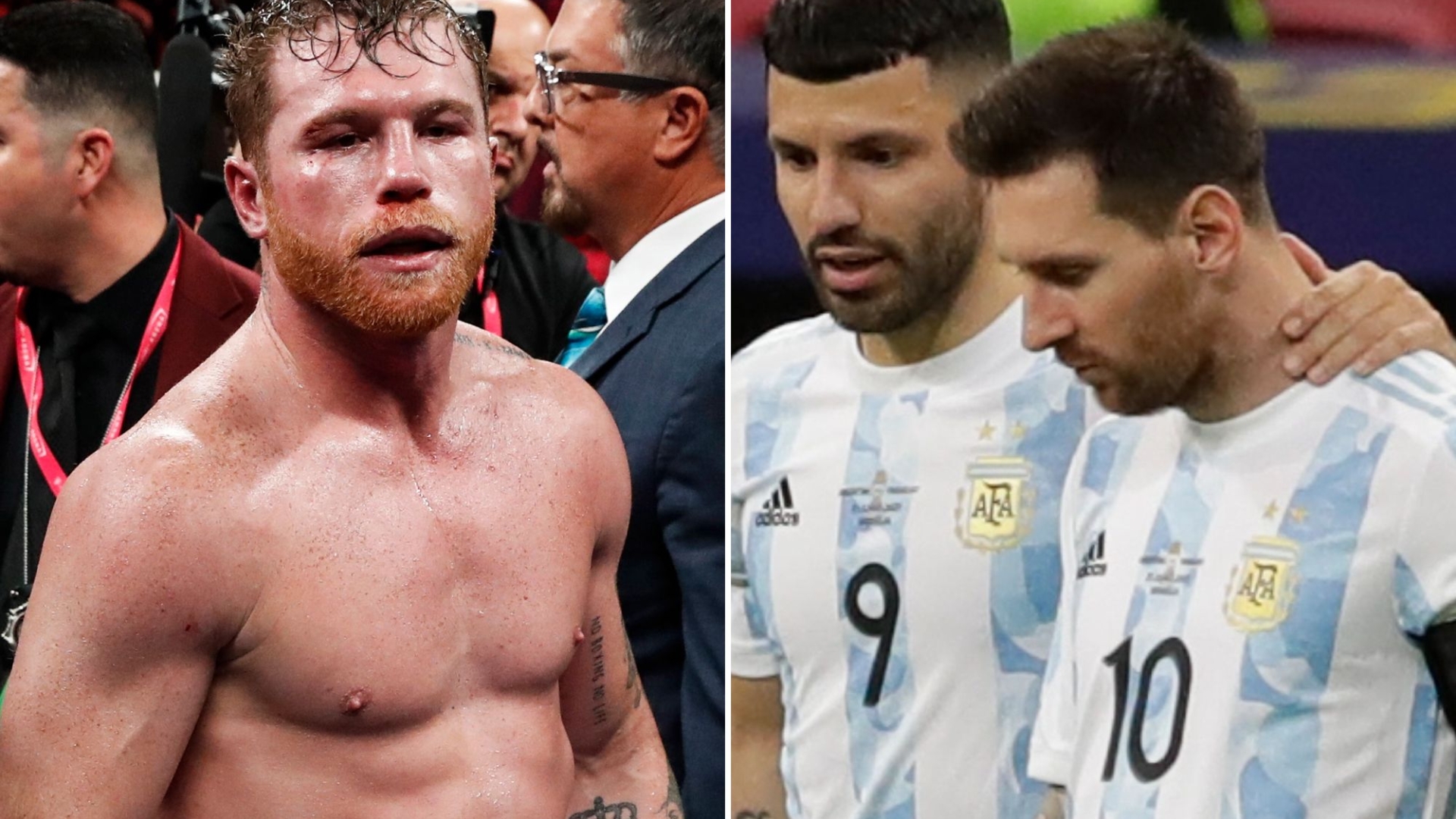 The boxing superstar hit out at Messi after footage appeared to show the PSG forward kicking a Mexico jersey.

But Argentine Aguero, 34, leaped to his former team-mate’s defence in response to Canelo, 32.

He tweeted: “Mr. Canelo, don’t look for excuses or problems, surely you don’t know about soccer and what happens in a locker room.

“The shirts are always on the floor after the games are over due to sweat and then if you see well, he makes the movement to remove the booty and accidentally hits it.”

Canelo furiously responded and suggested Aguero had messaged him privately with a different point of view.

He replied: “You b***** too… you wrote to me oh oh Canelo and now sucking don’t be a hypocrite bastard.

“Unfair? Unfair what you did right now you write this and a minute ago you s*** on my Instagram DMs you have to be clear and to the point.”

Messi, 35, inspired Argentina with a goal and assist as his country beat Canelo’s nation 2-0 to keep their World Cup hopes alive.

In the dressing room celebrations the Barcelona legend looked to have booted a Mexico shirt away from him that was on the floor.

Canelo took offence to this tweeting: “Did you guys see Messi cleaning the floor with our jersey and flag?

“He better pray to God that I don’t find him. Just like I respect Argentina, he has to respect Mexico!”

But Aguero maintained that Canelo’s criticism of Messi was harsh.

He posted: “I admired you Mr. Canelo. But what he did today with Messi was a low blow. And you know better than anyone that this is unfair.”