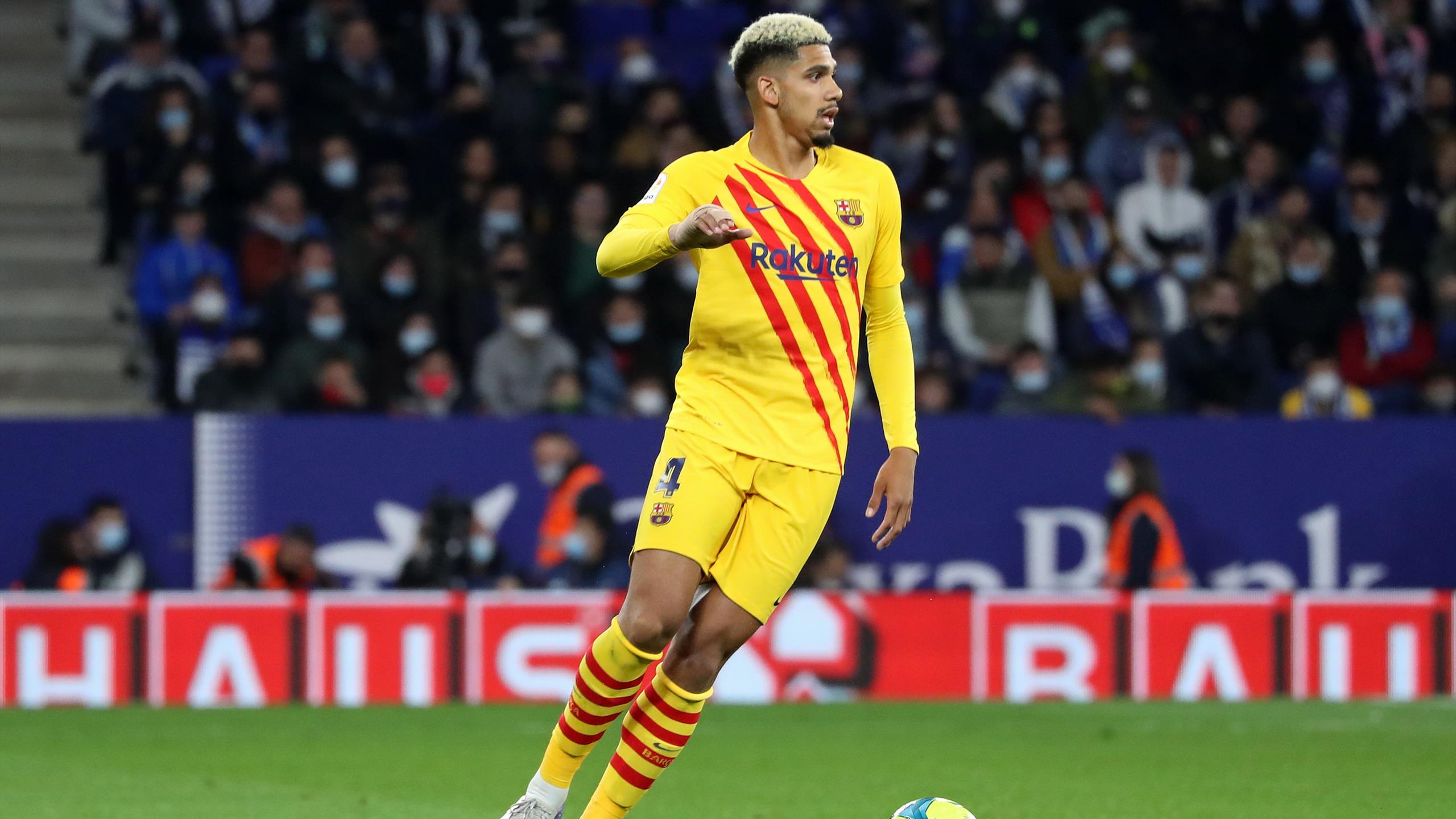 Barcelona boss Xavi has apologised for Ronald Araujo’s controversial gesture towards the end of the Catalan derby on Sunday evening.

Luuk de Jong rescued a point for Barca late on at the Estadi Cornella-El Prat, heading in to level the scores at 2-2 in the sixth minute of injury-time. Pedri had opened the scoring for the visitors, volleying home Jordi Alba’s cross from deep after only two minutes, but a curling effort from Sergi Darder and an off-the-shoulder strike from Raul de Tomas almost gave the hosts victory.

The match was soured late on when Nico Melamed and Gerard Pique received second yellow cards following a clash out wide. Manu Morlanes, who had come on as a substitute for Espanyol only to go off again with injury, was also shown red for dissent right at the death.

Following the dismissals of Melamed and Pique, Barca defender Araujo was seen making a gesture towards the Espanyol bench which was interpreted as suggesting that they were set to be relegated to the Segunda Division. He held up two fingers several times, accompanied with a thumbs-down.

Asked about the incident after the match, Xavi said: “I haven’t seen it but we have to respect the opponent, the referee and the rival fans.

“We always have to be respectful, but the tension can sometimes make that hard. But if that’s what happened then I apologise because it shouldn’t.”

Araujo, who also came off with an injury, released a contrite statement on social media a little while afterwards. “I want to apologise to all the people of Espanyol for the unfortunate gesture I made tonight,” it read.

“Everything was the result of the tension experienced during a derby as hotly contested as the one today.

“I consider myself a person who respects fans and rival clubs and that is why I am not proud of what happened.”

Speaking after the match, Darder, who scored Espanyol’s first goal, had some words of advice for Araujo. “One or two years ago he was playing in Segunda B,” he said, in reference to the 22-year-old’s time in Barcelona’s reserve side. “He’s a hell of a central defender, but those things don’t help him.”

Espanyol were relegated from La Liga in 2020, bouncing back up again at the first time of asking, but are now eight points clear of the relegation zone in 13th.

Barcelona, meanwhile, occupy the fourth and final Champions League qualification spot, but are only ahead of Atletico Madrid on goal difference with Real Socieded and Villarreal also breathing down their necks.