Thomas Tuchel has played down fears N’Golo Kante will miss Chelsea’s final two games of the season after going off injured in the 2-1 win against Leicester.

Goals from Antonio Rudiger and Jorginho were enough for the Blues to leapfrog the Foxes in the Premier League into third, despite Kelechi Iheanacho’s late consolation.

But Chelsea fans were handed an injury scare in the first half when France midfielder Kante was replaced by Mateo Kovacic after being forced off with a problem. 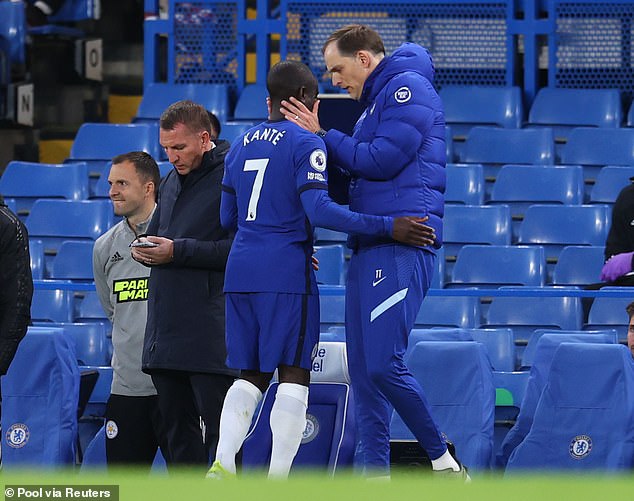 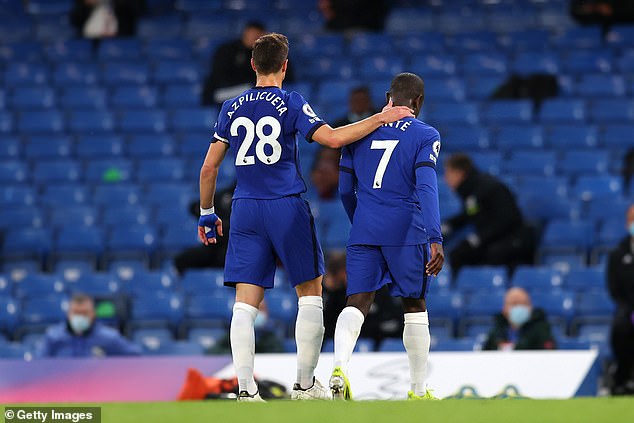 However, speaking after the win, Tuchel suggested the substitution was a precautionary measure, and had a ‘good feeling’ the 30-year-old would be available for the final Premier League game of the campaign at Aston Villa before the Champions League final against Manchester City.

Asked if Kante and Kai Havertz – who was ruled out of the Leicester clash with a minor hamstring injury – would be fit for the final two games, Tuchel told Sky Sports: ‘I don’t know yet. We will check them tomorrow.

‘I have a good feeling with NG [Kante], he said he felt something and didn’t want to risk a muscle injury, so I hope for Sunday, the same with Kai.’ 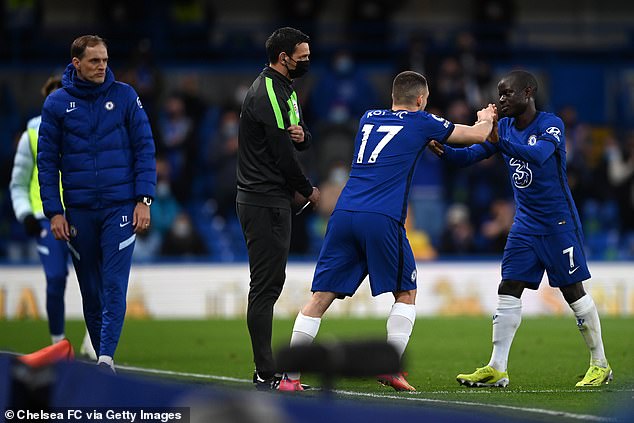 The win for the Blues – which gives them the advantage in the race to finish in the top four – comes just three days after they were defeated in the FA Cup final by the same opposition, courtesy of Youri Tielemans’ strike.

But former PSG boss Tuchel insisted that last week’s Premier League defeat by Arsenal, and not their Wembley heartbreak, fired his side up.

‘We were fired up from our loss against Arsenal. Today we did what we do,’ Tuchel added.

‘We played courageous, high intensity, aggressive. I am happy to have the win. I need to repeat, it’s not done.’ 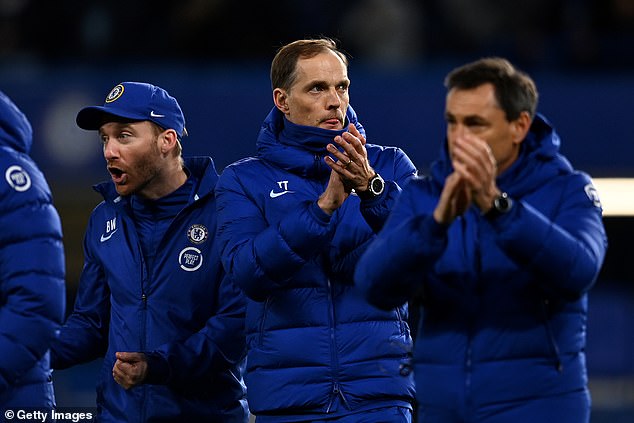 Not everything did go Chelsea’s way at Stamford Bridge however, with the hosts denied a penalty despite Youri Tielemans appearing to trip Timo Werner inside the area.

And a visibly frustrated Tuchel lamented the decisions that have gone against his side recently, also citing Gunners defender Rob Holding’s goalline block with his arm last week before what he deemed a handball from Ayoze Perez in the build-up to Tielemans’ wonder goal.

‘It’s a clear penalty. They are horrible against us. It’s the third time in a row. This has to stop of course but we were not worried at half-time.’