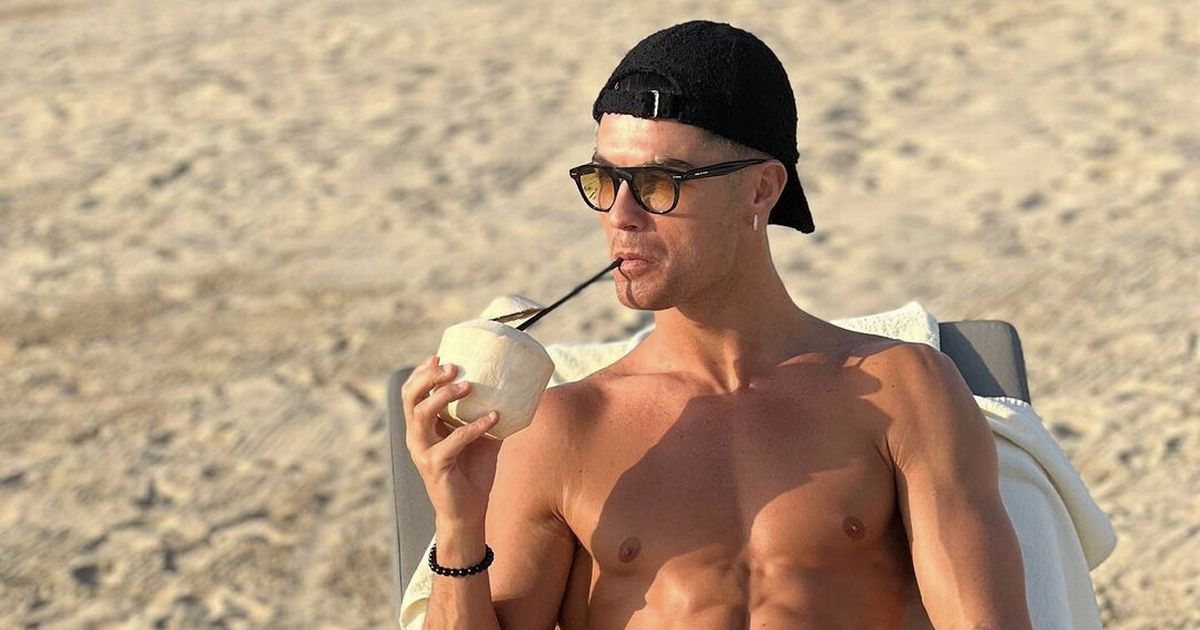 Cristiano Ronaldo is among the plethora of Premier League players taking in some sun and enjoying a well-earned rest during the two-week winter break.

The Manchester United superstar jetted out to Dubai with his family and he has been joined in the Gulf state by teammates Marcus Rashford, Jesse Lingard and Diogo Dalot.

As well as working on their tans, the United contingent have been staying in shape at the world-renowned Nad Al Sheba Sports Complex, a state-of-the art compound with training pitches, a gym, a cryotherapy chamber and many more facilities.

Meanwhile, Harry Maguire has been hanging out with counterparts from Liverpool and Everton as rivalries are put on hold.

Cristiano Ronaldo is enjoying some sun in Dubai
(

The number of top-flight stars in Dubai will grow later in the week as the Arsenal squad touches down on Thursday for a warm-weather camp.

Manager Mikel Arteta will be grateful for the chance to recharge the batteries after admitting his side looked tired during their 0-0 draw with Burnley last Sunday.

Some Arsenal stars have already flown out to the United Arab Emirates to catch some extra rays, while the Newcastle squad is in neighbouring Saudi Arabia.

Eddie Howe is putting his team through their paces in Jeddah as they look to get battle ready for the relegation scrap to come.

The Magpies trained with youngsters from the Mahd Sports Academy as they look to inspire the next generation of footballers in the country.

Newcastle have travelled to Saudi Arabia having been purchased by their Public Investment Fund in October last year.

Manchester City, owned by UAE royal Sheikh Mansour, usually travel to Abu Dhabi, but their trip was cancelled due to concerns about coronavirus travel restrictions.

This has given Pep Guardiola’s defending champions the chance to fly out on holiday, with Aymeric Laporte heading to the Bahamas, Bernardo Silva to Sri Lanka, Ilkay Gundogan to Los Angeles and Kevin De Bruyne to the Maldives.

Jack Grealish – pictured with former Aston Villa teammate John McGinn – and Ruben Dias have gone down the more tried-and-tested route by travelling to Dubai while, in stark contrast, United midfielder Scott McTominay has returned to his native Scotland for a few rounds of golf.

Whereas his teammates in the Middle East are dressed for beach holidays, the 25-year-old was wrapped up in a full tracksuit complete with a snood to keep the winter breeze at bay.

Meanwhile, plenty of players remain on international duty at the Africa Cup of Nations and more will be joining up with their compatriots over the coming days.

Liverpool duo Mohamed Salah and Sadio Mane are among those playing in the Cameroon-hosted tournament, which is at the quarter-final stage.

Chelsea stars Antonio Rudiger and Callum Hudson-Odoi also travelled to Africa despite not being involved in AFCON, with the former launching his foundation in Sierra Leone and latter spending time in Ghana.

Takumi Minamino was in action for Japan against China
(

Reds forward Takumi Minamino is in action for Japan in the Asian qualifiers over the coming days and helped them defeat China 2-0 in a qualifier on Thursday morning, but Arsenal defender Takehiro Tomiyasu has not travelled due to a calf injury.

It is not only the players who are enjoying some R&R, however, as Thomas Frank has been seen on the slopes of the Swiss Alps.

The Brentford boss, like his counterparts, will not take to the dugout again until the weekend of 4-6 February, when the FA Cup fourth round fixtures will be played.