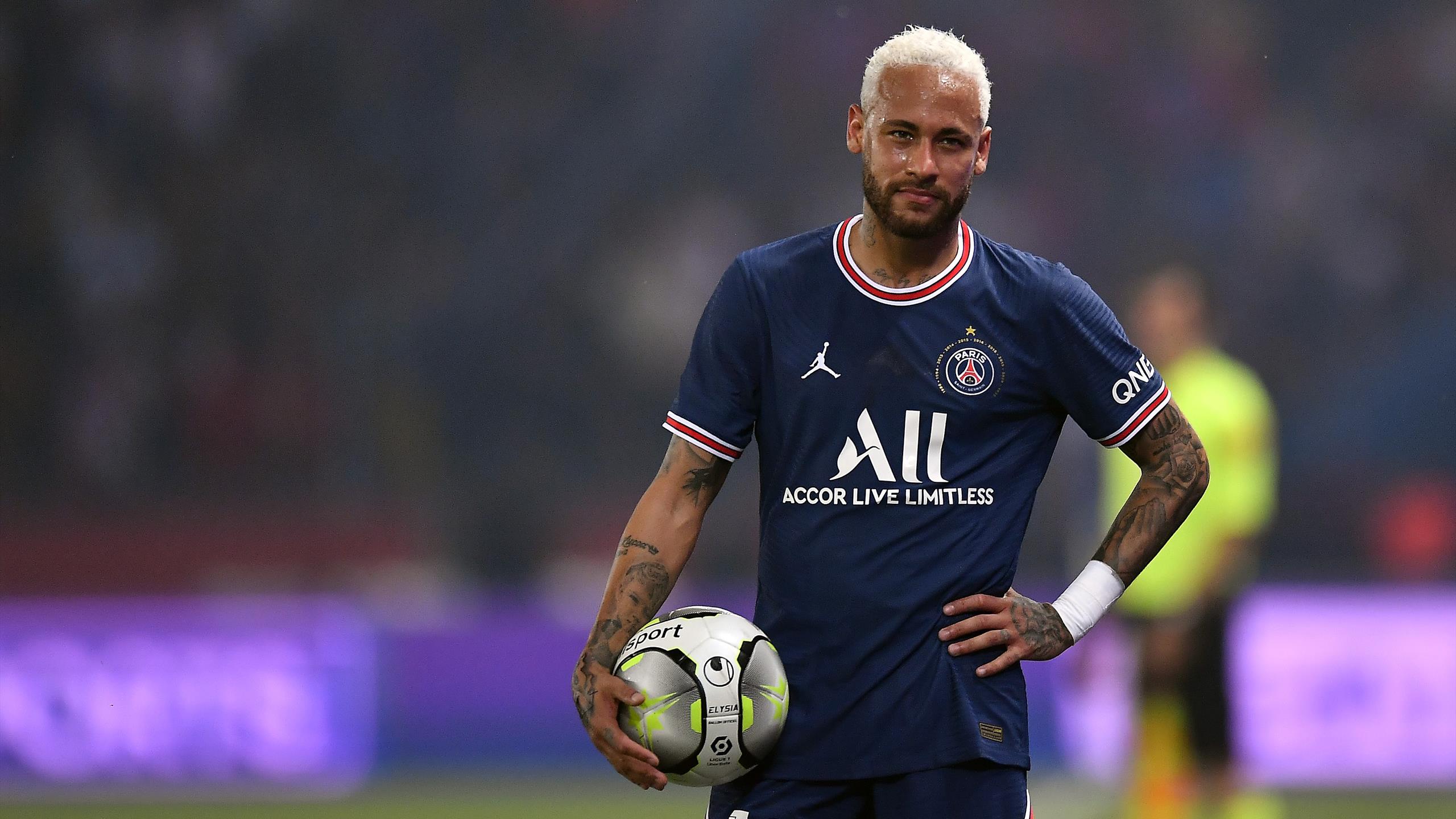 RMC, El País and Mundo Deportivo are all reporting that Paris Saint-Germain want shot of Neymar.

The jettisoning of Neymar is part of a “profound reform” of the Ligue 1 club say Mundo Deportivo, with El País suggesting that Kylian Mbappe’s renewal was contingent on a sharpening of professional practices in the French capital. Neymar’s lacklustre commitment to training – or as El País call it “his systematic indiscipline” – has been cited as the club’s main gripe. And the player’s father was informed of the club’s intention in recent days.

This news comes after Nasser Al-Khelaifi told Le Parisien last week that “we want players who love the club, who love to fight, who love to win. And we want this mentality to spread throughout the club.”

The player himself is said to feel undervalued in Paris, and intends to show the PSG hierarchy that their desire to get rid is an error. His aim now is to win the Ballon d’Or at another club, El País adds – which, if memory serves correctly, was the reason he left Barcelona in the first place. And that has not gone overly well. Perhaps best to focus on something else. Training, maybe.

Complicating matters, El Pais add, is the player’s brutal salary on a contract that runs until 2027. Thus, Neymar may have to leave on loan, with the Paris club set to cover some – read a lot – of his wages.

However, Neymar will not face the ignominy of getting farmed out to a Ligue 2 club. Nope. Chelsea, report Marca, have emerged as a potential destination for the 30-year-old. And another Brazilian jettisoned from the Parc des Princes – Thiago Silva – has stoked the proverbial transfer fires by saying that Neymar “has” to join Chelsea.

“He [Neymar] has to join Chelsea,” Silva said. “If it happens, it will be the best thing. Neymar needs no comment. So far, I don’t know anything, but I hope it comes to fruition.”

Now, on first inspection, Neymar to Chelsea seems to have as much credibility as the ITKs throwing about “Raphinha to Arsenal. Done deal. Seen the signed paperwork.” However, the Brazilian would represent a lowish risk marquee signing for the incoming ownership group, Thomas Tuchel likes a forward who excels in one-on-one situations, has previously said the player “has a good heart”, and while Neymar has hardly embellished his reputation at PSG, he is still Neymar, and is still just 30

Thus, the Brazilian might be about to set about a serious redemption arc: winning the Ballon d’Or on loan at Chelsea. Granted it is not Burton Albion, but, still, for fans of narratives, this is a narrative. Imagine the scenes as the Brazilian scores the winner in the Champions League final – against PSG obviously – and then drops the Mbappe folded arms celebration, and collects the Ballon d’Or months later with the same celebration. All while on a five-year loan. Narrative.

Anyway, the above got The Warm-Up thinking, who up until now has had the most successful loan move ever? The answer, of course, kids, is Ronny Rosenthal in 1990, where he bagged seven goals in eight games as he proved crucial to Liverpool claiming the title.

Bayern after serious money for Lewandowski

Robert Lewandowski is 33; he has one year left on his deal at Bayern Munich; he has made it publicly known he would like to leave the Allianz Arena.

Now, The Warm-Up is far from an ITK, but this had all the makings of a “cut-price” deal. Aging player. Tick. Deal running down. Tick. Come-and-get-me plea. Tick. Yet. Bayern are after €70 million, which – and The Warm-Up is far from a transfer market analyst – seems punchy. Barcelona – Lewandowski’s less-than-liquid suitors-in-chief – have rummaged around the back of the Camp Nou sofas. And have – to their credit – managed to pull together €40 million.

The Polish superstar has, according to Sport, agreed a two-year deal with an option for a third with the Spanish side, so it is just a case of hunting down that extra €30 million for Joan Laporta and co.

The Arsenal: All or Nothing teaser has dropped. Firstly, it is a bit short. Secondly, The Warm-Up is not going to do the ‘nothing’ joke. It is not better than that, it is just everyone has done it.

Instead, The Warm-Up – note the ‘The’, all the best things have a capital ‘T’ at its base of its the – is here to provide a public service announcement, and that is that The Arsenal’s All or Nothing will be released on the following dates.

Kevin de Bruyne was 31 yesterday. 31. One of those definitely-still-25 players. Apparently not.

Here he is doing what he does:

Cryptocurrency markets are tanking around the world. Bitcoin, for example, is down 70 per cent from its all-time peak in November. Many ordinary investors who got in at the height of the hype have lost a lot of money. But what does this have to do with football? Actually quite a lot, it turns out.

The crypto crash has had some very real-world impacts on fans of some Premier League football clubs. The Athletic have examined the relationship between clubs and crypto firms.

Gareth Bale’s impending move to Los Angeles FC has the Warm-Up scouring MLS’ fixture page to get up to speed with on-goings. And they are in action against Minnesota. The Bale Effect.