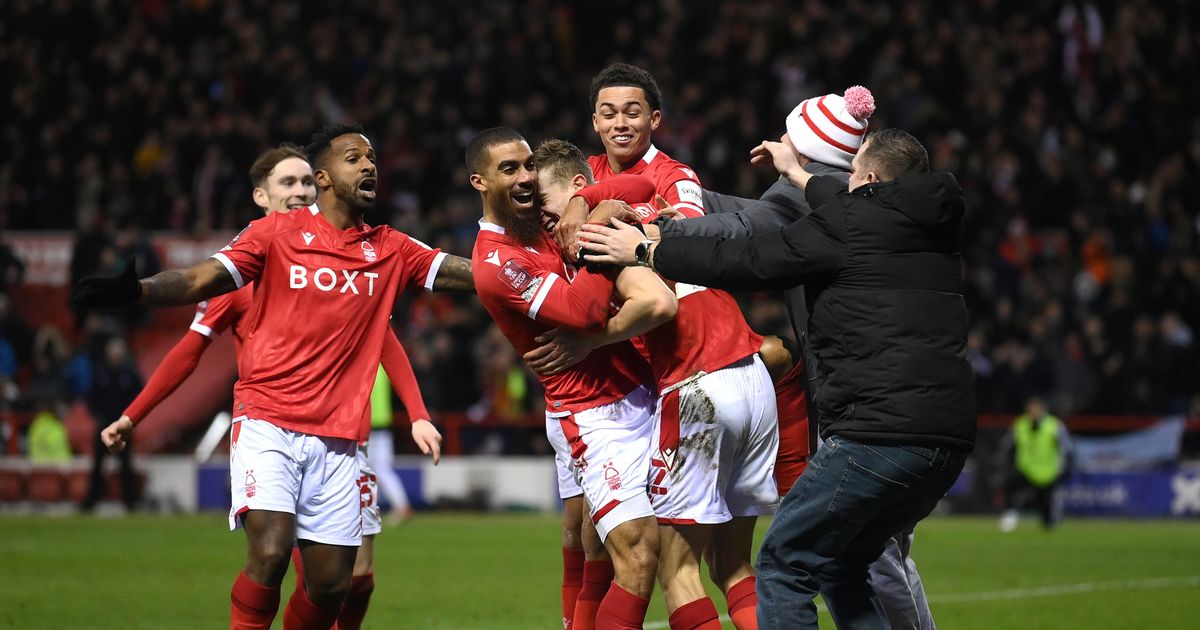 Our betting expert with tips for the Foxes at Nottingham Forest, Liverpool vs Cardiff, Bournemouth’s banana skin and Senegal-Egypt PLUS Serie A angle

Nottingham Forest are looking well up for the cup this season (

Brendan Rodgers is talking a very small game these days, isn’t he?

Bren’s busy reclaiming Leicester ’s ‘minnows’ status. If he dials back the expectations much further, the Foxes will be in League One.

Rodgers might yet have the novelty of selection decisions to make for the FA Cup trip to Nottingham Forest (4pm, BBC One) after a period scratching around for 11 fit players.

Forest will aim to keep a tight grip on things – their victims in the last round, Arsenal, didn’t manage a single ‘shot on’.

Newish boss Steve Cooper is talking up the self-belief, and the hosts surely won’t go out meekly, if at all. With selection question-marks for the Foxes, the DRAW looks the 1X2 value at 11/4 (Unibet). Add 14/1 (Bet365) ‘no goalscorer’ (both bets are 90mins).

In the early kick-off, Liverpool welcome Cardiff (12pm), who have a relegation six-pointer in the diary for Wednesday.

The Reds will shuffle, but Fabinho is one of the likely picture cards, and cued for pens too – hurry for 15/2 (Unibet) ‘anytime scorer’.

Fans of FA Cup banana skins won’t find much appealing when Boreham Wood go to Bournemouth. No chance to snoop around a fifth-tier ground (6.30pm, ITV ) or hear some flimsy local trivia from a hard-pedalling TV commentator as his damp squib sputters…

That’s a shame, as I dimly recall that there’s an unusually high concentration of driving test centres in Boreham’s neck of the woods. The commentary factoid fun basically writes itself.

But let’s park that and focus on what gear the Cherries will select. Observing the signals and manoeuvres from boss Scott Parker in round three I reckon he’ll ride the brake on the starting XI again.

Which is a roundabout way of indicating that 11/10 (Paddy) ‘second is highest scoring half’ looks like the way to go.

The Africa Cup of Nations Final (7pm, BBC) rounds off a long day of free-to-view football – and has the makings of a long day all on its own.

Mo Salah and Egypt are bidding to ‘do a Greece’ and win a major international tournament by a process of coastal erosion.

In this article:Arsenal, Featured, Juventus, Liverpool, Serie A