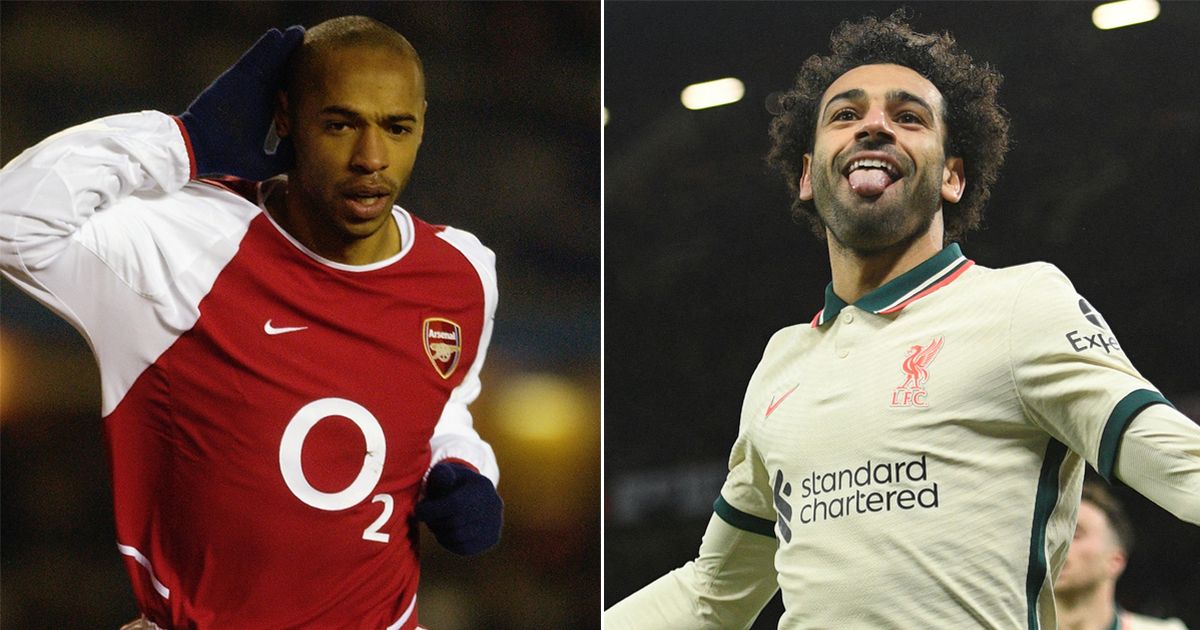 Liverpool forward Mohamed Salah is already leading the Premier League goalscoring charts by some distance, but the Egyptian international has another record in his sights

Mohamed Salah is only in his fifth full season as a Liverpool player, but he is on the verge of reaching a milestone which Premier League legend Thierry Henry and Dennis Bergkamp failed to achieve over a longer period.

Salah has already joined the league’s ‘100 club,’ with 111 of his 113 Premier League goals coming for the Reds, while he has already racked up 43 top-flight assists since moving to Anfield.

Another assist against Leicester City on Thursday – potentially his first game back after disappointment in the Africa Cup of Nations final – would take him to double figures for goals and assists in a single season for the third time.

Arsenal stars Henry and Bergkamp each only achieved the feat twice, but Salah still has some work to do if he wants to claim the all-time Premier League record.

Is Mohamed Salah the best player in England right now? Have your say in the comments section

Salah is the Premier League’s leading goalscorer this season
(

Salah has 16 goals and nine assists from his first 20 appearances in the league this season, and has never recorded more than 10 Premier League assists in a single campaign.

Spurs forward Son has eight goals and three assists so far this term, while Manchester City man Mahrez is on just six goals and four assists.

If Salah or either of his rivals make it to double-figures in both columns this season, they would join former Chelsea striker Didier Drogba in the all-time charts.

Only three players have achieved the feat more than three times in Premier League history.

Frank Lampard and Eric Cantona have both done it four times, with all of Cantona’s coming in the 90s and all of Lampard’s after the turn of the century.

However, Wayne Rooney is way out in front with five – the first in 2006-07 and the last seven seasons later – with the current crop left with a lot of work to do to match the former England forward’s achievement.

Salah is just one goal and one assist away from matching Rooney’s 2013-14 tallies, and he will surely feel the total is well within his grasp.

If he stays at Liverpool for the long-haul, that high mark of five double-doubles might well be matched before he hangs up his boots.