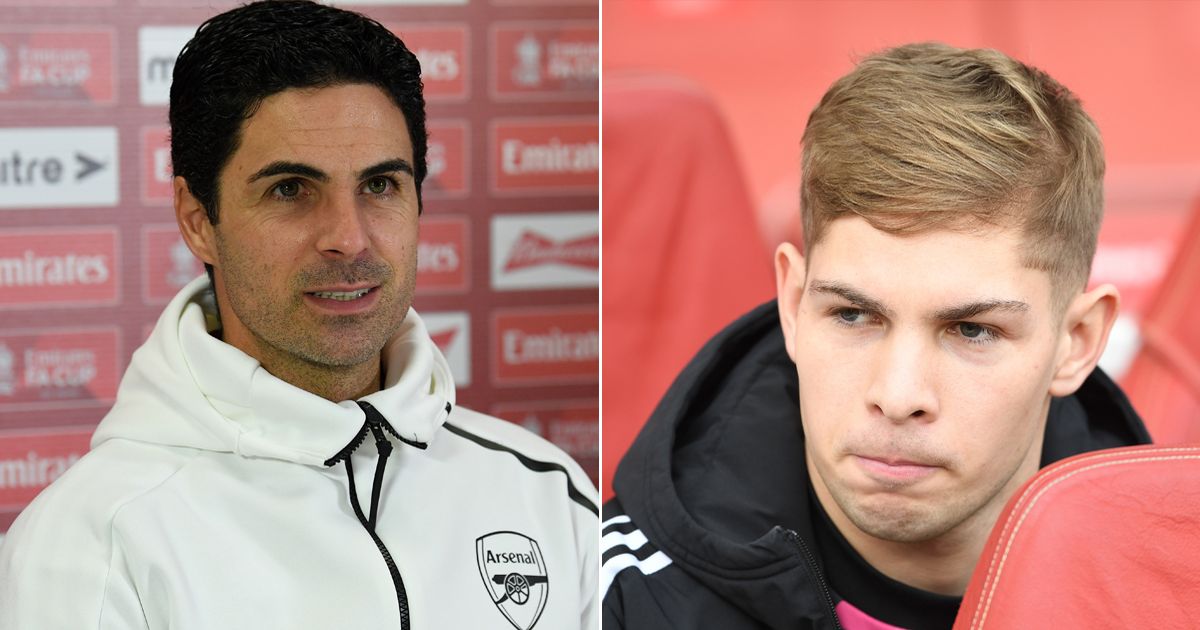 Mikel Arteta claims Emile Smith Rowe’s recent omissions from the starting XI are the product of the uber-competitive “culture” he has created at Arsenal.

Smith Rowe, 21, was the Gunners’ standout player during much of the first half of the season and he is the club’s top scorer this season with nine goals in 21 games.

However, the England international has been benched for Arsenal’s last four Premier League games after suffering a minor muscle strain in December.

Gabriel Martinelli has shone in Smith Rowe’s absence to cement himself in the starting XI, although the latter has contributed a remarkable three goals when substituted on.

Arteta was quizzed about Smith Rowe’s lack of minutes while speaking ahead of Sunday’s trip to Nottingham Forest in the FA Cup third round and admitted the youngster has been short of full fitness.

Does Emile Smith Rowe get into Arsenal’s best starting XI? Have your say in the comments!

Emile Smith Rowe started the season in blistering form, but he has been benched regularly recently
(
Advertisement. Scroll to continue reading.

“Well the main reason (behind) that was because he wasn’t completely fit to play,” Arteta said of Smith Rowe.

“He’s been carrying an issue, and that hasn’t allowed him to train regularly, to play regularly, and that was the main reason.

“Because in his performances, and what he did before that international break – there is no question that he was one of our more important and consistent players.

“The only reason that changed the dynamic was that – and obviously now that the team (has been) doing well, there are other players who are doing well, and have been performing well. That changed the situation, but I am very happy with him.”

As well as Martinelli, Bukayo Saka and Martin Odegaard have enjoyed rich veins of form, leaving Arteta reluctant to make changes to his attacking midfield.

But the Arsenal manager insists this competition can only be a good thing and he is delighted by the “culture” of teammates spurring each other on.

Arteta added: “This is why we need that, we raise the level. Each player raises the level of the player next to him, and this is how you evolve as a team.

Mikel Arteta is pleased with the healthy competition between his players
(

“How you create a culture around the team, that when I get the opportunity I have to grab it. That a statement should be done on the pitch, and not talking or making comments, and when you have the opportunity, grab it.

“Then show how good you are, and then if you do that you continue playing.”

Arsenal travel to Forest on Sunday evening before facing Liverpool in the Carabao Cup semi-finals on Thursday, with the postponed first leg rescheduled for later in January.