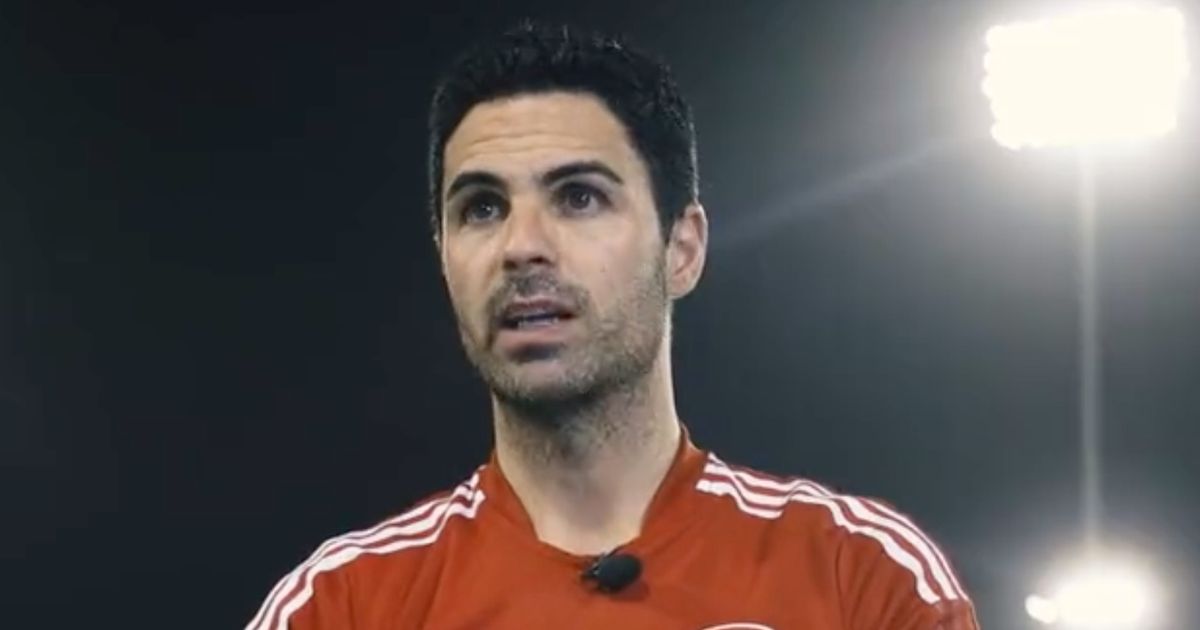 Mikel Arteta has aimed a subtle dig at Pierre-Emerick Aubameyang following his exit from Arsenal.

The Gabon international joined Barcelona on deadline day in what was a bitter end to an impressive four-year spell at the Emirates.

Arteta and Aubameyang’s dispute was made public after he was stripped of the captaincy in early December following a disciplinary breach as he arrived back late from a sanctioned trip to France.

The 32-year-old was banished from the first team and would not play another game for the Gunners as he sealed a switch to the Nou Camp.

Aubameyang hinted that it was a problem with Arteta that forced him out of the club as he was unveiled in Catalonia on Thursday.

“A difficult few months. I’ve never wanted to do anything wrong, it’s in the past,” said Aubameyang.

When asked if he had a problem with the Gunners boss, he added: “Yeah, I think it was just with him. I can’t say much, he wasn’t happy, I stayed calm and that’s it.”

Should Arsenal have allowed Pierre-Emerick Aubameyang to join Barcelona? Let us know in the comments below!

And now Arteta has responded to those remarks speaking for the first time since Aubameyang’s departure.

The Spaniard was interviewed in Dubai at Arsenal’s warm-weather training camp, saying one of the reasons they flew out to the UAE was to build the squad’s “unity and spirit”, hinting that Aubameyang’s situation during the past few months has been an unwelcome distraction.

He told Arsenal’s official website : “We had a break of two weeks and thought of the best way to maximise it, and felt the best way was to stay together for a week or so in a different environment, but with clear objectives for this week.

“Not only physically but mentally, it’s been a tough season and a tough few years. We wanted to take this opportunity to get a few things from it.

“The first thing, the training camp in these conditions is beautiful. We want to keep improving the efficiency of our game model and it’s a beautiful place to do it. The second one is to set clear objectives for what we want to do at the end of the season. We have 17 games to finish, how we are going to do it and what we want to achieve in those games.

“The third one was about building the unity and the spirit that is in the group and that has to be maintained. There’s no better way to do it not only with the players but as well with the families because they are a big part of what we do and we need them on board to keep pushing every day.”

Arsenal were able to cope without Aubameyang initially but suffered a dip in form leading up to the winter break.

And Arteta is “very confident” his players can finish the season strongly.

He added: “I am very confident because I see how much they want it and we still have a lot of things to improve.

“We have lost points showing our lack of majority in the squad, but at the same time we have won lots of games because of the enthusiasm, the passion, and the energy they bring to the team.

“So we need to keep maintaining that balance and give them confidence. When those players feel supported and they play with no fear, that’s when they fulfil their capacities and qualities.

“It is our job to do it and the fans have been crucial in that because they have really felt the players are right behind them.”