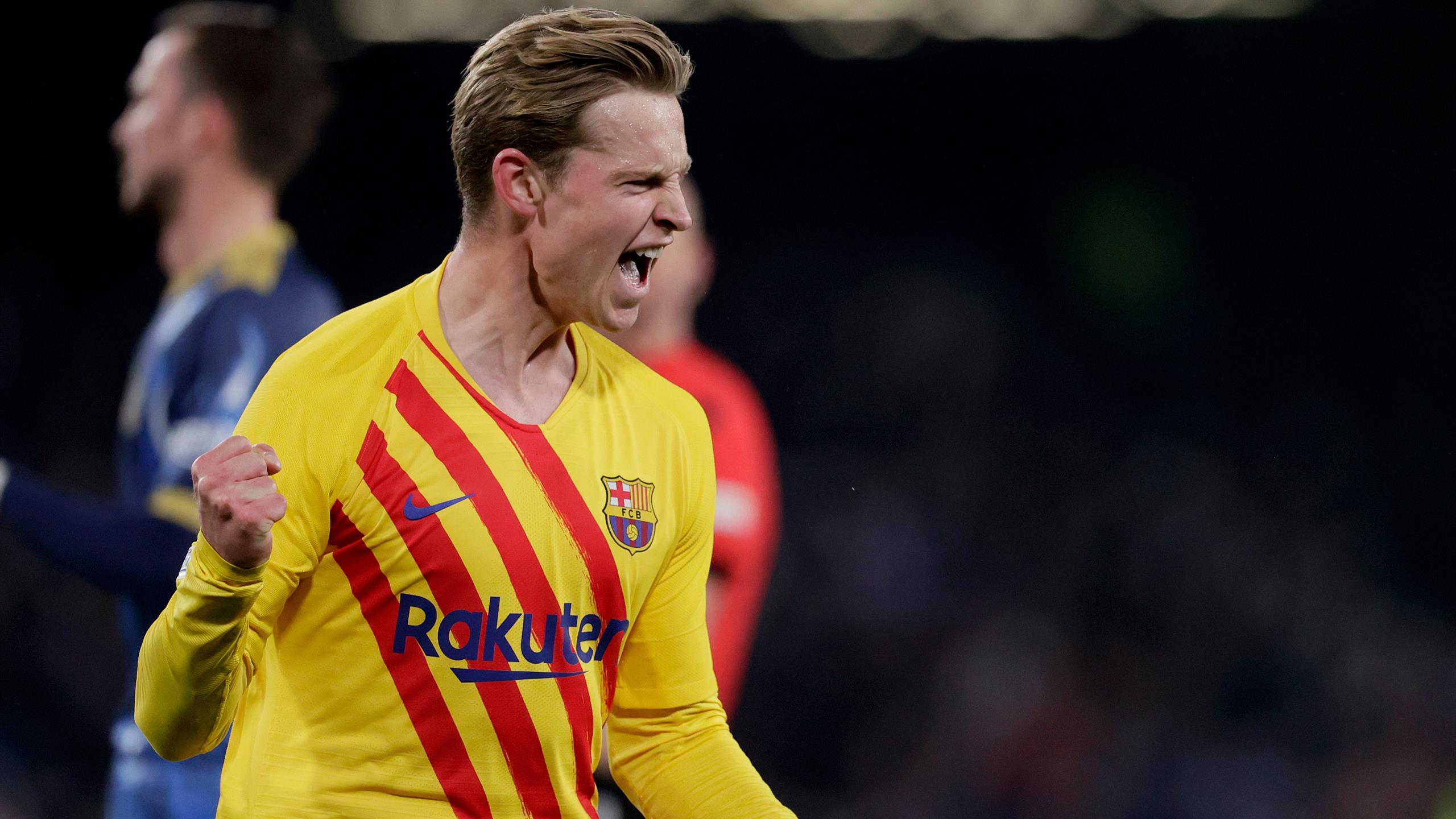 The Sun reports that Barcelona midfielder Frenkie de Jong said goodbye to the club’s fans who had offered their support during his time in Spain. He offered them shirts and boots to signal that his spell with the club is nearing its end, and Manchester United boss Erik ten Hag hopes to persuade the player to join him at Old Trafford.

Paper Round’s view: De Jong has plenty of talent and the club wants £65 million for him, which means that United probably can’t afford him nor can they offer him Champions League football. It would be a stretch to sign him so they may resort to their old strategy of overpaying for players who are not then able to deliver.

Neves ready to move on

Manchester United and Arsenal target Ruben Neves appears ready to move on from Wolves after coming to the end of the season. The 25-year-old midfielder has regularly been linked with a move away from the club and said: “Of course, all of us have dreams and we need to live those dreams in a short space of time. Let’s see what happens. I cannot say too much about it.”

Paper Round’s view: Neves is a fine deep-lying midfielder and United might find him a better and more affordable alternative to De Jong, especially as he has already adjusted brilliantly to life in the Premier League and England. If he is cheaper than De Jong then he might not have the talent that the Dutchman does, but he is more practical.

Spanish newspaper Marca speculates that Paris Saint-Germain striker Kylian Mbappe may have burned his bridge with Real Madrid forever, meaning that their rivals Barcelona could step in when his contract runs out in 2025. The key obstacle would be that PSG may offer even more money again, and that Barca are still struggling financially.

Paper Round’s view: In a few years, Barcelona could conceivably have turned their accounts around and if they are winning trophies regularly, then they could probably afford a free transfer for Mbappe even if he demanded astronomical wages. However with PSG now in charge, they could conceivably be the best team in Europe within a year or two, and Mbappe would have no cause to leave.

The Mail suggests that Real Madrid could be plotting a move for Aurelien Tchouameni. The 22-year-old French international is appealing to them after they failed to land number one target Kylian Mbappe – but they face stiff competition from around Europe, including teams such as Manchester United, Chelsea, Juventus and PSG.

Paper Round’s view: Real Madrid must be in disarray after losing a target that was central to their plans, and one that cost them the chance to rival Manchester City for Erling Haaland as well. While Tchouameni is a fine central midfielder and that would help Real, they are in danger of failing to replace Karim Benzema adequately, as he enters probably his last year with the team.