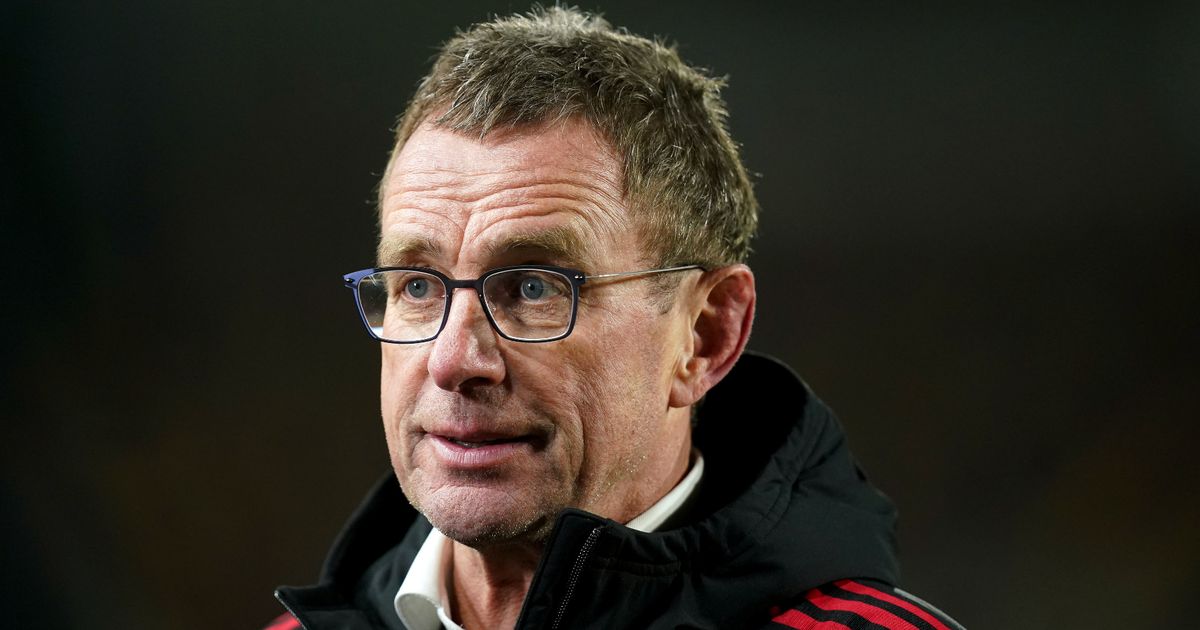 Manchester United’s hierarchy are rumoured to be unwilling to let Ralf Rangnick sign any players this month due to the fact the German is unlikely to be at the helm next term.

The former RB Leipzig boss is only Red Devils boss on an interim basis and some figures at the top of the club feel it would be harmful to allow Rangnick to make additions when he may not remain beyond the end of the season.

United were tipped by many to be in the hunt for a first Premier League title since the final season of Sir Alex Ferguson this term, but instead find themselves in a scrap for a top-four finish after a disappointing first half to the campaign.

However, Rangnick’s time in the Old Trafford dugout is increasingly expected to last no longer than the remainder of this season before the 63-year-old makes the transition into the boardroom for a consultancy role.

As a result, United are seemingly tightening the purse strings until his eventual successor is appointed.

But even for a club with the stature of United, they are likely going to need Champions League football to lure someone like Mauricio Pochettino – the current Paris Saint-Germain boss – in the summer.

In turn, United need to do all they can to secure a top-four finish but even the most optimistic members of the Old Trafford faithful will acknowledge it could prove a tall order.

It is a similar story for Arsenal, who are also on 36 points and boast one game in hand over the Red Devils.

Though United have the upper hand on West Ham with a point advantage having played a game less, even the Hammers cannot be ruled out of the race for Champions League qualification.

Many would agree with the theory that for United to give themselves the best chance of ending the season in that coveted fourth spot, they will need to strengthen their squad in areas that need addressing.

Midfield is the most glaring issue, with the performances of both Scott McTominay and Fred leaving a lot to be desired both under Solskjaer and Rangnick.

The Mali international was first brought to Germany by Rangnick and now he is wanted in Manchester.

According to Bild, Haidara is Rangnick’s number one transfer target but has already been informed of the concerns over whether he can adapt to the playing style of his eventual successor.

United are also keen on offloading a number of stars before recruiting anymore to what is a notably bloated squad, even after Anthony Martial’s temporary exit to Sevilla.

Ignoring the warning signs transmitted from some fairly lacklustre performances and failing to strengthen where Rangnick has requested is likely to only harm United’s prospects in the long run.