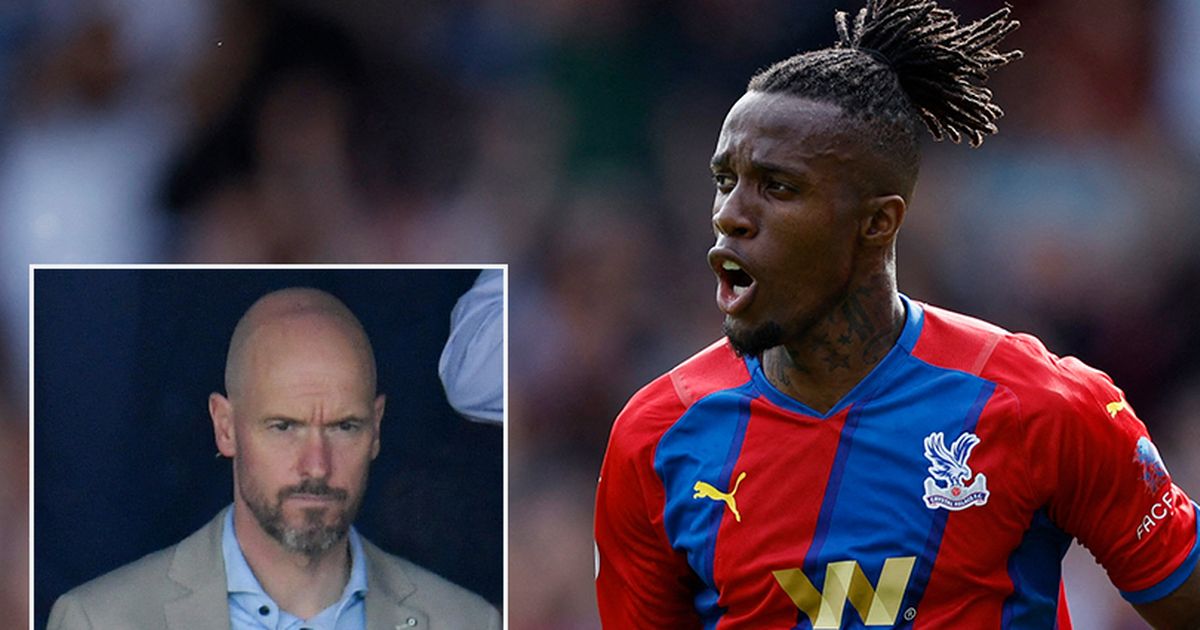 Crystal Palace 1-0 Manchester United: United bid farewell to the worst season in their Premier League history with a trip to Patrick Vieira’s side in Ralf Rangnick’s final game at the helm

Manchester United saw their worst season in recent memory come to and with a defeat away at Crystal Palace.

Patrick Vieira’s side created plenty of chances inside the opening exchanges with the bulk of their opportunities being forced down United’s right-defensive flank – manned by Diogo Dalot.

David de Gea looked to be in inspired form once again as he kept the Eagles at bay for 36 minutes, but he couldn’t hold back the tide and Palace eventually took the lead courtesy of an expertly taken goal from a former Red Devil in Wilfried Zaha.

It was a well-deserved lead for the hosts who have looked a hugely improved outfit this season under the guidance of Arsenal legend Vieira. United were thankful to come in at only one goal down at the break.

The second-half passed by with very little to note from a United perspective, with Anthony Elanga spurning the Red Devils best chance of the game from close range.

HAVE YOUR SAY! Where will United finish next season under Ten Hag? Comment below

It is some way short of the ambitions many United fans would have had before a ball had been kicked this season, but given the landscape before the final day – the Red Devils can be pleased with securing Europa League football next term.

Tipped for a title tilt last summer, things have played out rather differently and while the Europa League could be perceived as ‘below’ a club of United’s stature with their illustrious European history – it is a marked improvement on the Europa Conference League.

West Ham United have been demoted to that competition, while Ten Hag can begin to prepare for life in Europe’s second-rate tournament. It remains the last piece of silverware United lifted five years ago in Stockholm against none other than Ten Hag’s Ajax side.

United were under the guidance of former boss Jose Mourinho that night and Ten Hag will view the Europa League as a chance to end the five-year trophy drought during his debut campaign.

Incoming boss Erik ten Hag is yet to meet the players he’ll be working so closely with from pre-season onwards, but watched them all up close in person at Selhurst Park.

Ten Hag touched down in the capital on Wednesday after flying in from Amsterdam by private jet. He was immediately whisked to United’s Mayfair offices to meet other high-ranking club officials and start thrashing out plans to restore United to their former glories.

The Dutchman was appointed at the mid-way through last month after a long, drawn-out appointment process and got the chance to watch United in competitive action before the season’s end having already completed his work with Ajax.

Ten Hag is likely to have spotted plenty of things he can look to improve once he gets his hands on this side as Palace had plenty of joy against a fragile looking United.

Before kick-off, Rangnick was typically honest in his assessment of the United squad and who would still be at the club next season – with the answer a surprising amount.

“Out of our starting eleven, there will be 10, apart from Edinson Cavani, who will still be playing for this club next season.” United fans who witnessed the clash may have mixed feelings over that, with some of the more maligned players putting in another underwhelming shift.

Often criticised midfield duo Fred and Scott McTominay struggled to give United much of a foothold in the game as Conor Gallagher built plenty of attacks for the hosts.

Dalot endured one of his most difficult afternoons in recent memory up against Zaha, who ran the Portugal international ragged for much of the contest.

United fans have been waiting a long time to witness teenage Tunisian international Hannibal Mejbri in full flow and finally got the chance as he was handed his first Premier League start of the season.

The 19-year-old had already endeared himself to the United faithful after his combative display in the humiliating defeat at Anfield earlier on this season. Hannibal put in some overzealous tackles that got him in trouble with the referee, but praise from fans for his fight and spirit.

It was a similar story today with a first-half yellow card, but with some technical highlights to match. United’s more experience players saw their passing lack the kind of accuracy expected of them, but Hannibal was a livewire throughout.

A number of crucial interventions were paired with some deft touches that eased the pressure on his side in difficult moments.

There have been very few highlights of Rangnick’s United reign, but blooding Hannibal further into the first-team fold is a gift Ten Hag is likely to be extremely grateful for.

While all of the headlines will naturally go to United’s shortcomings, Crystal Palace deserve plenty of plaudits for the way they played not just against the Red Devils but all campaign.

Having finished 14th under Roy Hodgson last season, many expected Vieira to struggle to get a tune out of this Palace side – but the reality has played out very differently.

The Frenchman has ensured Selhurst Park has become somewhat of a fortress this term and has taken points off of multiple ‘big-six’ sides.

Arsenal and Tottenham were both beaten at the home of the Eagles, while Manchester City were held to a frustrating 0-0 draw. United are just the latest scalp to be taken in South East London.

They end the campaign two places better than last term with Vieira guiding them to 12th – just one point shy of a top-half finish.