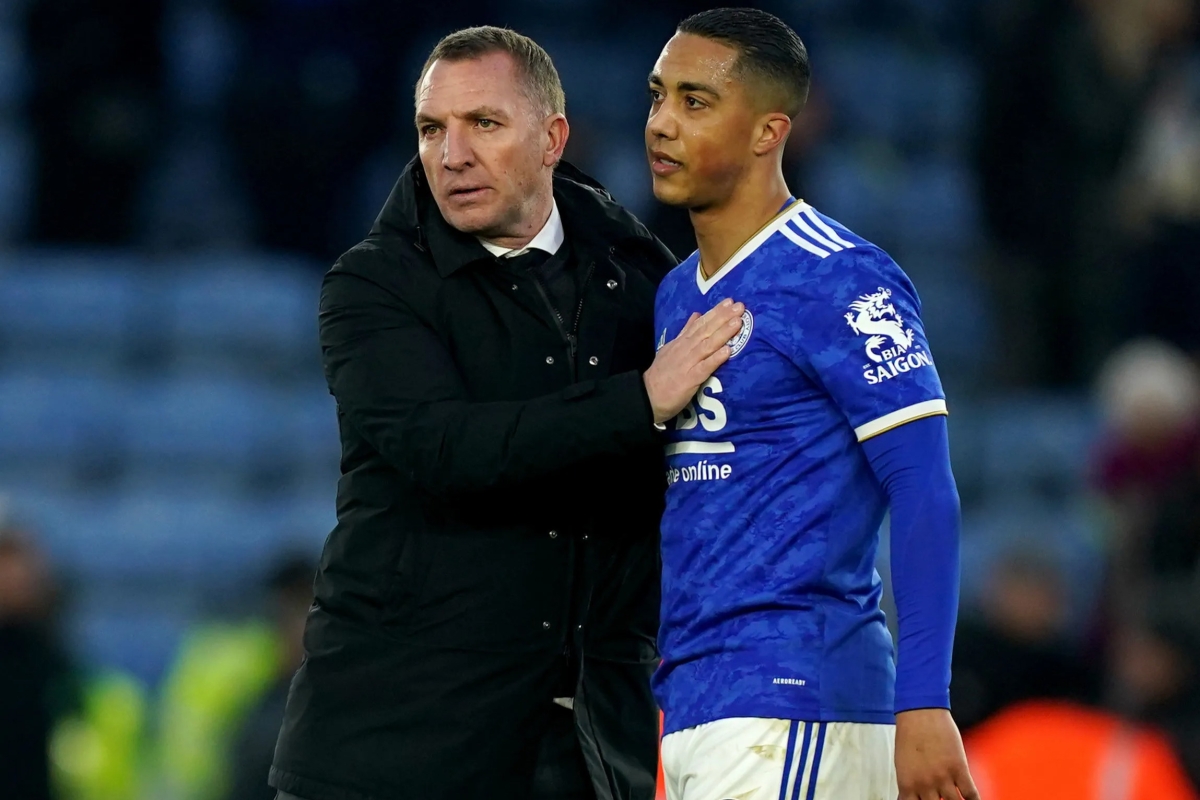 BRENDAN RODGERS praised Youri Tielemans for providing the perfect response to being benched in midweek – and said he has NOT rejected any contract offer.

Rodgers left the Foxes’ £50million-rated Belgian World Cup ace out of his starting line-up for Thursday’s 2-0 loss at Liverpool.

That increased speculation the 24-year-old was set for a summer move, with Manchester United, Arsenal, Liverpool, Juventus and Real Madrid all keen to recruit the midfield talent.

Tielemans responded with a five-star performance against West Ham, scoring the Foxes opener from the penalty spot in a pulsating 2-2 draw.

He then confused home fans by making a loveheart gesture with his hands after scoring on the eve of St Valentine’s Day.

Despite entering the final year of his contract this summer he has yet to extend his current deal leading to speculation Leicester will need to cash in on him at the end of the season.

Rodgers says he remains in the dark about Tielemans’ long-term future but denied reports from Italy that the player refused to sign a new improved contract offer this week.

“Not that I’m aware of,” he said. “I think the club would have mentioned that to me if that was the case.

“Firstly he has not declined anything. I have seen stories but the position is exactly the same.

“He is a fantastic player and there has been no movement.

“He has worked well and until his last days here, he will always give his best.

“He is a top professional and you saw his commitment today.”

“As for any contract negotiations that’s between the agent and the club. My job is to try and improve Youri as a player.”