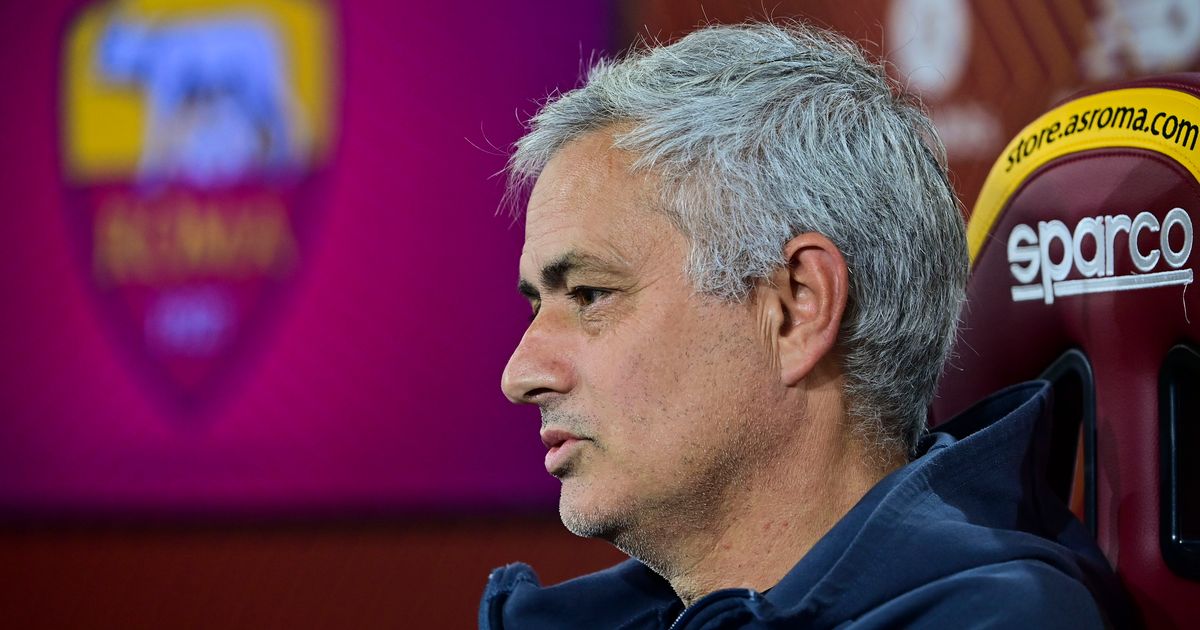 Under-pressure Roma boss Jose Mourinho is reportedly eyeing a raid on Arsenal as he faces a player exodus in the Italian capital.

The Portuguese boss is struggling at the Giallorossi, who are languishing in seventh spot in Serie A and crashed out of the Coppa Italia with a limp loss at his former club Inter this week.

Mourinho suffered an embarrassing 6-1 defeat to Norwegian minnows Bodo/Glimt in the Conference League back in October and they are struggling to keep pace with their rivals for a European place.

Goals from Edin Dzeko and Alexis Sanchez condemned Roma to defeat in the Coppa Italia on Tuesday night – a competition the club have not lifted since 2008.

Mourinho was recently savaged by the Italian press after a series of poor results and the pressure on his position is unlikely to ease without a sustained run of positive results.

Have Your Say! Will Jose Mourinho be able to revive his fortunes at Roma? Tell us what you think here.

The defeat to Inter in midweek was another low point, with the Portuguese boss turning his ire on the club’s players following their meek performance.

Mourinho was reported to have blasted his players in the dressing room after the game, stating: “I want to know why, playing face to face with Inter, you screwed up in the first ten minutes!”

“And then I want to know why, also against Milan, you screwed up in 10 minutes! Everyone, no one excluded!

“Inter is a super team, you had them in front of you and instead of finding the right motivations, you screwed up! The biggest flaw in a man is lack of balls, lack of personality.

“Are you afraid of games like this? Then go to Serie C, where you will never find teams champions, the best stadiums or the pressure of great football. You are people without balls.”

That led to Football Italia citing Corriere dello Sport as claiming that five Roma players were planning to quit the club with Jordan Veretout, Roger Ibanez, Matias Vina, Henrikh Mkhitaryan and Nicolo Zaniolo all said to be on the way out.

A fresh report in Gazzetta dello Sport now claims that Mourinho is plotting an £83million investment in his squad to help replace players set to exit the club.

At the top of his list is Arsenal midfielder Granit Xhaka, of whom Mourinho is a long-term admirer and whom he attempted to sign last summer.

Roma’s Friedkin family owners would have to show a significant show of trust and faith in Mourinho to back his grand plans in the transfer market.

It has not been an easy season for Mourinho in the Italian capital and further significant investment will surely pile on more pressure to deliver improved results.

In this article:Arsenal, Featured, Serie A