How Arsenal could line-up next season with new-look attack including Rafael Leao, Isak and Calvert-Lewin 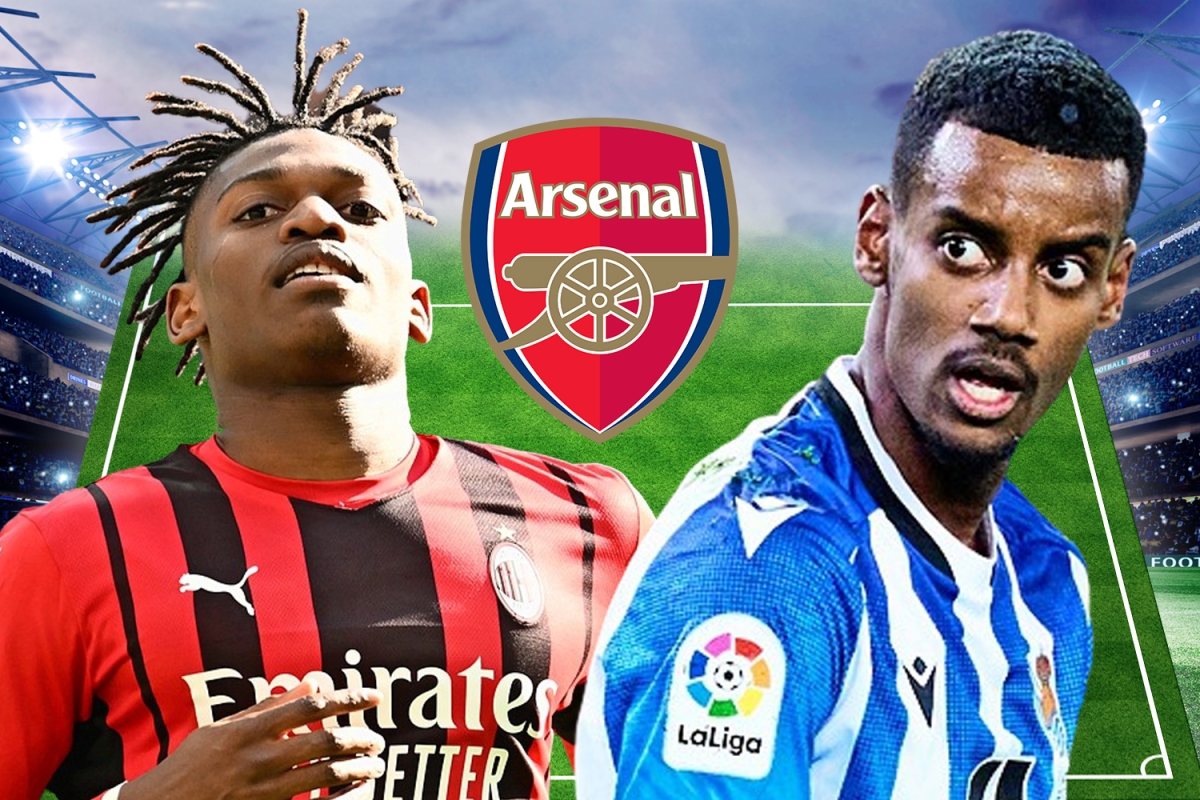 ARSENAL could have a completely new frontline come the start of next season.

With Pierre-Emerick Aubameyang already out the door after his move to Barcelona, and both Alexandre Lacazette and Eddie Nketiah out of contract come this summer, Arsenal will have to dip into the striker market.

As SunSport exclusively revealed, the Gunners are set for another transfer splurge, their biggest ever with Dominic Calvert-Lewin, Alexander Isak and Rafael Leao all being targeted.

All three strikers would almost certainly cost a fortune.

Everton and Wolves were told to fork out £50million for Leao last year but this term he has ten goals and six assists, which could drive his price up.

Leao could play off the left-hand side starting all of his 27 appearances from that position this season.

Real Sociedad’s Isak has a £75m buy-out clause but has just four league goals to his name this term.

Isak could play off the right due to his lightning pace and trickery with the ball at his feet.

And Everton’s Calvert-Lewin could come at a cost of £60m.

The striker is also attracting interest from West Ham, who hope to break into the top-four this season.

Calvert-Lewin has missed most of this season through injury, but when fit he is capable of reaching double figures in goals.

His aerial presence would see him start as a No9, battling with the opposition’s centre-backs.

Alternatively, Isak could partner Calvert-Lewin up front, whilst keeping Leao on the left flank.

Hale End academy product Bukayo Saka could then come into the side and play off the right.

Partey and Xhaka would have a lot of work to do in the midfield though.