Fan Tokens: A dream debut at the Camp Nou... with Eto'o and David Sanchez 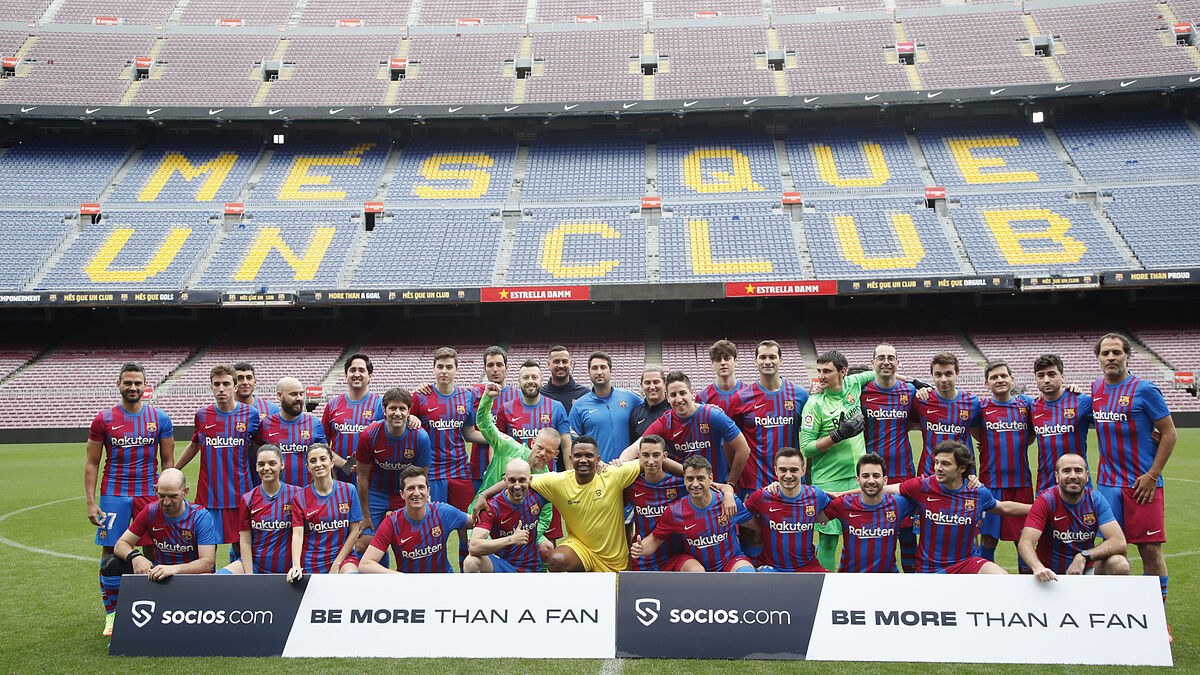 A morning to remember. On May 25, the Camp Nou opened its doors to 21 Barcelona Fan Token Holders. However, it did so in a different way. The fans, always loyal to their club, moved from their usual position in the stands to the pitch. Thanks to Socios.com, they became the stars of what happened in the Blaugrana‘s home.

As happened a few weeks ago at the Estadio Wanda Metropolitano, the app that created the Fan Tokens was holding its third ‘Live the Dream’ event on Spanish soil, with it being the second in Barcelona. The Camp Nou and the Catalan club were now the hosts of a unique event that brought together fans, journalists (David Sanchez of Radio MARCA) and legends: Samuel Eto’o, as ambassador of LaLiga, stepped on the pitch of his former home… and scored again.

To participate it was only necessary to be in possession of at least one Barcelona Fan Token (available at Socios.com through their app) and participate in the selection process, which began several weeks ago. Once selected, the event had all the comforts to make you feel like a star.

Arriving at the stadium in the first-team bus, getting dressed in the Camp Nou dressing rooms, heading onto the pitch through the tunnel as if it were an official match and even hearing your name called out over the stadium’s megaphone in the build-up to the game. Then, of course, the match kicked off. The goals came and also the excitement and tension about accompanying Eto’o as he stepped onto the pitch. A memory, of course, that will stay with those who enjoyed this opportunity for the rest of their lives.

Everyone also received the shirt they played in as a souvenir. And it was completely personalised, with their name and their chosen number. They did not miss the opportunity to ask Eto’o to sign it for them.

A legend of the Blaugrana club. Scorer of 130 official goals in a Barcelona shirt and winner of countless trophies, participants of Socios‘ ‘Live the Dream’ event had the opportunity to recreate some of Eto’o‘s most memorable Barcelona goals. In fact, the selection of the goals had been made through the Socios.com app in the weeks leading up to the event. Two iconic goals were recreated: one against Real Madrid (the one that opened the scoring at the Bernabeu on the day of Ronaldinho’s brace) and the equaliser against Arsenal in the Champions League final.

The iconic Radio MARCA journalist did not want to miss the Socios.com party at the Camp Nou. The presenter travelled to Barcelona to wear the Barcelona shirt and share the pitch with Samuel Eto’o.

“It was spectacular. It was very well put together. The 21 fans who had the opportunity to do this had a great time. In the dressing room they saw the lockers of all the players, then Eto’o arrived and chatted one by one with all of them”, says David Sanchez.

“The match was a spectacular experience because it is beyond anyone’s reach. Nobody can do that. Or almost nobody. It’s the dream come true to feel like a footballer for a day,” adds the Radio MARCA journalist.

Soon you will be able to see his experience in MARCA.com.

Socios.com is the only thing you need to enjoy this new universe of opportunities to interact with your team. A mobile app, available for iOS and Android, through which you can buy your Fan Tokens, vote in polls and participate in a host of games, contests and features through which you can win exclusive prizes.