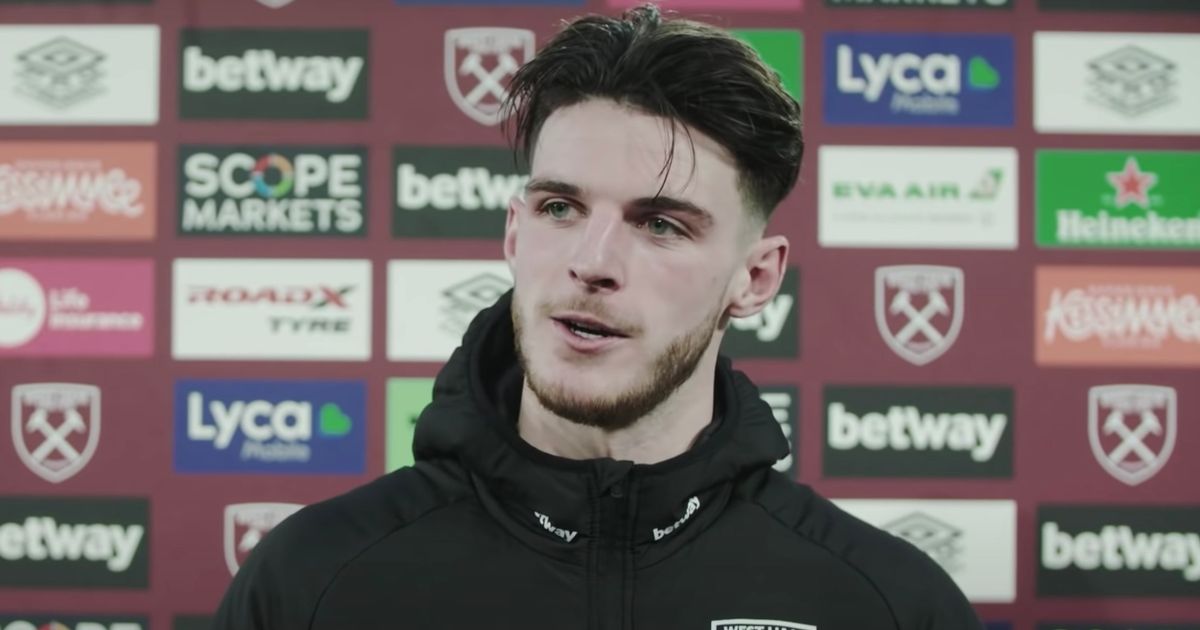 Declan Rice insists he would pick Cristiano Ronaldo over Lionel Messi to take a decisive penalty – even though he believes the Argentine is the superior player.

The great rivalry between Ronaldo, who turns 37 on Saturday, and Messi, 34, continues to capture the imagination of footballers as well as fans across the world.

West Ham midfielder Rice is the latest to offer his take on the enduring debate over who is the greater talent out of the Manchester United striker and his Paris Saint-Germain counterpart.

The England international, 23, believes Ronaldo is unmatched when it comes to producing on the big stage with the biggest honours on the line.

But Rice admits Messi is a “special” phenomenon and doubts there will ever be another player of his ilk.

Do you agree with Declan Rice’s verdict on the Cristiano Ronaldo-Lionel Messi debate? Have your say in the comments!

When quizzed on who he would pick to take a high-pressure spot kick, Rice told Gary Neville’s The Overlap : “[I’m] Going to have to say Ronaldo – 100 per cent Ronaldo.

“The penalties he’s scored in big moments, Champions League finals, tournaments. I’d 100 per cent put my money on CR7 for the big occasions.”

There is no doubting Ronaldo has the superior record from 12 yards, with a success rate of 83.6 per cent across his career compared to Messi’s 77.9 per cent.

However, Rice acknowledged there is more to football than converting from the penalty spot.

Expanding on his verdict on the Ronaldo-Messi debate, he added: “You know what, it is such a hard question because obviously what him (Messi) and Cristiano Ronaldo have done is a freak of nature, nobody will ever do that ever again.

“Messi, I just feel what he does with a football, he is just special, and I don’t think we will ever see a player like that ever again.”

Rice and Ronaldo have already faced off in the Premier League twice this season, with the Portugal captain prevailing on both occasions.

The former Real Madrid and Juventus star scored as the Red Devils came from behind to win 2-1 at the London Stadium during a dramatic encounter in September.

And in late January, Ralf Rangnick’s side left it late but snatched all three points as Marcus Rashford scored deep into added time.

The two teams are vying for Champions League qualification and Manchester United currently occupy fourth spot, one point ahead of the Irons with a game in hand.

But Arsenal and Tottenham are also in the race and will leapfrog their rivals if they win their own games in hand.