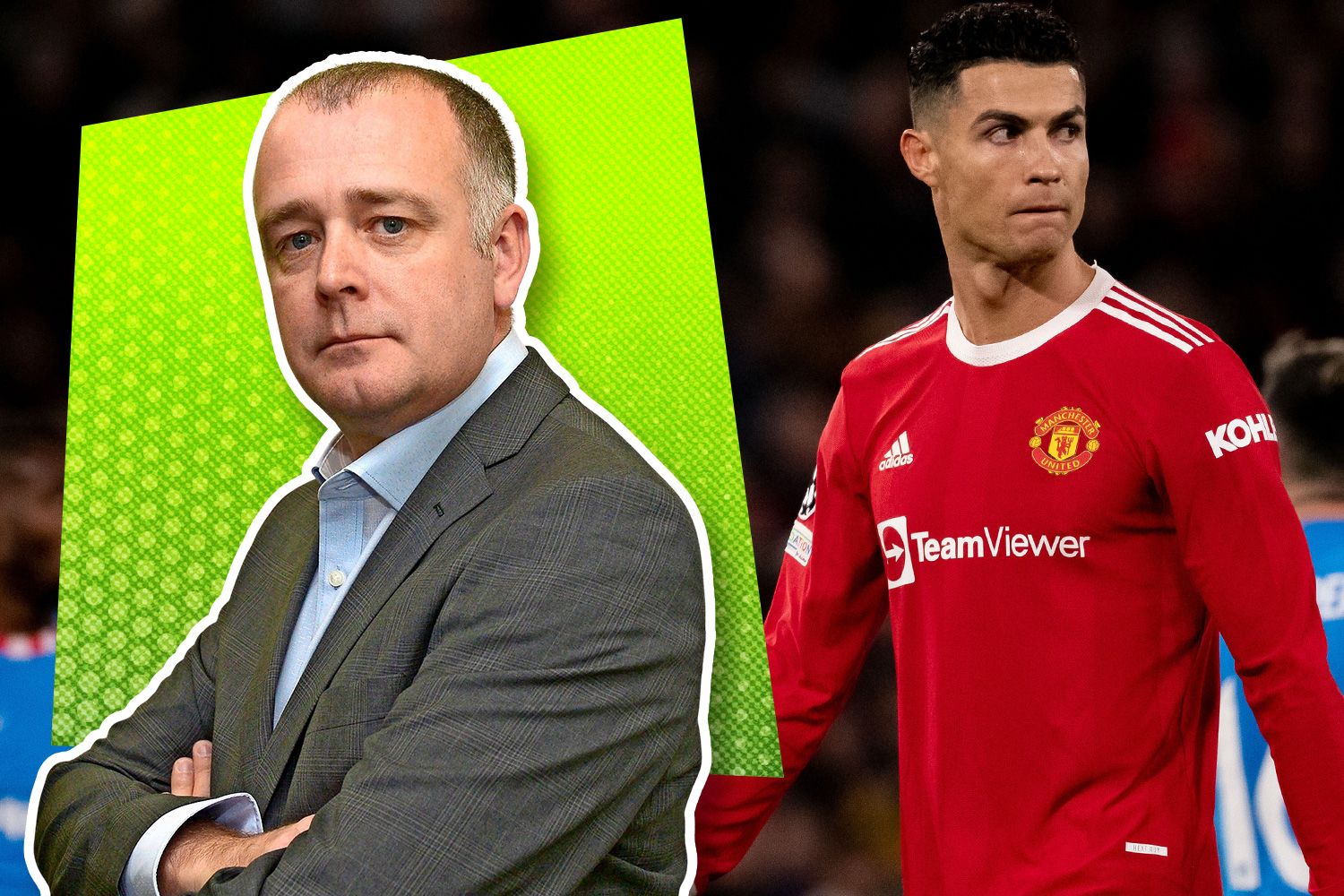 THE most famous footballer in Premier League history wants to leave England’s most famous club.

So, yes, as a celebrity story, Cristiano Ronaldo’s desire to leave Manchester United is undeniably big.

Because any serious-minded elite club who wish to match Ronaldo’s ambition of winning the Champions League, will recognise a 37-year-old on vast wages who, while still scoring plenty of goals, has made teams collectively worse in recent seasons.

And any serious-minded elite footballer, with ambitions of winning the Champions League or Premier League any time soon, will recognise a club which hasn’t come close to winning either trophy in almost a decade.

A team which lost their last six away games, clocked up just 57 Premier League goals and 58 points, conceded more goals than Brentford, and ended up with a zero goal difference. 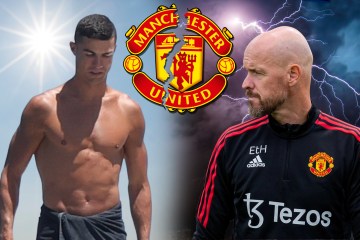 Somehow, United finished sixth — but the same points total the previous season would have left them 11th.

They are sinking into mid-table, in a league so wealthy that mid-table clubs can buy world-class players and pay them handsomely.

New manager Erik ten Hag must privately fear that things will get worse before they get better.

The imminent signing of Christian Eriksen is an intriguing one, and a heartwarming one after the 30-year-old Dane’s cardiac arrest at last summer’s Euros. It may even be a genuinely good one.

But how many emerging world-class players will be attracted to United?

By now, footballers — especially those from overseas — are entering their prime years with scarcely any recollection of United having ever been any good.

United’s hierarchy often confuse ‘famousness’ and vast social-media numbers, with them being a desirable destination for top-quality footballers.

And, increasingly, they will begin to realise the difference. Ten Hag, a realist, seems to understand this.

He is looking to mould a new United in his own image — made up predominantly of young players and imports from the Dutch League.

This is a long-term strategy, with no guarantee of success, and it will need the sort of patience which the sensible majority of Arsenal fans are offering Mikel Arteta.

So Ten Hag is unlikely to mourn Ronaldo’s departure.

Yet the timing of the Portuguese’s news smacked of selfishness from Ronaldo and shyness from Ten Hag.

It is more than two months since Old Trafford last staged a United match — and Ten Hag had made a major play of ‘getting to work early’ after his departure from Ajax.

So why didn’t Ten Hag initiate Ronaldo’s exit, rather than waiting for it to happen?

When he was interviewed for the job, we were told the Dutchman boldly delivered home truths to Old Trafford’s hapless executives.

And while Ten Haag wasn’t swayed by his countryman Louis van Gaal declaring United a ‘commercial club not a football club’, he must have recognised a large dollop of truth in that statement.

A ballsy incoming manager would have been more proactive on Ronaldo. And Ten Hag is not going to succeed at Old Trafford as a shrinking violet.

United and Ronaldo re-married in haste last autumn — and both repented at leisure during a turgid, tumbleweed, driftwood campaign.

Ronaldo was not a dressing-room troublemaker.

He remains an excellent pro with the highest standards — as his desire to win more trophies at 37 seems to prove.

But when Ronaldo is at your club, everything becomes about Ronaldo — on and off the pitch.

That is not even meant as a criticism, it’s just a fact.

When you have a prolific goalscorer in your team, he will always be a focal point.

But when that prolific goalscorer doesn’t have the stamina or inclination to defend from the front, you have a problem in modern football.

And when you employ a Galactico with half a billion social-media followers, his every move will flood the internet.

There’s no point in an old-school hack like me pretending otherwise — and there’s certainly no point in United doing so.

Ronaldo didn’t cause United’s problems. His re-signing was symptomatic of those problems and it accentuated them.

So where will the five-time Ballon d’Or winner go next? Unless new Chelsea owner Todd Boehly is especially daft, it will not be to one of Europe’s top ten clubs.

The smart money is on Napoli — who, unusually, manufacture their own shirts and so would benefit far more than most clubs from selling tens of millions worldwide.

Because Ronaldo is very, very famous and he is still very, very good at scoring goals.

He couldn’t even improve United.

The last two – against Australia and the Barbarians – when their opponents were reduced to 14 men.

They’ve had losing records in their last two Six Nations campaigns, including back-to-back Calcutta Cup defeats to Scotland for the first time in the professional era.

And they failed to show up for the 2019 World Cup final, despite being firm favourites.

Eddie Jones, the highest-paid coach in world rugby on £750,000-a-year, is lucky that his sport does not enjoy a higher profile.

NICK A BRIT OF ALRIGHT

UNLESS you’re a tennis aficionado who watches the sport keenly outside of Wimbledon fortnight, there are only two things you really want to see at the All England Club – British victories and almighty tantrums.

And given that British victories are scarce in the second week, tantrums will have to do.

Middle Englanders, who make up the majority of Wimbledon crowds, are generally a reserved and polite bunch.

And whether they admit it or not, they enjoy nothing more than watching somebody being spectacularly rude.

Which is why the talented Aussie attention-seeker Nick Kyrgios was right to declare himself ‘one of the most important people in the sport’.

Rudeness, and arrogance too? Golly gosh, how frightfully exciting.

FOURTEEN of the world’s top 15 golfers are due to play at this week’s Scottish Open.

But Lee Westwood and Ian Poulter – who have made a combined total of 161 Major tournament appearances without a single win – are banned for taking shedloads of Saudi blood money to play in ‘rebel’ LIV Golf events.

The two Englishmen are among 16 golfers taking legal action against the DP World Golf Tour to fight their punishments – even though they had been warned of serious consequences if they got into bed with Saudi human-rights abusers.

Who could ever have imagined that golfers, and lawyers, might be so utterly shameless?

BERNIE ECCLESTONE, the former goblin overlord of Formula One, claims he would ‘take a bullet’ for ‘first-class person’ Vladimir Putin.

But at least the billionaire weirdo is an old has-been who no longer holds any power in the sport.

World tennis chiefs at the ATP and WTA, who have fined the All England club and Britain’s LTA for banning Russian players from Wimbledon, are dangerous appeasers who will not be regarded kindly by history.