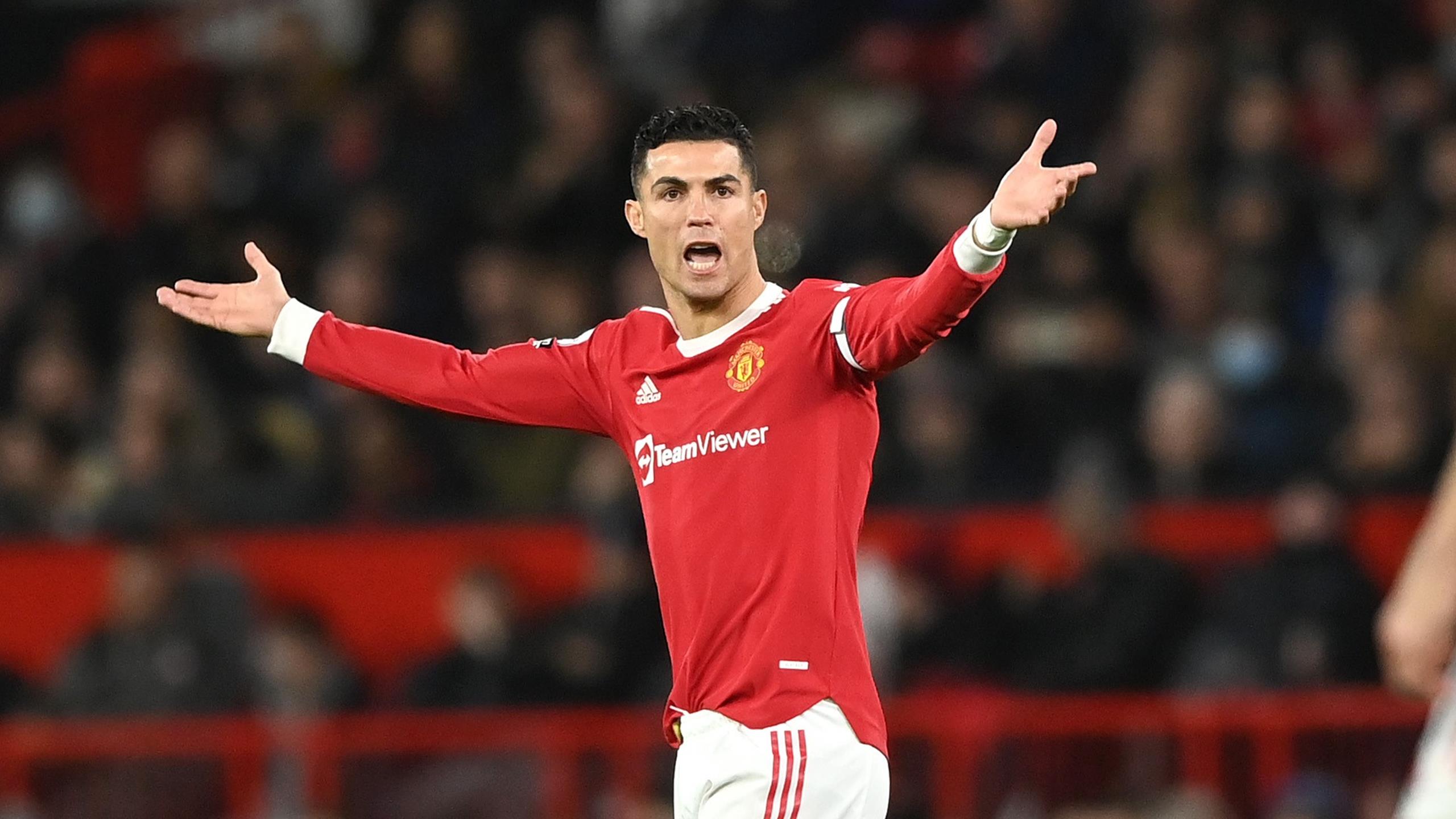 Cristiano Ronaldo has told his agent Jorge Mendes that he wants a new club due to being fed up of playing at Manchester United, according to Sport in Spain, who claim that Mendes’ “excellent relationship” with Barcelona president Joan Laporta, plus Xavi Hernandez’s need for goals, make Ronaldo to the Nou Camp a distinct possibility in the summer. Mendes will put Ronaldo’s name “on Barcelona’s table” regarding what would be a sensational transfer for the former Real Madrid star.

Paper Round’s view: Sir Alex Ferguson and a host of former Manchester United players got on the phone to prevent Ronaldo from joining Manchester City in the summer, so who with Real Madrid ties will be on the blower if the forward edges towards a move to Barcelona? Zizou? Sergio Ramos? Gareth Bale in-between his morning and afternoon round? It’s a summer saga waiting to happen.

The cost of Vlahovic

Arsenal have made Fiorentina striker Dusan Vlahovic their primary January transfer target, but the Mail reports it’s a move that could cost the Gunners £150m. On top of Fiorentina’s £58m asking price, the minimum amount they are looking for, there are also the player’s £300,000-per-week wage demands plus £15m in fees to the player’s camp to contend with. On top of this, the transfer hangs in the balance as Vlahovic is eager to play top-level European football, something Arsenal cannot guarantee.

Paper Round’s view: If Arsenal do cough up £300,000-a-week then that may well be enough to convince Vlahovic, who wants to play in the Champions League and would almost certainly help the Gunners in their top-four pursuit this season. It’s a conundrum for Arsenal, a side hoping to attract top-quality players yet out of the Champions League for five seasons now, and they need someone like Vlahovic to take the gamble to help them return to the promised land.

A major women’s transfer story, and an exclusive for the Telegraph, as both Barcelona and Paris Saint-Germain are looking to sign Arsenal striker Vivianne Miedema this summer. The Holland international could yet extend her contract at Arsenal, but with her current deal expiring at the end of the WSL season, French league winners PSG and European champions Barcelona are the two leading contenders to prise her away from London, while clubs in USA could also make a move for the 25-year-old.

Paper Round’s view: This will be a major test for Arsenal, who reportedly made an attempt to extend her contract in December. As the months go by, and while Miedema’s future still remains unclear, talk of a move away will only increase, and there will be no shortage of clubs looking to snap up one of the best in the game, who at 25 still has plenty more to give – and may well fancy a new challenge.

The Daily Mail have picked up on a report from Telegraaf journalist Mike Verweij claiming Ajax have made an €18m bid for Tottenham’s Steven Bergwijn. Spurs boss Antonio Conte is willing to let the winger leave this January transfer window, and a return to Holland is on the cards for Bergwijn, who signed from PSV for £27m two years ago.

Paper Round’s view: Spurs may want a little more to recoup the fee they paid on Bergwijn, particularly as this will go down as a transfer flop as far as the club are concerned. The 24-year-old has never quite managed to hold down a starting spot, and that stunning debut goal in the victory over Manchester City almost two years ago suddenly feels like a very long time ago.

Man Utd survive Villa onslaught to scrape into fourth round