Martin Odegaard’s 30th-minute free kick earned Arsenal their second win of the Premier League season with a 1-0 victory over Burnley at Turf Moor on Saturday.

The midfielder curled the ball beautifully into the top corner of Nick Pope’s goal, helping take Mikel Arteta’s side on to six points.

Arsenal had lost their opening three games of the season but broke that poor run with a win over Norwich City last week and they will now head into next week’s North London derby with Tottenham with some confidence.

“It was a hard-fought victory at a really tough place. You have to be ready for a fight,” Arteta said. “We have players who are not at their strength playing in this type of game, but they did their best and we got the win. I’m very proud of them defensively and I’m really pleased with the win.

Thomas Partey made his first start of the season for Arsenal and his presence, behind Odegaard and Emile Smith Rowe, resulted in a more balanced look to Arteta’s midfield.

Nicolas Pepe had the first chance of the game after good work from Kieran Tierney down the left but the winger was unable to make the most of the ball into the near post.

Burnley’s Chris Wood was off target with a header when he was left unmarked in the box but Sean Dyche’s side struggled to find any fluency.

Odegaard’s free kick came after Bukayo Saka had his heels clipped by Ashley Westwood outside the area and the goal sent Arsenal in ahead at the break and left Dyche needing to find a way to shift the momentum.

The Burnley manager threw on forward Matej Vydra and recent signing Maxwel Cornet — who was making his debut — and the change brought the home side and their fans to life.

The hosts thought they had a chance of an equaliser when Vydra went down under a challenge from Arsenal goalkeeper Aaron Ramsdale and referee Anthony Taylor pointed to the spot.

But when VAR intervened, Taylor went to the pitchside monitor and overturned his decision after seeing footage showing Ramsdale playing the ball.

Burnley were throwing balls into the penalty area but were unable to create any real openings until Cornet found Jay Rodriguez in the final moments and his header from a difficult position flew just off target.

Burnley remain winless in 19th place with just one point from their opening five matches but Dyche, who just signed a new four-year deal with the club, said he was pleased with the performance.

“We created a couple of good-ish chances. We took the game on fantastically well, but you’ve got to find that killer edge. I thought we defended very well today and limited Arsenal to very few chances, which is difficult to do,” he said.

“It’s very rare that we dominate a game today like we did against them. That clinical edge in both boxes is important. That was a really strong performance in the end.” 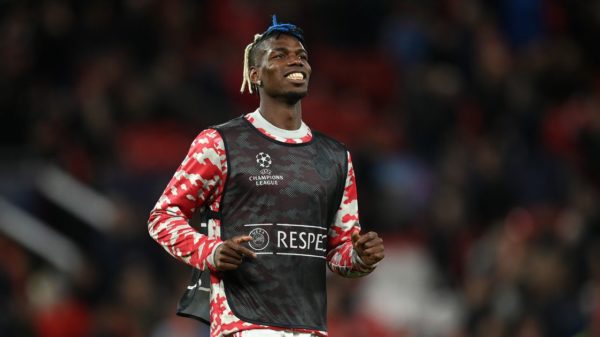