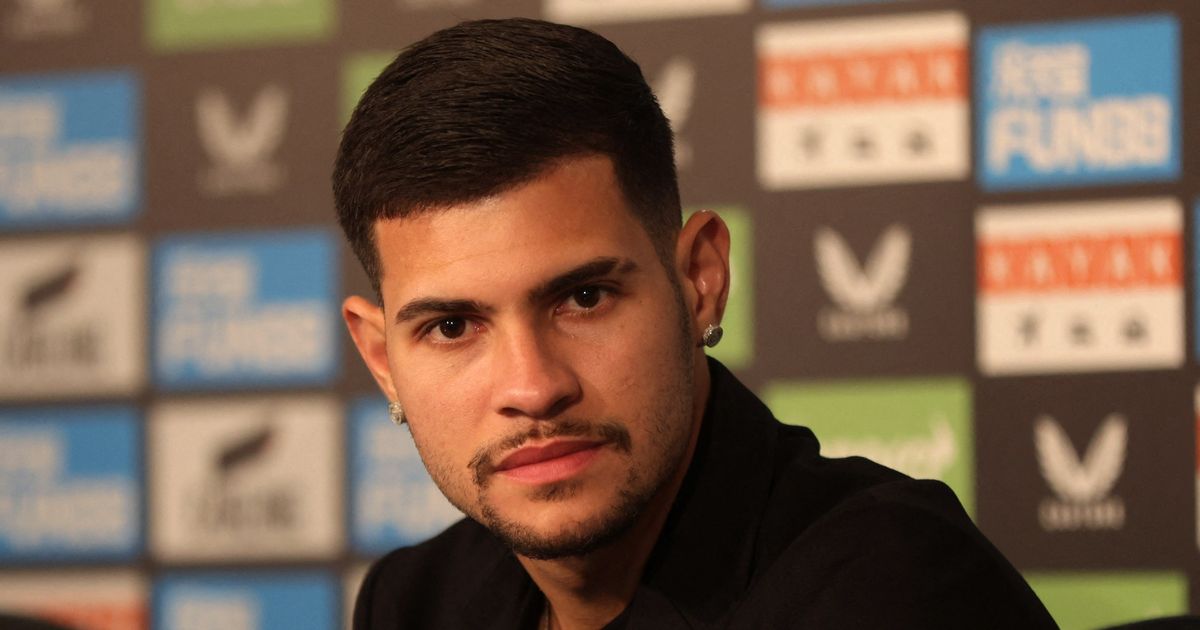 The Brazilian midfielder joined from Lyon for £33.5 million in January but insists he wouldn’t have done so if he thought the Magpies would get relegated this season

The midfielder was highly regarded as one of the best in his position during the first half of this season in France, which makes him even more of an impressive signing for the Magpies.

Not only that, despite being in a serious relegation battle with the potential to be playing Championship football next season, Eddie Howe’s side fought off competition from Arsenal in order to secure the signature of the 24-year-old.

While he had plenty of interest from top clubs in Europe, including Juventus, the Brazilian was convinced enough by Newcastle ’s long-term project to join the club.

And upon being presented to the media on Monday, Guimaraes revealed that he wouldn’t have joined the Magpies if he didn’t believe they would stay up this season.

Do you think that Newcastle have what it takes to stay in the Premier League this season? Let us know your thoughts in the comments section below.

Bruno Guimaraes was unveiled to the media on Monday
(

Asked if Newcastle can avoid the drop, Guimaraes replied: “Definitely – if not I would not have accepted to come here.

“I am happy with the squad and the manager.

“Staying up is our main objective.”

The Magpies languish in 19th place in the English top flight this season, having one just twice in 19 games, yet that presents no issue to Guimaraes.

Despite their place in the bottom three, Newcastle are just one point from safety and do have a game in hand on 17th-placed Norwich City.

But getting out of trouble won’t be easy and Howe’s side still have to play Chelsea, Tottenham Hotspur, Liverpool and Manchester City before the end of the season.

They also have to host Arsenal, the club who Guimaraes turned down ahead of sealing a move to the north east.

Guimaraes has also been speaking to the club following his move
(

But the Brazilian reveals that he was attracted by Newcastle’s project, which ultimately convinced him to sign, and that nowhere else quite matched the same appeal as the Magpies.

“It was definitely the project the club have,” he said, when discussing what swayed him on a move to Tyneside.

“We know the goal we have the goal to stay up.

“I am happy with my new team-mates and we know we have to work.

“I am really enjoying it, my colleagues are helping me communicate.

“I am really happy by the way I have been made to feel welcome.”

Guimaraes is set to make his debut at St. James’ Park on Tuesday
(

Newcastle host Everton on Tuesday night in the Premier League, where Guimaraes is expected to make his debut in front of a sold out St. James’ Park.

And the 24-year-old admits he already knew about the stadium from back home in Brazil.

He said: “I am very happy to play here, it’s a beautiful stadium.

“I know it from Brazil.

“I look forward to playing in front of the fans.”