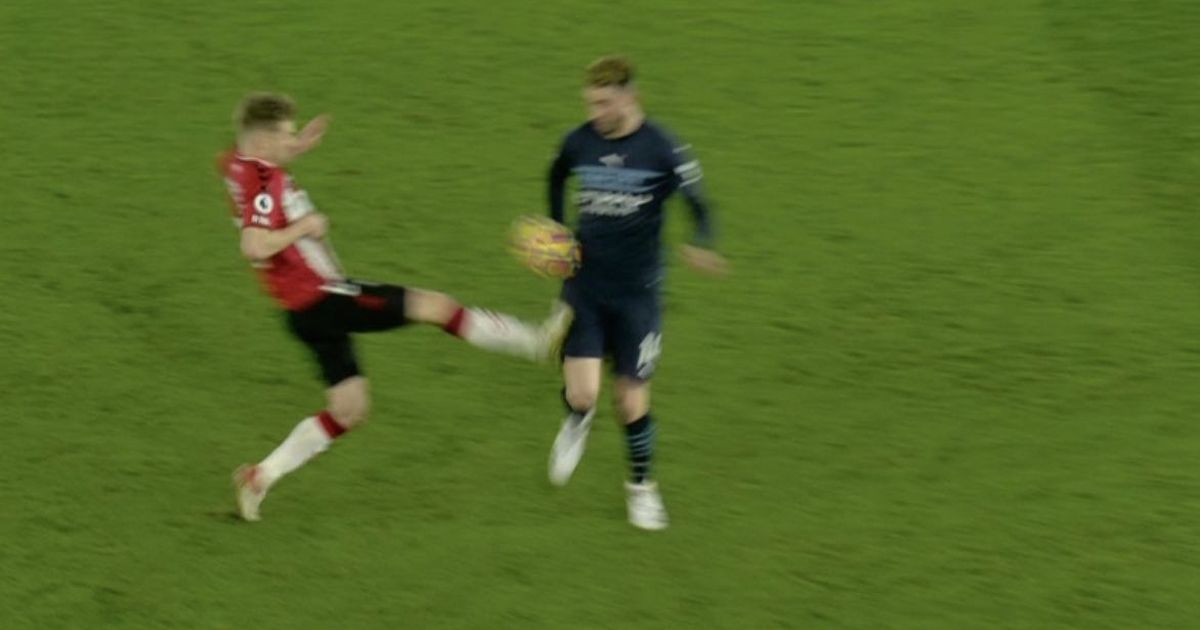 WARNING: GRAPHIC CONTENT: Manchester City defender Aymeric Laporte was caught on the thigh by Southampton’s Stuart Armstrong during a Premier League draw, but the Scottish midfielder escaped a red card

Manchester City defender Aymeric Laporte has shared a photo of the nasty-looking injury he received during the feisty 1-1 draw against Southampton at St Mary’s.

The Spanish international was caught by Stuart Armstrong during the second half of the game, with the Scotland midfielder’s studs making contact with Laporte’s thigh, but Armstrong avoided a red card after the incident was checked by VAR.

More than 10 minutes remained on the clock when Armstrong went in high on his opponent, but the home side held out with their full complement of players as the visitors pushed for a winner in the closing stages.

While there was debate over the incident at the time, Laporte’s injury looked very nasty indeed.

Should Armstrong have been sent off? Have your say in the comments section

Laporte had scored City’s equaliser earlier in the game
(

Southampton had led at half-time through Kyle Walker-Peters’ first ever Premier League goal, and also had an Armando Broja effort chalked off for offside.

The point leaves City 12 points clear at the top of the Premier League table, though second-place Liverpool have two games in hand.

However, despite the result, City manager Pep Guardiola was pleased with his team.

“The result is the result, but the performance is much better than at Arsenal, for example, where we won,” he said.

” The last games we played against Southampton over the last two or three seasons, this was our best performance. I can see they are happy with the points and congratulations to them.

It was the second time this season that Guardiola’s side have been held to a draw by Southampton, with the game at the Etihad Stadium back in September ending goalless.

The challenge from Armstrong was just one of a number of talking points during the game, with Southampton denied a penalty when Broja strayed offside before being clattered into by visiting goalkeeper Ederson.

“Well thanks for the souvenir lol” is how Laporte captioned the photo of his bloodied thigh, but referee Simon Hooper opted against upgrading Armstrong’s yellow card to a red following a VAR check.

“It’s difficult. I think we deserve a little bit more. We dropped two points, but sometimes that happens,” Laporte told Match of the Day after the game.

“We have played really well. To get 12 [wins] in a row is something unbelievable and I am happy we have got that.

“Now we will focus on the next one and this is important to do this for the rest of the season.

“We want to win every single game, so we are never happy to drop points, but we will fight until the end. This is what we have to do.”