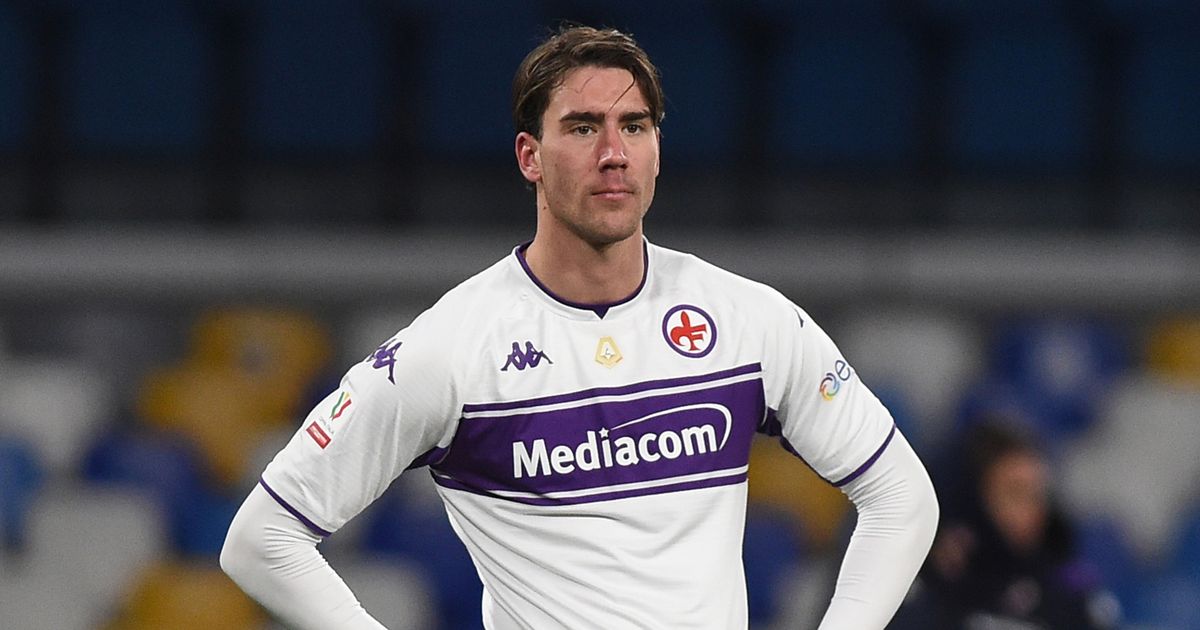 Arsenal’s pursuit of Dusan Vlahovic might be about to hit a bump in the road, but a move for Paris Saint-Germain midfielder Gini Wijnaldum remains alive as the transfer window draws on

Arsenal have been trimming their squad in the early part of the January transfer window, but talks continue to progress – with varying degrees of success – as Mikel Arteta attempts to add new recruits.

Ainsley Maitland-Niles has been allowed to move on loan to Roma, while fellow academy graduate Folarin Balogun has joined Middlesbrough in a temporary deal running until the end of the season.

The Gunners continue to assess their options in attack and midfield, while they could still lose more players before the window shuts with questions being asked over the future of a number of squad members including Pierre-Emerick Aubameyang and Pablo Mari.

As for those who might arrive this month, Dusan Vlahovic and Gini Wijnaldum are among the bigger names being discussed this week, with new developments on both fronts.

Here is Mirror Football’s round-up of the latest transfer news as Arsenal look to set themselves up for a continued Champions League charge.

Who do Arsenal need to sign this month? Have your say in the comments section

Wijnaldum continues to be linked with an Arsenal switch
(

Paris Saint-Germain midfielder Gini Wijnaldum has struggled to make the desired impact since joining the French club from Liverpool over the summer, and the Dutchman has been urged to move to Arsenal if he wants to benefit from more regular football.

Wijnaldum was one of a number of high-profile additions to the PSG squad in the close-season, along with the likes of Lionel Messi and Sergio Ramos, but has been unable to hold down a regular starting place.

Former Liverpool favourite Ian Rush has urged the 31-year-old to return to the Premier League if the chance presents itself, with Arsenal continuing to be linked with a January swoop.

“He’s not playing regularly in Paris but he’d definitely get more game time at Arsenal, who could use a bit of experience to complement what is already a good but young side,” Rush told gambling.com.

Dusan Vlahovic continues to be linked with the Gunners after turning down a new contract with Fiorentina, and the Italian club have called on the player to clarify where he stands with regards to his future.

The Serbian is the top scorer in Serie A this season, and also found the net as his club beat Napoli in extra time this week to progress in the Coppa Italia.

However, his team are believed to be holding firm on a £60m asking price despite the Gunners offering midfielder Lucas Torreira in part-exchange, amid calls from Fiorentina CEO Joe Barone asking Vlahovic to make a statement.

“There is talk about Dusan Vlahovic every day now. We just want to talk about the squad. We’ve already said so much about him, we expect a response from him and his entourage on what the future holds,” Barone told Sport Mediaset, via Football Italia.

Arsenal are understood to be confident Pierre-Emerick Aubameyang’s fitness is not an issue, after “cardiac lesions” saw him left out of Gabon’s side for the Africa Cup of Nations game against Ghana.

The forward has been linked with a move away from the Emirates Stadium this month after going more than a month without playing for Mikel Arteta’s side, and the Gabonese FA issued a statement after the player was left out despite returning to training after a positive Covid test.

However, according to The Athletic, Arsenal are believed to have spoken to Gabon’s medical team and determined the absence was a precautionary measure rather than anything more serious.

Gabon drew the game 1-1 and are all but assured of their progress to the AFCON knockout stages.