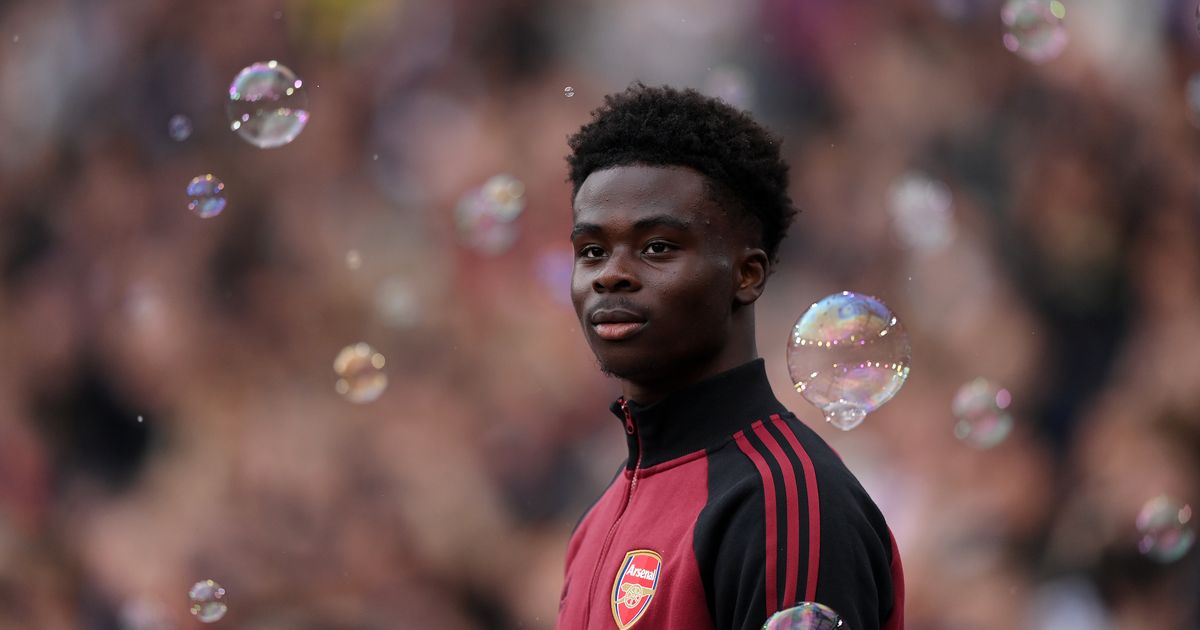 Mikel Arteta has admitted he will be unable to reflect on a heart-breaking end to the 2021/22 season for Arsenal until after his summer holiday.

The Gunners looked odds-on to finish in the much-coveted fourth spot with just three league games left to go, but defeats away at Tottenham Hotspur and Newcastle United rendered their hopes of a top-four finish all but over. That should not take away from some stellar individual performances over the course of a campaign that saw Arsenal finish fifth – two points off Spurs in fourth.

Mirror Football has analysed and rated the performances of every Arsenal player, with a few standout performers mixed with some underwhelming displays.

Aaron Ramsdale – Exceeded expectations that fans had of him almost immediately by displacing Bernd Leno as the Arsenal number one within three games of signing. Certainly stronger during the first-half of the campaign before slightly tailing off after Christmas, but changed the way the Gunners play out from the back. 8

Bernd Leno – Featured in all three of Arsenal’s successive defeats at the start of the season before losing his place to Ramsdale. The German is a more than capable shot-stopper and proved that when he was handed a rare start against Aston Villa in March. He is expected to move on in the summer. 6

Takehiro Tomiyasu – Had the Japan international stayed fit throughout, likely to have been regarded as Arsenal’s signing of the summer. A fantastic defender, Tomiyasu is likely to have the Gunners right-back spot to call his own for the long-term. 8

HAVE YOUR SAY! Who was Arsenal’s player of the season? Comment below

Cedric – Spent large portions of the season benched in place of Tomiyasu before stepping in when the 23-year-old was injured. Given he is not as technically gifted as the former Bologna man, Cedric struggled to contribute to build-up play as much and is not as reliable of a defender. 6

Calum Chambers – Featured in the 5-0 drubbing away at Manchester City and was then slowly phased out of the first-team fold bar a brief cameo against Leeds in the Carabao Cup where he got on the scoresheet. Chambers left the club in January to move to Aston Villa. 5

Rob Holding – Made a reputation for himself as being the an to call upon when protecting a lead. Holding enjoyed some fantastic performances but his season is likely to be remembered for his miserable North London derby away at Spurs where he was sent off. 6

Benjamin White – Purchased for £50million, many raised eyebrows at the fee Arsenal were willing to part ways with to bring White to the Emirates. However, he has gone some way to silencing his doubters with an assured first season at the club, showcasing his exceptional technical ability. 7

Gabriel – A fantastic season for the Brazilian who has actually managed to add goals to his game, ending the campaign as the highest scoring central defender in the league with five. Gabriel has cemented his status as one of the first names on the team-sheet. 7

Pablo Mari – Was rarely in North London at all this term but started the campaign with the Gunners, putting in two terrible displays against Brentford and Chelsea before being sent out on loan to Udinese in the January transfer window. 4

Sead Kolasinac – The fact that the Gunners were willing to cut his contract short with half of the season still left to run says everything you need to know about the Bosnian full-back’s efforts this season. 2

Nuno Tavares – The young Portugal Under-21 international actually started the season in promising fashion and made lung-busting rapid forward runs somewhat of a trademark early on, but his defensive fragilities were exposed more often at the turn of the year. Tavares was hooked off within the first 45 minutes on two separate occasions. 5

Kieran Tierney – As is often the case with the former Celtic man, when fit Tierney is a fantastic left-back who offers Arsenal both defensive solidity and attacking prowess – but an injury always seems to be around the corner. The Gunners were without Tierney for the most important stage of the season. 6

Thomas Partey – At long last Arsenal fans witnessed the Thomas Partey of Atletico Madrid from December to March, with the Ghanaian international transforming the Gunners fortunes courtesy of his technical brilliance and progressive style of play. Unfortunately, he met the same fate as Tierney and was ruled out of the most vital run-in. 7

Thomas Partey missed 14 games in the Premier League this season

Albert Sambi Lokonga – Similarly to Tavares, Lokonga started the season notably brightly but tailed off after losing his place due to a horror show at Anfield. The Belgian was recalled once Partey was side-lined but failed to rediscover his form. 6

Granit Xhaka – Few players divide opinion quite like Xhaka, but he has seemingly come full circle in his redemption in the eyes of the Arsenal faithful. This season has seen the midfielder become an integral part of a young, vibrant Arsenal side that so often turn to him for guidance. His screamer against Manchester United wasn’t bad either. 8

Ainsley Maitland-Niles – After going public with his desire to play where he was wanted, Maitland-Niles was kept over the summer window before being allowed to join AS Roma on loan in January. Things haven’t gone to plan in Italy and there is an argument to be made his versatility would have been of use to Arsenal over the final stretch. 5

Mohamed Elneny – Often criticised or deemed not good enough but the Egypt international stepped up when his side needed him most in the wake of Partey’s injury and appears to have been rewarded with a new one-year contract. 6

Martin Odegaard – The Norwegian has finally found a place he can call home after years in the wilderness at Real Madrid and is excelling at the Emirates. A mercurial playmaker, Odegaard has made a staggering amount of chances for his teammates and has even added goals to his game with seven Premier League strikes. 9

Martin Odegaard has even donned the armband on occasion for Arsenal
(
Advertisement. Scroll to continue reading.

Charlie Patino – The teenager barely featured but still gave himself a moment to remember when he scored with one of his first touches against Sunderland in the Carabao Cup. 7

Emile Smith Rowe – Smith Rowe has endured a season of two halves, with the first seeing a flurry of goals and fantastic midfield play. But it is indisputable that the England international saw his form decline in 2022, with fitness issues curtailing what would have otherwise been a near-perfect season. 8

Nicolas Pepe – The Ivorian will surely go down as one of the worst purchases in Arsenal’s history as the club-record signing has fallen hugely out of favour under Arteta. An important goal against Wolves does not cover up woeful appearances off the bench against the likes of Aston Villa and Newcastle. 3

Gabriel Martinelli – Forcing his way into the first-team just before Christmas, Martinelli has been an ever-resent in the side ever since – but that is not to say the goals have always followed. There have been lengthy droughts for the young Brazilin, but he is such a handful his presence alone can give defenders headaches. 7

Pierre-Emerick Aubameyang – The decision to let Aubameyang leave halfway through the season will remain a talking point over the summer but the reality is he was not pulling his weight. The goals had dried up and without putting the ball in the net the Gabon international offered precious little else. 4

Alexandre Lacazette – It is difficult to analyse the Frenchman’s season when despite being such an influential figure for younger players in the dressing room, he failed to complete his own targets on the pitch. Lacazette ended the season with less league goals than central defender Gabriel. 5

Eddie Nketiah – Nketiah has always claimed that if he was given the chance he would score goals for Arsenal and proved that in the final act of the season. A brace against Chelsea was the England Under-21 international’s finest hour, but it remains to be seen whether he will sign a new deal or leave this summer. 6

Bukayo Saka – Arsenal’s most prized asset, the 20-year-old has bounced back from Euro 2020 heartache in the most spectacular fashion. The Gunners academy graduate is very much the go-to man in his side and has proven he is player for the big occasion with goals against Spurs, Manchester United, Chelsea and Manchester City. Saka is undoubtedly Arsenal’s player of the season. 9