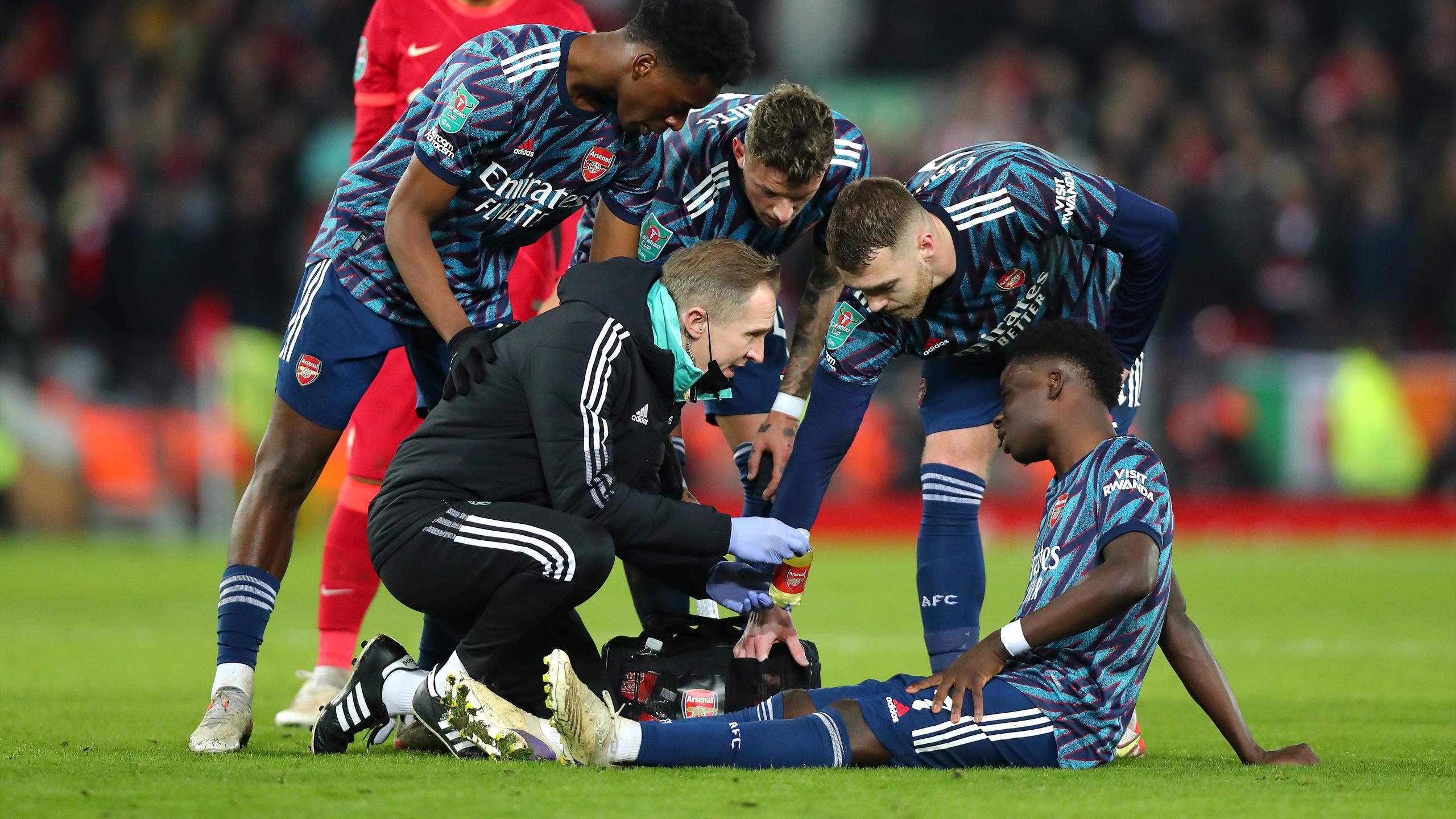 Arsenal have applied to have this weekend’s north London derby postponed on account of Covid, injuries and Africa Cup of Nations absentees.

Following rumours that they would ask for Sunday’s visit to the Tottenham Hotspur Stadium to be put back, the club released a statement which read: “We can confirm we have made an application to the Premier League for the postponement of Sunday’s north London derby against Tottenham Hotspur.

“We have reluctantly taken this step but we have many players currently unavailable across our squad as a result of Covid, injuries and players away with their countries at AFCON. We will provide more information as soon as it’s available.”

Emile Smith Rowe, Sead Kolasinac, Bukayo Saka, Cedric Soares and Takehiro Tomiyasu are all sidelined as things stand. Smith Rowe is out with a groin injury, Kolasinac is nursing a hamstring problem and Tomiyasu has a calf issue, with Saka and Cedric both forced off during Arsenal’s Carabao Cup semi-final first leg against Liverpool on Thursday evening.

Throw in a positive Covid test for Martin Odegaard and the long list of Arsenal players at AFCON – Pierre-Emerick Aubameyang, Nicolas Pepe, Thomas Partey, Mohamed Elneny and youngster Omar Rekik are away at the tournament – and an already threadbare squad looks even more ragged.

Asked whether Arsenal would seek to postpone the north London derby earlier in the week, Mikel Arteta admitted it was conceivable. “It’s a possibility in any game from our side, from the opponents’ side, because of the amount of issues that everybody is having and because it’s happening every week, but we try to prepare for the games thinking that we’re going to play,” he said. “If something happens along the way, it is what it is.”

Following Arsenal’s announcement, the Premier League issued a statement to confirm that it had received their application. “The Premier League has received a postponement request from Arsenal relating to their away match against Tottenham Hotspur, due to be played at 16.30 GMT on Sunday 16 January,” it read.

“The Premier League Board will meet tomorrow to review the application and inform both clubs and their fans of its decision.”

Given that Arsenal have loaned out Ainsley Maitland Niles and Folarin Balogun to Roma and Middlesbrough respectively this month, there will be questions over their squad management. The club has already reportedly recalled youngster Miguel Azeez from his loan at Portsmouth, which should give Arteta another option in midfield.