Arsenal news: Mikel Arteta can save £70m on new striker as Gunners set for transfer saga 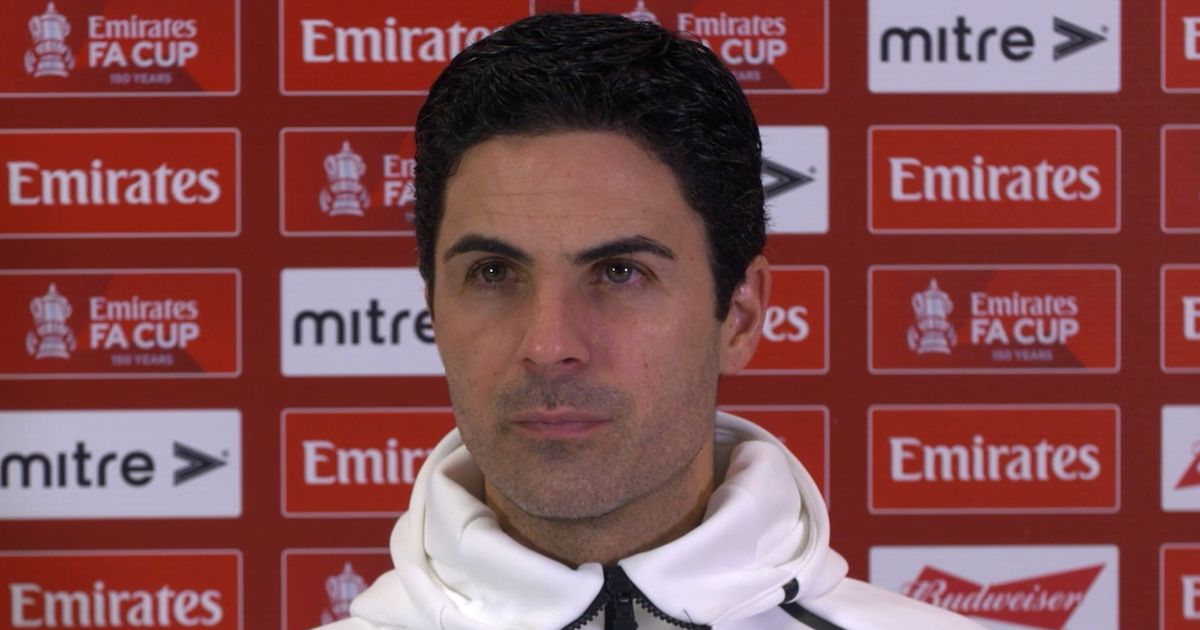 Arsenal are expected to enter the transfer market this summer to bring in a new striker, but Paul Merson thinks the club may already have the perfect player for the position

Mikel Arteta has been told he can save Arsenal £70million in the transfer market by dropping his intention to bring a new striker to the club.

The Gunners could need reinforcements up front with ex-captain Pierre-Emerick Aubameyang leaving in the January transfer window and Alexandre Lacazette and Eddie Nketiah’s contracts expiring in the summer.

But club legend Paul Merson has told the Gunners boss a solution could be right in front of him already.

It comes as the club is set for another transfer saga with another former captain being linked with a move abroad.

And Arsenal have been told that failing to land Champions League football this season would be Pierre-Emerick Aubameyang ‘s fault.

Join the debate! Will Arsenal be able to finish in a Champions League spot? Let us know what you think here.

Mikel Arteta has been told that if his side miss out on Champions League qualification this season it would be because of Pierre-Emerick Aubameyang.

Club icon Nigel Winterburn has opened up on Aubameyang’s dramatic departure from the Emirates Stadium following his very public falling out with Arteta.

Aubameyang was ostracised from Arteta’s first-team squad as he was stripped of the captain’s armband and made to train alone following a disciplinary breach in December.

That ultimately led to his January departure to Barcelona – and Winterburn thinks the whole debacle could be to blame if the Gunners fail to land a top four place this season.

Arsenal are set to enter another transfer saga with former captain Granit Xhaka.

The Swiss midfielder was heavily tracked by Jose Mourinho’s Roma last summer, and reports have suggested the Italian club could be set to return with another bid.

It is claimed Roma could reignite their interest in Xhaka this summer, and the player could be open to the move.

Striker solution to save £70m

Mikel Arteta has been told the solution to Arsenal’s problems up front could be right in front of him.

The Gunners pushed hard to try and bring in Dusan Vlahovic in the January transfer window but ultimately failed in their attempts as the Serbian forward joined Serie A giants Juventus.

Arteta is expected to enter the transfer market in the summer for a new forward, with Alexandre Lacazette and Eddie Nketiah set to leave when their contracts expire.

But club legend Paul Merson believes the solution to the club’s problems is already at the club.