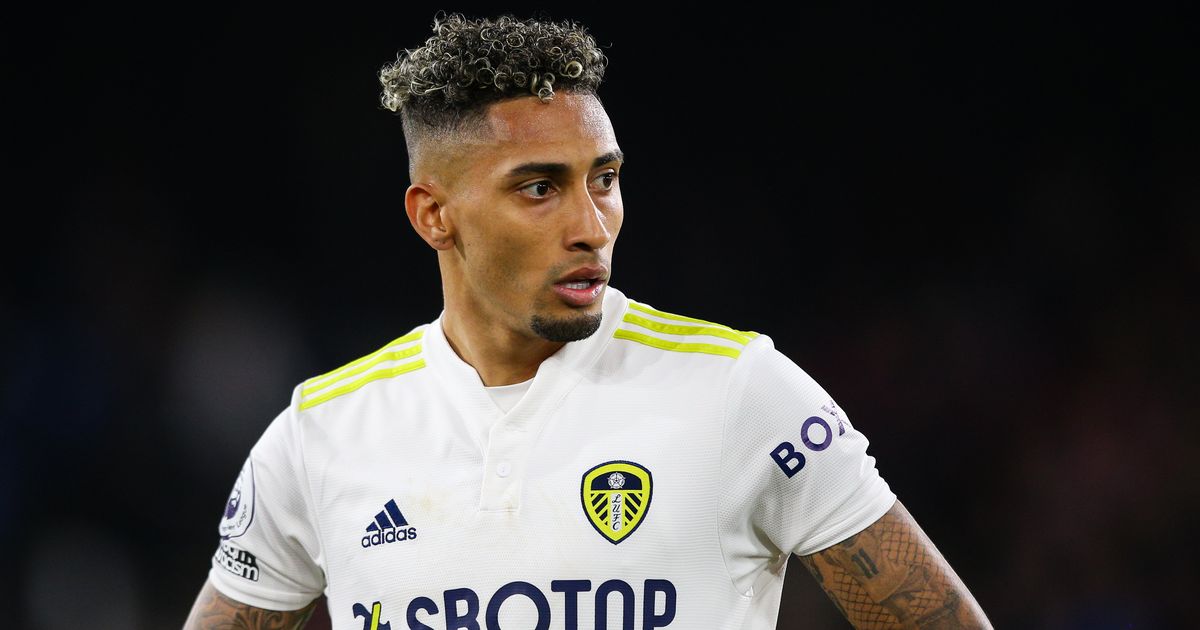 Raphinha has several admirers this summer (

Arsenal may have be handed a boost in the transfer race for Raphinha with Chelsea looking to deploy the Brazilian in a new look position.

The Leeds star is the subject of mounting speculation after two years at Elland Road. In his debut season he was a star whilst last term he was the Whites’ go-to-man as they narrowly escaped the drop on the final day. His future has very much been up in the air and, should the right offer come in, Leeds could well cash in.

Raphinha has been involved in contract talks but several of the Premier League’s elite have circled around the 25-year-old. The Gunners are among those, and recently saw an opening bid rejected by the Yorkshire side. Chelsea too are in the market – but want to play Raphinha as a wing-back, according to The Athletic.

The Brazilian’s best work has been as a wide forward, but the Blues are seemingly not seeking reinforcements in that position. Thomas Tuchel instead wants to introduce Raphinha to a new role in west London, which may not be to his liking.

England pair Ben Chilwell and Reece James have both excelled in those positions, but they are natural defenders. Raphinha is not and has seen the likes of Callum Hudson-Odoi be used as a wing-back and fail to thrive – something he is fearful of happening to him.

That could prove advantageous should Arsenal return with a second bid. Mikel Arteta is looking to bolster his forward options after several notable departures at the Emirates. Fabio Vieira recently arrived and now Raphinha is on the club’s radar.

Have Your Say! Where will Raphinha end up this summer? Tell us what you think here.

Marcelo Bielsa was the man to bring Raphinha to the Premier League during his time in charge at Leeds. He’s made it clear previously that the international star is best used in the final third. He said: “He fundamentally plays on either wing. He is a player who is naturally very attacking. He has the ability to get in behind, with great dribbling skills. His virtue is to attack and these skills are applicable out wide as well as in the centre.”

Raphinha scored 11 times last term, which followed his debut season tally of six. Arsenal remain in the market for the likes of Gabriel Jesus as they seek to add more firepower, but the Leeds star would certainly be a welcome addition to the Emirates. Leeds are likely to drive a hard bargain as they also prepare to lose Kalvin Phillips, who is closing in on a £45m switch to champions Manchester City having spent his entire career with the Elland Road outfit.