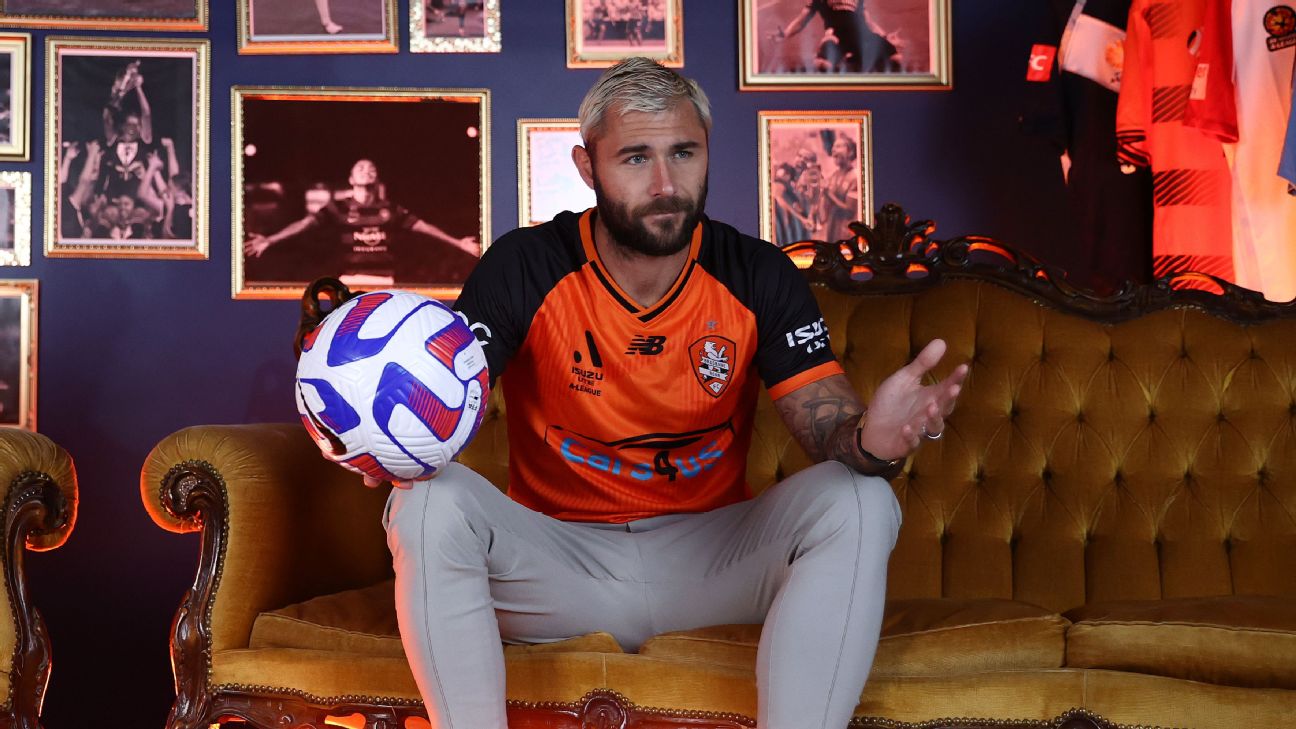 Football shirts are big business. Every year, clubs around the world wheel out the latest and greatest innovation in stylistic sporting science, hoping theirs is the latest strip that will go down in legend. Sometimes, this works very well. Other times, (and we’re looking at you, Puma World Cup kits) it doesn’t. But it’s a constant theme, each new season bringing a new home shirt, new away shirt, and often several alternatives.

A lot of this has to do with the rise of kit culture and football as fashion, with vintage shirts that serve as time capsules in particular eras in particularly high demand. Seeing this trend, clubs such as Italian side Venezia have embraced the ideals of being just as much a lifestyle brand as a sporting club, clubs such as Juventus and Internazionale are undergoing brand rebrands to better reflect modern sensibilities, and the likes of Arsenal have dived deep into their closets to bring back some old motifs.

But beyond the realm of the kit connoisseur, a club’s shirt, especially the home jersey, is something more for the fanbase. It’s the visual representation of a shared passion, culture, and ideal of a community. The designs aren’t just about looking good, they’re about representing something more intrinsic. It’s about getting a chance to wear the same uniform as the 11 avatars of these aforementioned principles.

For them, the below rankings of the A-League Men’s home shirts, ranked in very subjective fashion from 12th to 1st, likely means very little. As does any kit ranking. Not coming from a member of their tribe, the opinion counts for naught.

For the rest of us, though, there’s always a bit of fun in asking just whose sartorial splendour reigns supreme.

Victory was the last ALM club to reveal its kits ahead of the new season and, judging by the reaction, a lot of fans probably wished they’d spent a bit longer on the design. The four-time champion’s signature on its kits has always been the chevron emblazoned across the chest — the Big V for Victory and Victoria — but this year’s home strip sublimates the V almost to the point of it disappearing, which isn’t helped by the sponsor logo covering it up even more. As difficult as it is to get right, the chevron should be the hero of Victory’s strip but on this occasion, it feels like it’s been relegated to zero — and they just might win the title in it to boot.

Sydney FC has tried something different with its kit this year, using a variety of patterns designed to look like the Sydney Opera House to create a unique sublimated design on a base sky-blue kit with navy-blue piping and plain sky-blue sleeves. It’s a neat nod to the city’s landmark but it hasn’t quite worked. Kudos, however.

This campaign looms as potentially one of the strongest seasons in years for ALM uniforms, and from this point, every kit on the list has more things going right for it than not. The Roar’s home kits once again bring together the club’s black and orange colours well, with a raglan-style sleeve helping it stand out. The sublimated pattern and the contrasting colours on the collar are also nice little touches. Indeed, stopping there it would probably be higher on this list; but it’s let down by a sponsor colour scheme that clashes badly with everything else.

Similar to last season’s design, it’s a bit of a case of if it ain’t broke don’t fix it for the Mariners; the team will once again be running out in kits that are clean and represent their area well without blowing anyone out of the water or trying anything garish like palm trees (which were amazing, don’t let anyone tell you otherwise). The blue-and-yellow palette is well established and continues to work well, and the addition of logos of all the teams on the Central Coast on the side panels is a lovely touch.

At first glance, the Jets kit is nice but just a tad basic; the lovely gold colour of the top complemented well by the blue and subtle red of the piping on the collar and sleeves. Get a bit closer, however, and the honeycomb pattern that stretches across the shirt becomes apparent, lifting its status in this year’s crop.

The Bulls’ home strip shouldn’t work… but it kinda sorta does. The white base with the black stripes and ochre trim is a good starting point, and the club crest and A-Leagues’ logo fitting neatly into the stripes is also a big positive. The decision to incorporate the club’s front-of-shirt sponsor also saves the kit from being a disaster, with it ensconced in a white rectangle in the middle of the shirt that allows the stripes to break and resume in a much cleaner manner.

You probably thought they couldn’t get better, right?

Introducing our PUMA home, away and third kits for the 2022/23 A-Leagues season.

The sky blue — sorry, “City Blue” — colour scheme is always a winner, as is this year’s subtle zig-zag pattern across the top. The white piping on the sleeves also helps the strip pop and ensures it looks clean from both far away and up close. But the move back to white shorts as a base look boosts this year’s City kit further. Previous ensembles of all blue looked a bit like a really lame school uniform, but the contrast of this year’s kit works well.

The fabric of this club is all around us.

The Wanderers have never really had a bad home kit, just various degrees of tight, and this season is no different. The trademark red-and-black hoops are back and extend around the length of the shirt and across the sleeves, while the uniformly white sponsor and league logos ensure the design remains clean. Helping this year’s iteration, especially up close, is the paint-brush style effect added to the black hoops that adds a little something.

The Nix are returning home to New Zealand for the first time since the 2019-20 campaign, and they’ll do so in an absolute corker of a kit. The yellow-and-black stripes work very well, as does the black piping on the sleeves. The incorporation of the sponsor logo into the design ensures it doesn’t drag the shirt down as well. The best feature, though, is the sublimated Maori graphics on the black stripes, which were gifted to the club on behalf of Te Ati Awa, mana Whenua. It results in a kit that both looks great and is respectful to the Wellington region and local iwi.

Glory has leaned fully into its orange-and purple colour scheme this season and the result is absolutely, one might say, glorious. Possessing a purple base with orange piping, the designers have made the bold decision to make the two orange stripes that run down the front of the shirt a snakeskin pattern, with a more subtle reptilian design added to the purple beneath them. It’s a kit that could have gone very wrong, but kudos to the Glory for being bold enough to give it a go; the team will be wearing one of the league’s best ever kits.

Say what you will about Western United, but it’s impossible to declare they haven’t been blessed with banging home kits since entering the league. Having a green-and-black colour scheme that works so brilliantly helps as well, of course. This year, the club’s all-black base and black sleeves are complemented by green stripes across the front of the kit that gradually fadestowards the centre. Again, it was a risk, but it’s worked.

Adelaide United’s partnership with Chinese manufacturer UCAN has allowed the club to retain control of the designs, and it’s paid off once again with an absolutely banging home kit. Inspired “by the structural elements of Coopers Stadium and its Western Grandstand, and the newly redeveloped Eastern Stand,” — whatever that means — the rich red is darker than usual but it works excellently and is complemented by the white-and-gold piping on the sleeves. The adjustment of the club’s badge to match the colour scheme of the top is a little thing that makes the whole thing come together. And collars make your kits instantly better. It’s a fact.

In this article:Arsenal, Featured, Juventus Two of AC Milan’s players continue to impress at the World Cup and they have been highlighted by this morning’s edition of La Gazzetta...