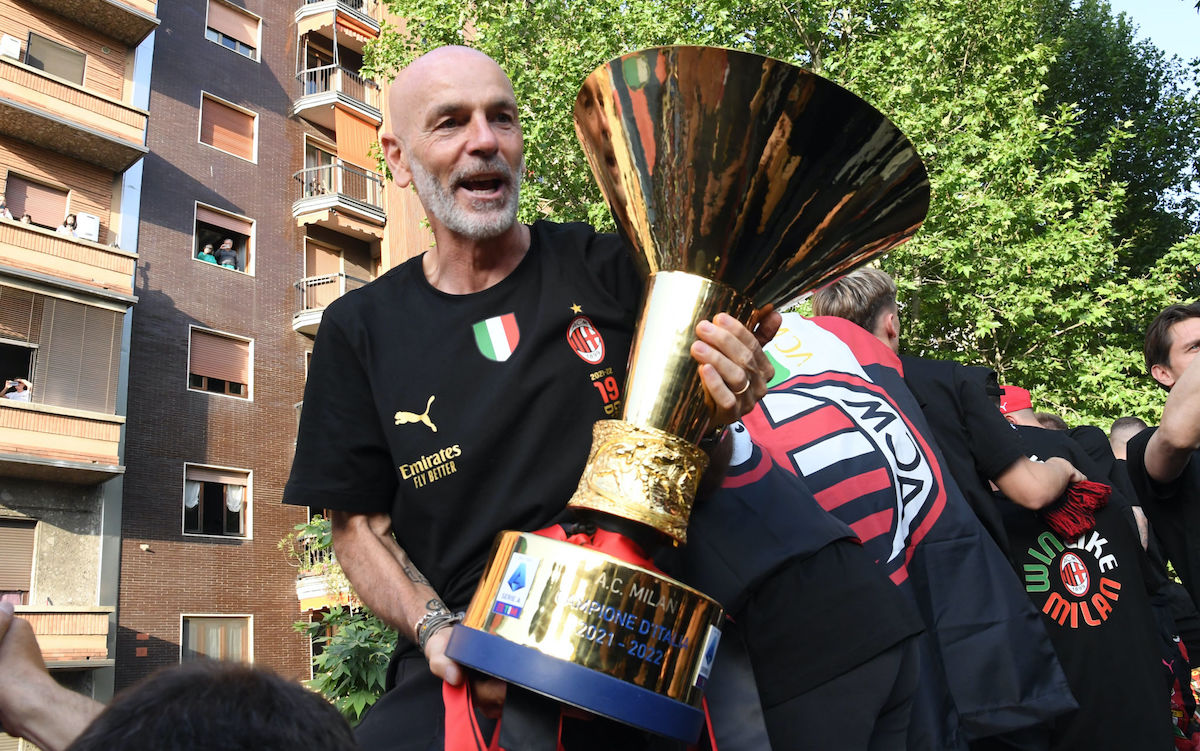 Stefano Pioli believes that AC Milan have to win a trophy this season in order to continue the positive path they are on.

Yesterday evening saw Pioli receive the Gentleman Award, named in memory of the late Gigi Simon, and he spoke as part of the acceptance about a number of different topics starting with the Scudetto win last year.

“Winning the Scudetto brought me many awards, but I am particularly proud and honoured to receive this award. Gigi Simoni was a reference point in my career. A man of great human depth, of a high level. I can only be pleased that someone thinks that I can have these values, even in the slightest part,” he said.

Tuttosport (via PianetaMilan) also go on to mention how Pioli revealed a particular pride at having been voted for the award by fellow head coaches, namely those who are currently coaching in Serie B.

“When your colleagues recognise certain qualities, certain characteristics, it’s gratifying. Also because they know the difficulties of our work.”

Pioli was also asked what he expected from his side in the second half of the season given that Milan are battling in four different competitions and are hoping to claim another trophy after last season’s Scudetto.

“We have to win, we have to have a winning mentality. We have the league, the Champions League, the Coppa Italian and the Supercoppa. We have to win something, we are no longer the team that hasn’t won. We know what to do. To be successful, you need 10% talent and 90% sacrifice, work and mentality.”

The target therefore is clear: to have another trophy to hoist, perhaps as early as next month if Milan defeat their city rivals in Saudi Arabia when they battle Inter for the Super Cup.