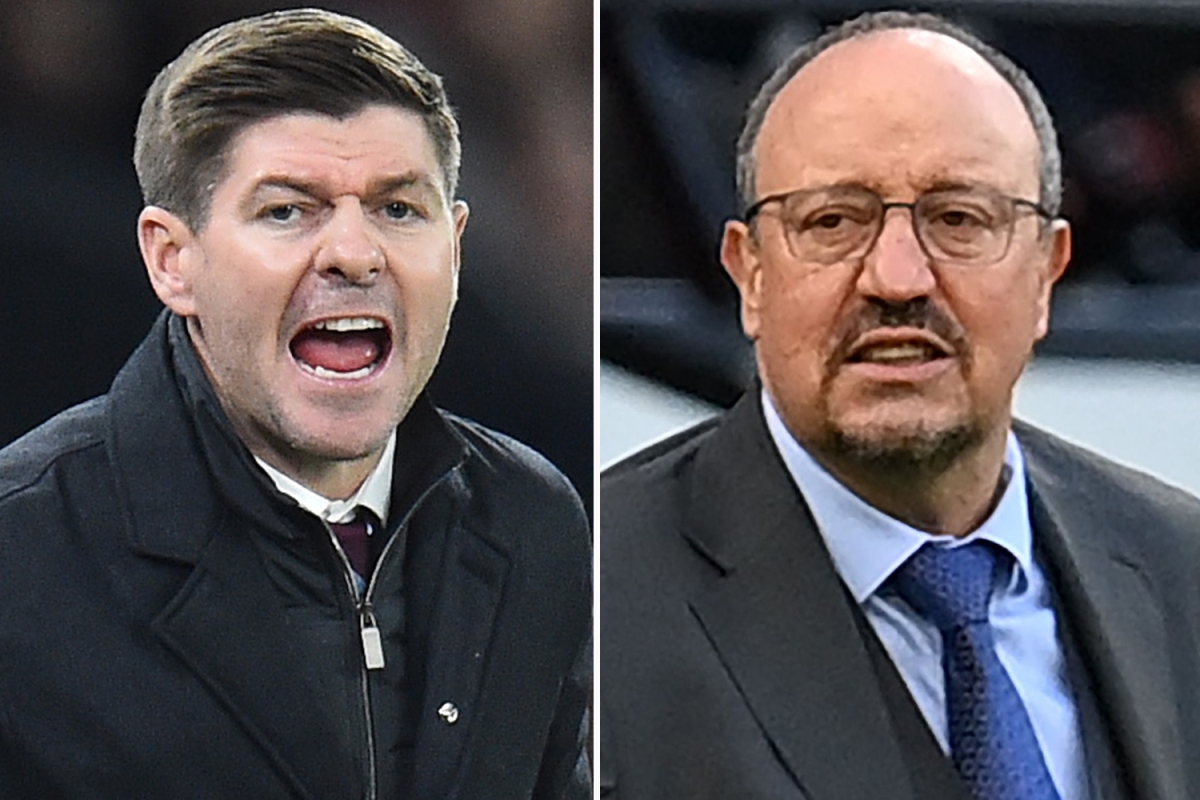 STEVEN GERRARD has revealed why he will NEVER manage one of his bitter rivals.

The Liverpool legend admits he was “shocked” by Rafa Benitez’s controversial decision to accept the Everton manager’s job, having earned cult status as a Kop idol.

Benitez’s appointment seemed doomed from the start after disgusted Toffees fans made it clear they did not want the former Anfield boss in charge of their club.

And Gerrard, who faces a hostile reception when he returns to Goodison Park as manager of Aston Villa on Saturday, admits it is one of the rare occasions when he agrees with the blue side of Merseyside.

He said: “Jobs can go right or wrong for whatever reason, that’s none of my business.

“But the biggest shock and surprise for me was Rafa taking the job in the first place.

“It would never enter my head to manage a rival that I’ve competed against for over two decades. That doesn’t make sense.

“Rivalries are there for a reason and from my point of view, everyone is entitled to make their own decisions. “But for me it just doesn’t enter my head.”

Gerrard played under Benitez for six years at Anfield, famously winning the 2005 Champions League together after a thrilling penalty shootout win over AC Milan.

However, Everton sacked the unpopular Spaniard after less than seven months in charge and Duncan Ferguson will be in caretaker charge when they host Villa.

Gerrard is still scratching his head at why such an experienced and revered manager would step into the lion’s den at a club where the majority of home fans did not want him.

He added: “It goes without saying he’s in that bracket of top-class, world-class managers, I think he’s proved that throughout his career.

“The legacy that he had and his connection with Liverpool and what he delivered at Liverpool — to take the Everton job — I didn’t expect that.

“What happened at Everton, that can happen at any club if the fit doesn’t work or certain things behind the scenes don’t work out for you.

“It’s not about being destined to fail, it shouldn’t enter your head in the first place.”