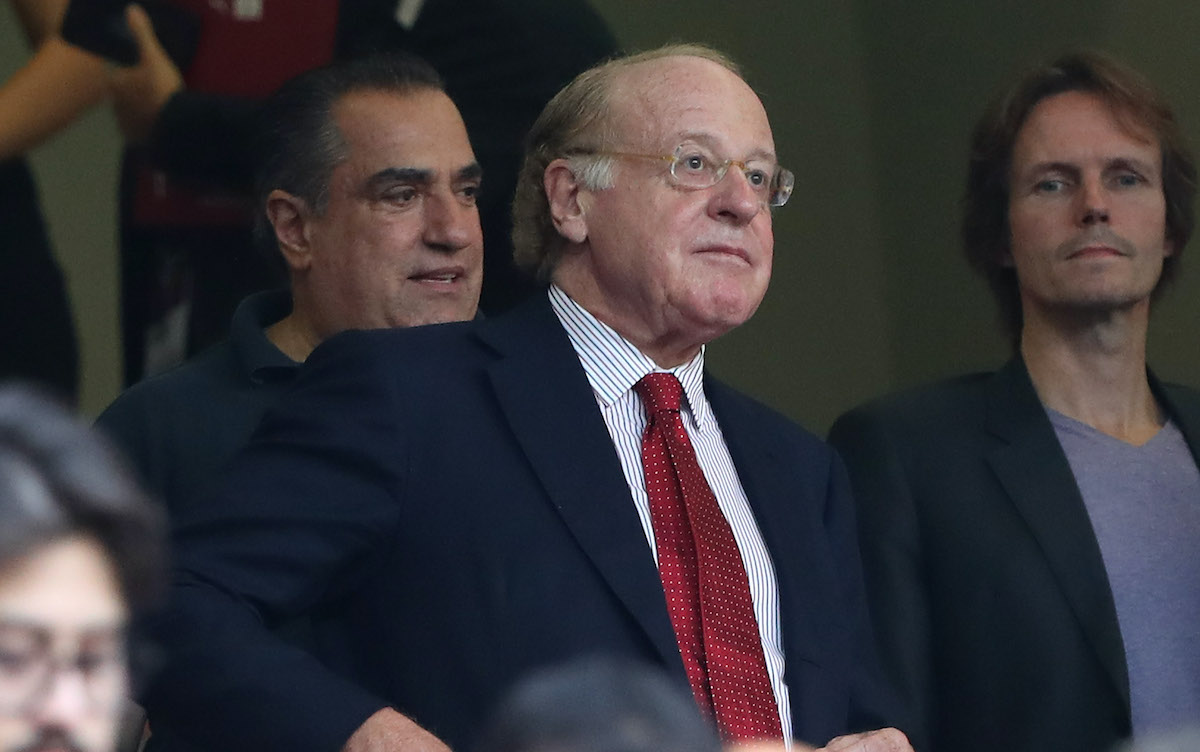 AC Milan president Paolo Scaroni has spoken about a number of crucial topics related to the present and future of the club during a radio interview.

Milan won their 19th league title thanks to a 3-0 victory away against Sassuolo yesterday evening, and the celebrations will continue for days to come after Olivier Giroud’s brace and Franck Kessie’s goal fired the Rossoneri into an unassailable half-time lead.

Scaroni spoke during an interview on Radio Rai for the Radio Anch’io Sport segment and was asked about a number of key topics related to the incredible season the team have had and the plans to move forward with the project.

“Yesterday was a sensational day, an incredible emotion that repaid of all the anxiety I feel every Sunday since 24 hours before,” he said (via MilanNews).

Could you build a stadium with more than 60,000 seats?

“My ambition is that the stadium is full, the issue that worries me is television rights abroad but the stadium is also good for 50-55,000 seats, today no bigger ones are built.”

Are you imagining that the future will have a reduced attendance at the stadium?

“Television plays a fundamental role in this sense. I would not like to see matches with half-empty stadiums, we have to learn everything from the Premier League, where the stadiums are always full.”

Everything starts from December 2019, with 0-5 against Atalanta. Have you thought about it?

“Don’t tell me about that game, I was there and it was a very bitter day. We thought about the sacking of Pioli but luckily we decided the opposite and the virtuous period that led us to the Scudetto and to have the accounts more in place.”

The choice to confirm Pioli and Donnarumma’s farewell with the arrival of Maignan. Are these the key things?

“Not only that, we have a property that financed the club but without debt. Then there is the management with Gazidis, Maldini and Massara, who have worked in the same direction as Pioli. This has led us to success.”

Milan were not the strongest squad…

“For us it was an element of lightness, then the team counts, not always who has the most important champions wins. We have developed our champions at home.”

Will Maldini and Massara stay?

“We are in a phase where ownership could change and I have a hard time making predictions. As far as I’m concerned, they must continue to do the great job they have done in recent years.”

There continues to be an abundance of speculation suggesting that Milan will soon change ownership once again, with the American fund RedBird Capital and their head man Gerry Cardinale looking to buy the club from their compatriots Elliott Management.

Is RedBird going to buy Milan for 1.3 billion euros?

“As far as Investcorp is concerned, I have read that they have taken a step backwards, instead RedBird has taken a step forward. The figures we are talking about show that a sporting but also financial success has been achieved. I hope that the negotiation will be concluded before the the real start of the transfer market.”

Is the Champions League a dream?

What do you wish Ibrahimovic?

“Zlatan was a good prophet when he said he would lead Milan to win. It doesn’t worry me knowing what he will do tomorrow, he will find the right path.”