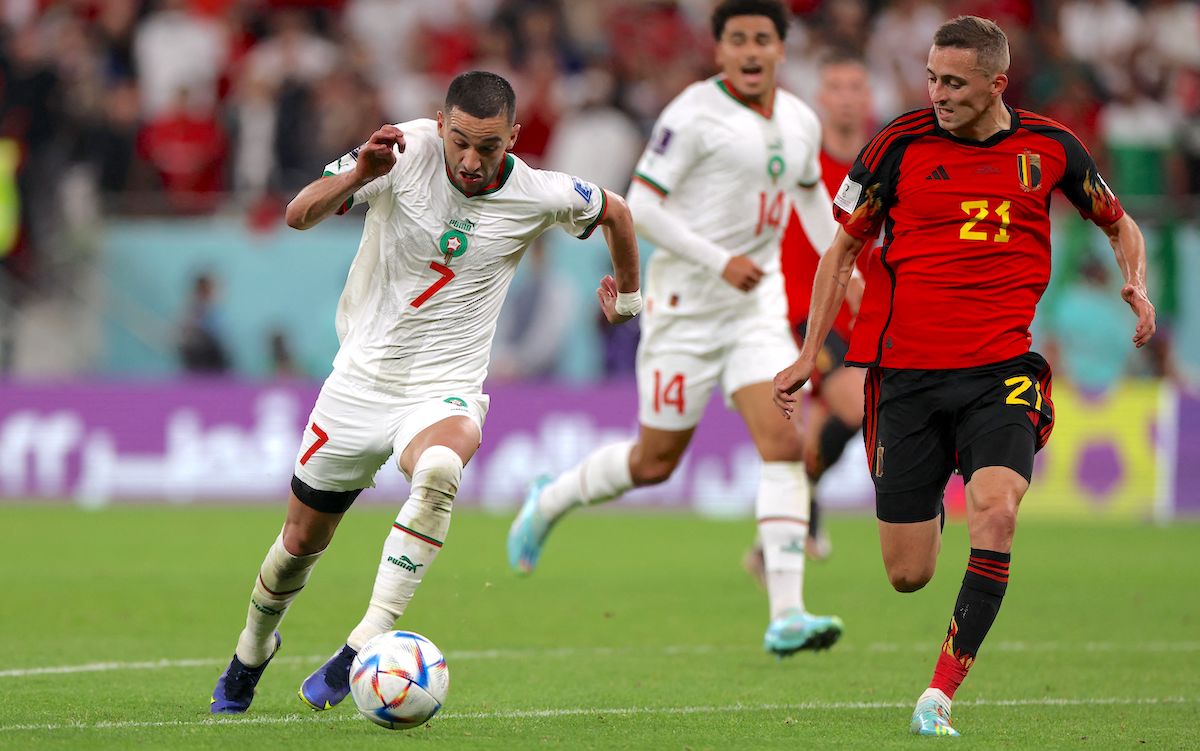 A Rai journalist has claimed that Chelsea attacker Hakim Ziyech has got a 99% chance of joining AC Milan in the near future as speculation builds.

Speaking during an interview with 1 Station Radio (via Sport Witness), Rai journalist Ciro Venerato offered his thoughts on the future of Ziyech who has been very impressive for Morocco during the 2022 Qatar World Cup.

His side are into the quarter-finals of the tournament after knocking Spain out on penalties. He has had very little game time at Chelsea since Graham Potter became the coach.

That is why it is widely assumed that he will be on the move either in January or in the summer at the latest and Venerato seems to think that there is a very high chance that he will be headed to AC Milan.

“The Rossoneri are afraid of losing Leao, but in January, we will need to understand what to do with Charles De Ketelaere and whether we continue to trust him. However, the Ziyech deal with Chelsea will 99% go through,” Venerato said.

Milan would like to sign Ziyech on loan with an option to make the deal permanent but Chelsea may demand a full sale.