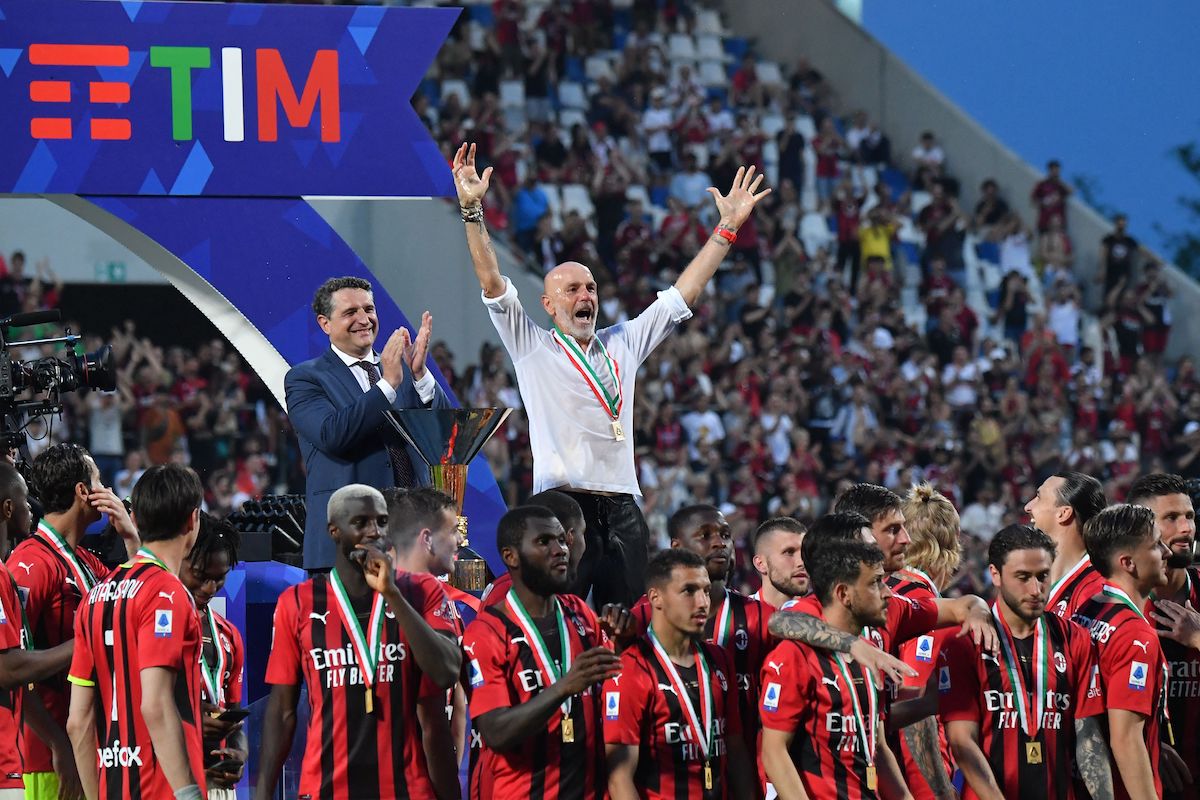 AC Milan head coach Stefano Pioli described his team as ‘phenomenal’ and remarked about how happy he is for the entire club after the Rossoneri won the Scudetto.

Coming into the game Milan knew that one point against Sassuolo would have been enough to finish above their city rivals Inter but going into half-time they knew the job was done regardless of the result at San Siro.

Rafael Leao got a brace of assists and both of them were for Olivier Giroud as he quickly fired Milan into a two-goal lead after several glorious opportunities, and then a third goal from Franck Kessie before the interval ensured the second half would be smooth sailing.

After the victory, Pioli spoke to DAZN to reflect on the game and what has been the most remarkable of seasons, with his comments relayed by MilanNews.

On the Scudetto: “My players are phenomenal. They are happy for them, for me, for the staff, for the club and for the fans who deserve this Scudetto. I’m really happy.”

On the season: “We were more consistent than Inter. The last game we lost was against Spezia and we shouldn’t have lost it. The team never gave up, the players were fantastic, both those who played more and less. We deserved the Scudetto because we believed in it more. We deserved it because we are a strong team and I had two great managers like Maldini and Massara by my side.”

On his team: “The staff and I had so much fun working with these guys. The players know our way of playing well. It’s the best thing that remains of our job. We wanted to improve on last season and we knew that if we did that we would fight for something important. We are a strong team that has always believed in us. We have been brave.”

On the performance of Milan: “I always want to improve my players, but the talent of the players is fundamental in this. If you improve the individuals, you improve the whole team and vice versa. It was a path that led us to be the strongest. Congratulations to everyone.”

On Theo: “He has everything inside, he has made a qualitative leap in mentality on and off the pitch. He’s a top in everything, he’s a fantastic guy and I love him in the soul.”

On the award for best coach of the year: “It’s thanks to the boys and the club, it’s for them, without them what we did would not have been possible.”

On who he dedicates the season to: “To my father, I’m sure that wherever he is, he will be happy and proud of what I have done.”