Paul Pogba was lauded for bringing a ‘touch of class’ as his goal guided Manchester United into the Europa League quarter-finals at the expense of AC Milan.

Ole Gunnar Solskjaer introduced the French midfielder, just back from a hamstring injury, for Marcus Rashford at half-time in the San Siro.

And Pogba needed just three minutes to score the decisive goal in the tie with a clever disguised finish before running the midfield thereafter to ensure United advanced 2-1 on aggregate. 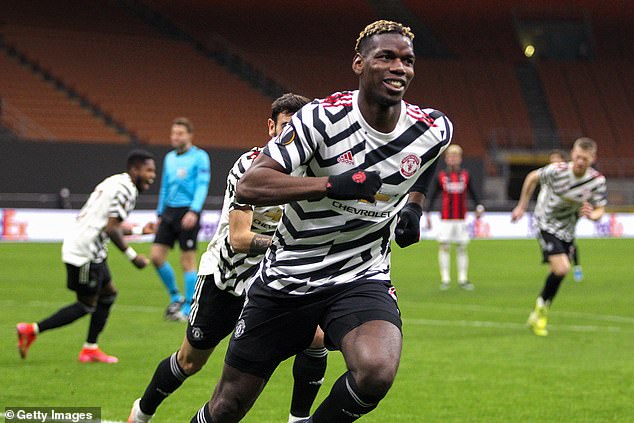 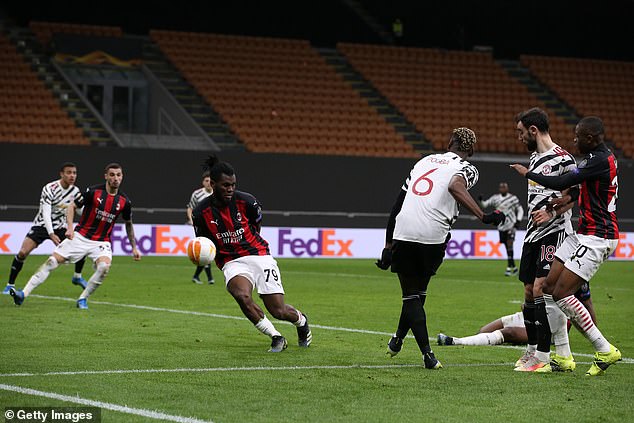 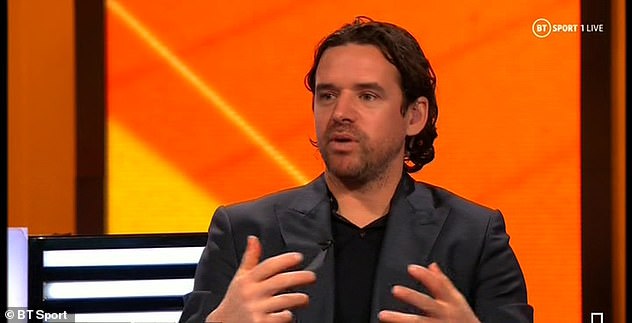 ‘He played fabulous when he came on,’ Hargreaves said. ‘He just added a touch of class. The goal was great. Everything about his performance second-half was top drawer.

‘United, let’s be honest, they were the better team. Milan played decent but didn’t create much.

‘I think for Ole, he rises to the big occasion. He did today and so did Paul Pogba.

‘He’s always looking for the ball, always wanting to turn on the shoulder. He made the difference tonight.

‘He added that touch of class when Man United really needed it.’ 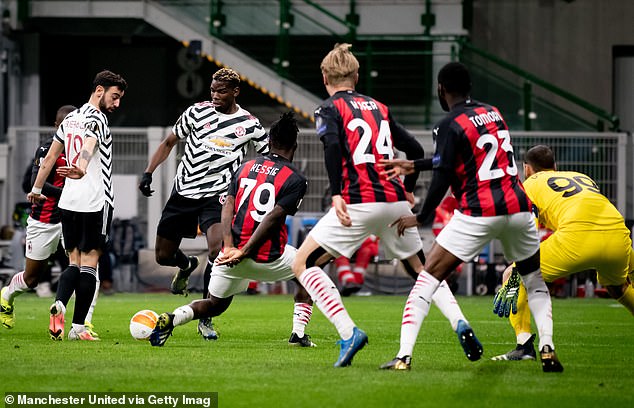 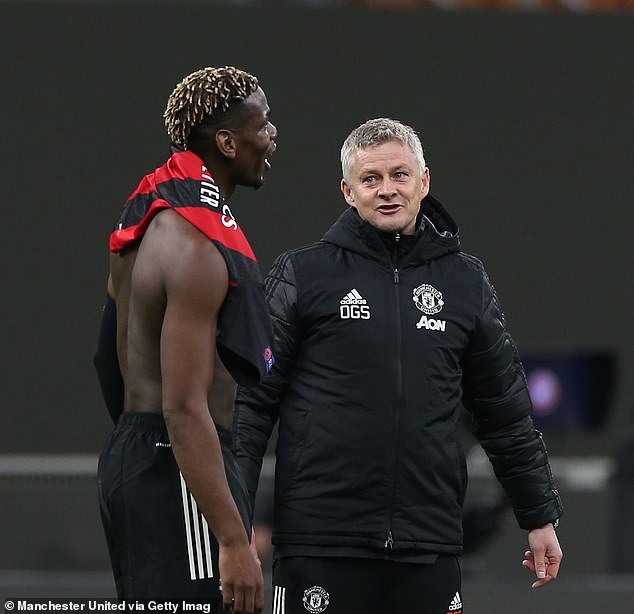 Paul Scholes, another ex-United midfielder, agreed with the assessment, saying: ‘Pogba was really good when he came on. Came into that left-hand side position.

‘Showed bits of quality right from the off and livened everybody up. He’s different. He can create. He can score goals.

‘They got the job done. I don’t think they were special on the night. Pogba really did make a difference. 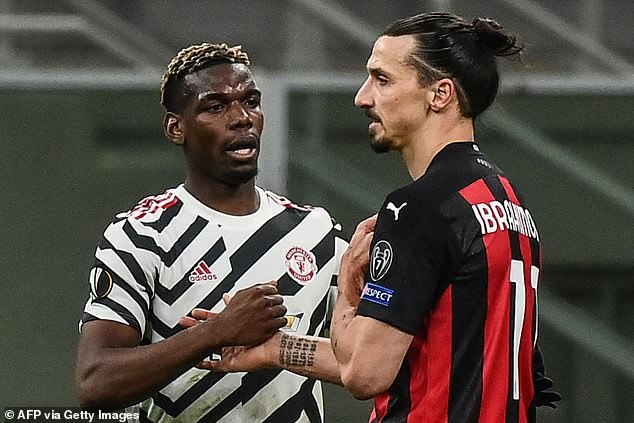 United will discover their quarter-final opponent when the draw is made on Friday lunchtime and they now turn attention to Sunday night’s FA Cup quarter-final away to Leicester City.

Pogba was in excellent form when he suffered his injury during the 3-3 draw with Everton on February 6. United dropped points in three of their six Premier League matches in his absence, derailing their title push.