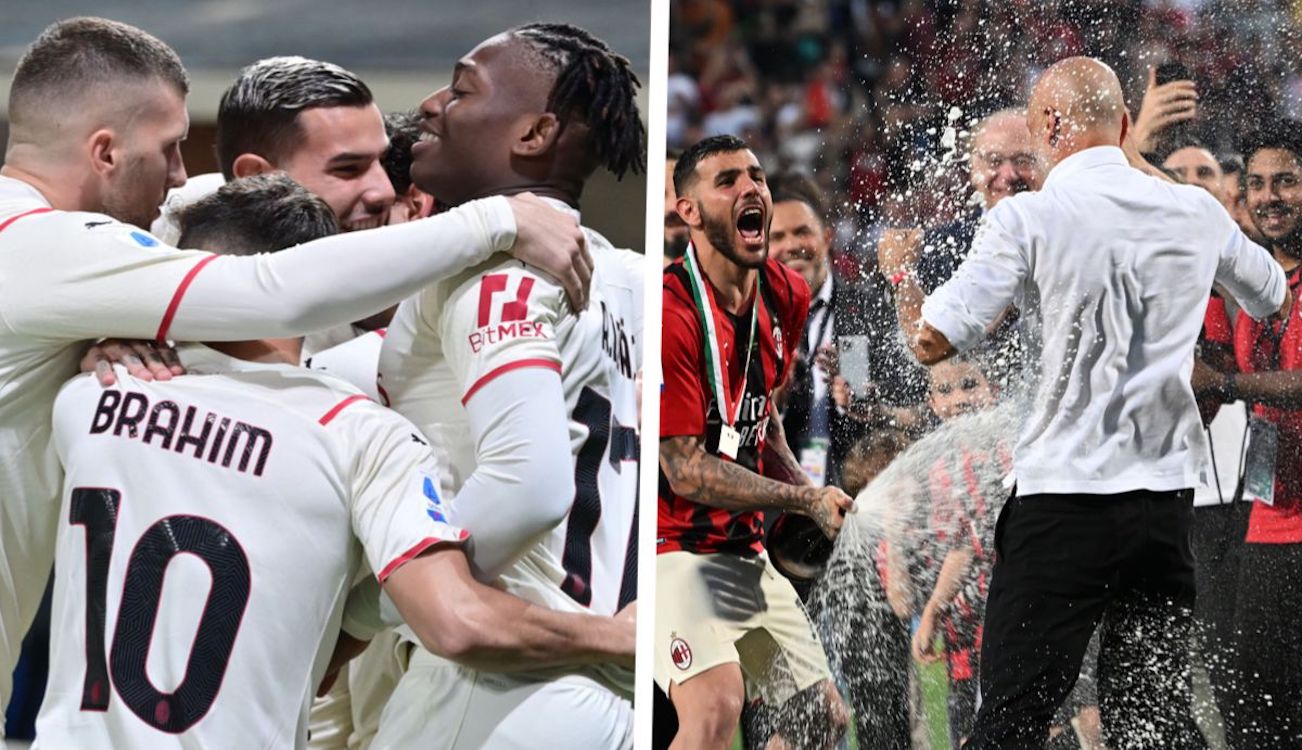 For the first time since 2011, AC Milan can call themselves the champions of Italy. A rousing 3-0 win against Sassuolo at the Mapei Stadium last night clinched a 19th Scudetto.

This morning’s edition of La Gazzetta dello Sport (via MilanNews) provides a recap of what has been an incredibly memorable season for the players, staff, owners and especially the fans, with eight games in particular highlighted as being decisive.

Atalanta 2-3 Milan: The Rossoneri celebrated their return to the Champions League a few months earlier in Bergamo and then this dominant win against Gasperini’s side (who scored two late consolations) was a real statement. Tactically the game is remembered for Theo Hernandez and Calabria playing infield.

Roma 1-2 Milan: Zlatan Ibrahimovic’s free-kick and Kessie’s penalty were enough to render El Shaarawy’s goal a consolation in what was a big test of character, with Pioli getting the better of Mourinho.

Inter 1-2 Milan: Many believe the return derby was the true turning point of the season. A goal behind and under pressure with 20 minutes left, a brace from Olivier Giroud not only reopened the title race but secured head-to-head advantage.

Napoli 0-1 Milan: Giroud scored some huge goals this season and the one at the Stadio Maradona was one of them. Pioli fielded a 4-3-3/4-1-4-1 that surprised Spalletti and appeared to be a masterclass.

Lazio 1-2 Milan: Milan went into the game at the Olimpico needing a win to put the pressure on Inter and Tonali’s goal in the 92nd minute meant the perfect response from the heavy defeat in the Coppa Italia derby.

Milan 1-0 Fiorentina: After Inter’s defeat in their game in hand against Bologna, the Rossoneri beat La Viola thanks to a late goal from Leao to take outright top spot, a lead they would not relinquish.

Verona 1-3 Milan: ‘Fatal Verona’ was the narrative going into the game at the Bentegodi after precedents in 1973 and 1990, and with Milan down by a goal they roared back thanks to a brace from Tonali and a late goal from Florenzi to edge closer.

Sassuolo 0-3 Milan: Pioli’s men needed just a point to win the title but the first half was an absolute barrage of pressure and dangerous chances. Giroud scored a brace – again contributing when needed the most – and a third from Kessie meant the Scudetto dream became a reality in Reggio Emilia.