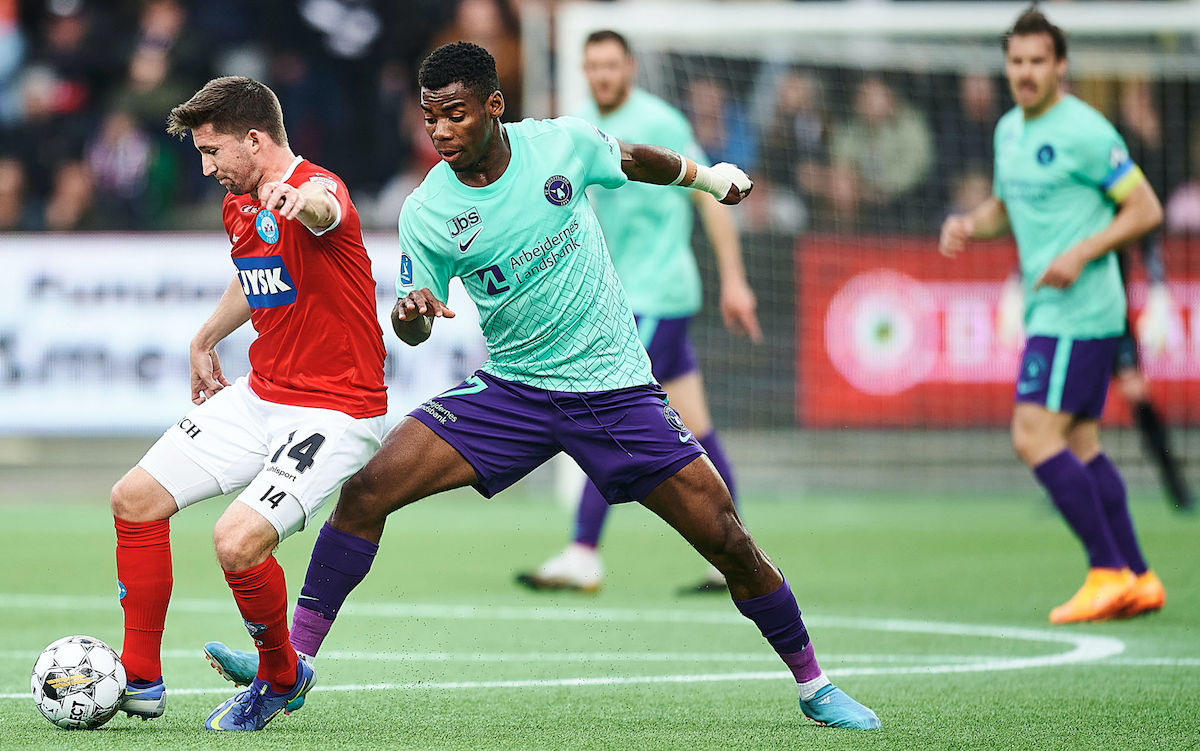 AC Milan are ready to make another attempt to sign Raphael Onyedika from Midtjylland after having a first bid rejected, a report claims.

According to Calciomercato.com, Onyedika responds to all the characteristics that Paolo Maldini and Ricky Massara are looking for as he is young, physical, reasonably priced and with great room for growth in the future.

He is under contract until June 2026 with the Danish club and is valued at over €8m by them. Milan have offered €4m plus bonuses which was rejected, but they are expected to make a new attempt.

The 2021-22 season saw Onyedika establish himself as he played regularly, won the Danish Cup and was voted Young Player of the Season. His characteristics make him a very useful, modern player who knows how to combine both phases. He is physically strong and is more of a defensive midfielder that breaks up play rather than a playmaker.

Last season he was close to 90% in pass completion, demonstrating good ball playing ability both in short passing and in long balls. Moreover, the report describes him as a skilled presser who ‘would marry perfectly with the movements that Pioli asks of his midfielders’.

He was seventh in successful tackles in the last season, recovering over 300 balls of which half were in the opponent’s territory. In short, Pioli is looking for a combative midfielder and Onyedika has launched his candidacy.