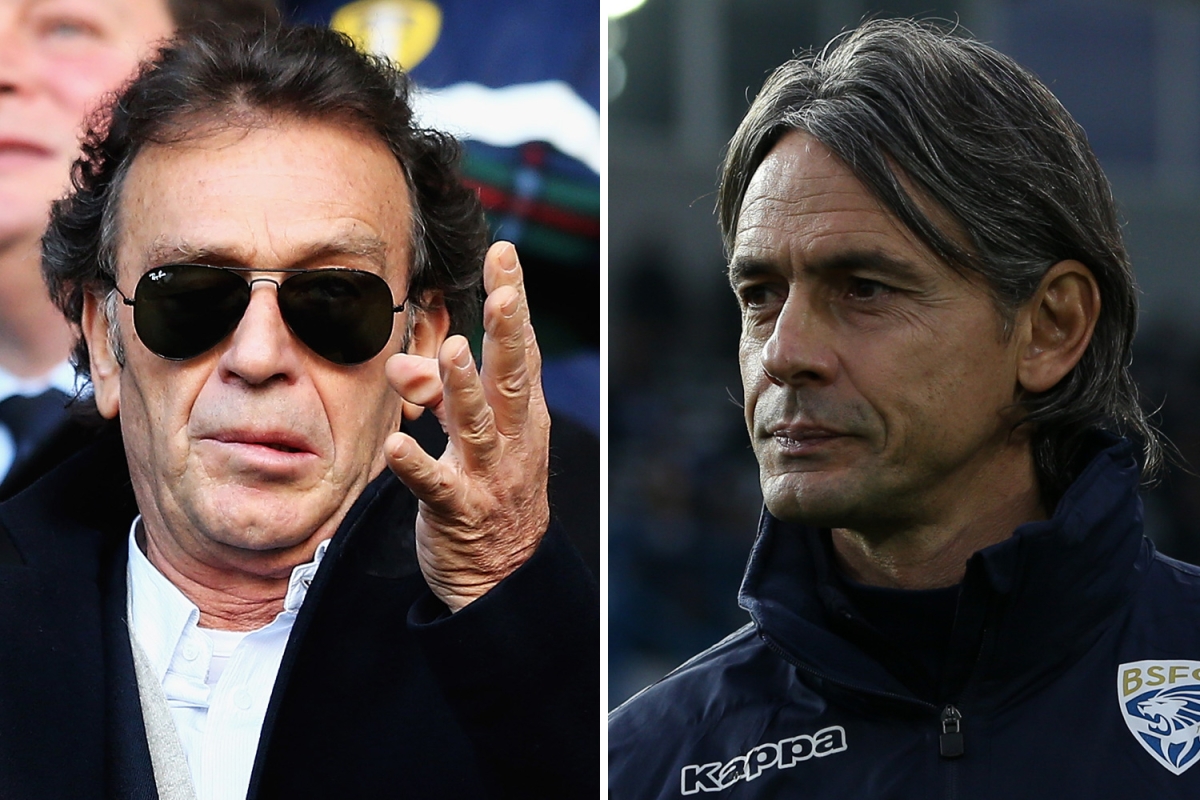 BRESCIA have reportedly tried to sack manager Filipo Inzaghi – only to be stopped by a clause in his contract.

The Italy legend could lead his side to the top of Serie B with victory over strugglers Alessandria on Sunday.

But he is understood to have fallen out with the Lombardy club’s notoriously impatient chief Massimo Cellino.

A clause in his contract is now all that protects the former AC Milan striker from being dismissed.

The protection states he cannot be sacked while his side are in the top eight of Italy’s second tier.

Inzaghi, who took over at Brescia last summer, oversaw a 0-0 draw at lowly Cosenza on Saturday.

His side still sit in a strong league position but by Sunday reports had emerged saying Cellino had decided to fire Inzaghi after a falling out between the pair.

Uruguayan Diego Lopez, who is still under contract at the club until June after two short spells in charge in 2020, was lined up as his replacement.

The situation came to a head on Tuesday, when Cellino said about Inzaghi in an interview: “The distance between our viewpoints was unbridgeable”.

But by the afternoon, Brescia had performed a U-turn.

Reports said that Inzaghi was protected by the clause while in the top eight, and sporting director Francesco Marroccu held a news conference to discuss the matter.

He said: “We never officially sacked Inzaghi. We are just weighing up his sacking

“I met Lopez and his staff but there wasn’t a good atmosphere in the city for his return.

“Diego, as a friend of Brescia and president Cellino, and considering the reaction of the media, social media and fans, gave up the job.

On Wednesday, Inzaghi and Cellino reportedly made peace, and the coach returned to training the squad.

By the evening, the club’s official Twitter account posted pictures of the pair with a blue love heart and hand-shake icon as a caption.

Cellino has a long-established reputation for being impatient with coaches, and made 36 managerial changes during 22 years as Cagliari owner.