Senegal finally have AFCON title to match their continental status 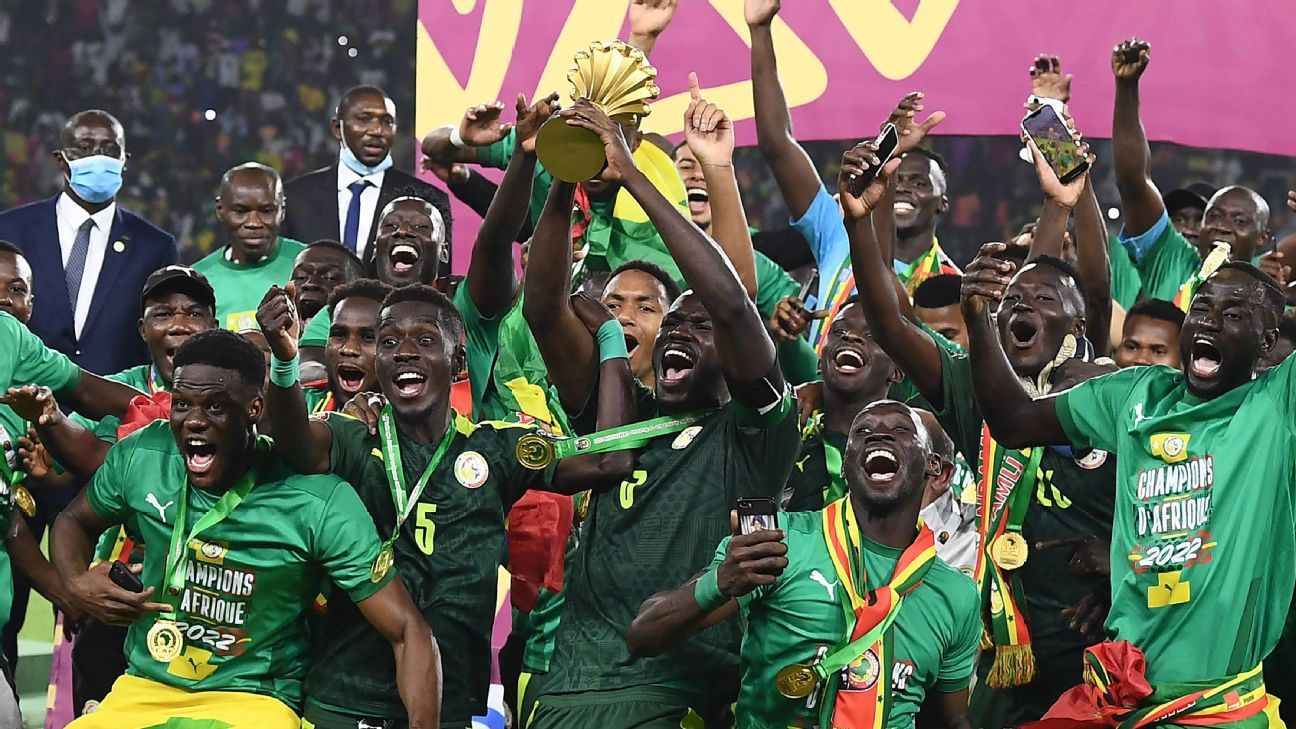 Senegal dispatched Egypt on penalties in Sunday’s Africa Cup of Nations final on Sunday to bring to a thrilling conclusion the 33rd edition of the biennial continental competition as the Teranga Lions clinched their first-ever African title.

Player of the Tournament Sadio Mane was the hero as he overcame a fourth-minute penalty miss to net the decisive spot kick in the shootout following a 0-0 draw in which the West Africans had had the better of the chances.

In victory, the Teranga Lions become the 15th different side to conquer the continent, finally drawing a line under 20 years of regret since the nation’s finest side — the team that reached the 2002 World Cup quarterfinal — fell just short against Cameroon in the AFCON final earlier that year.

Then, like now, the contest was decided on penalties, although while it was Aliou Cisse who missed the decisive spot kick in the final shootout in Bamako 20 years ago, here he was the perhaps the happiest man in the Stade d’Olembe, having made history as Senegal’s first AFCON-winning head coach.

It’s certainly well overdue for a man who knows triumph and disaster — those two most fickle of imposters — more intimately than he would surely like.

As Cisse pointed out earlier in the week, it’s impossible to discuss African football and the continent’s biggest sides without referring to Senegal, even though — unlike CAF’s other big dogs — they’d never previously got their hands on the AFCON title.

They’ve produced African Footballer of the Year winners, had players who have won the Premier League and the Champions League, and are one of only three African nations to have reached the World Cup quarterfinals, yet the AFCON crown had always eluded them before Sunday evening.

“I dedicate this [victory] to the people of Senegal,” Cisse told ESPN after the match. “From independence to now, we never had a star on our shirt … and now we have the first one.

“We deserved it, and when you consider the match in its entirety, and I never doubted.”

Before the showdown with Egypt, they were the only team in AFCON history to have reached two finals without ever having won one, and a third failure at the final hurdle would surely have represented a monumental mental obstacle for future generations to overcome.

Instead, Sunday’s success was the fruit of the immense and consistent work of Cisse and his staff in the near-seven years since they took the helm of the Lions, then languishing outside the top 60 in the FIFA world rankings.

Back in 2015, the glories of 2002 had lagged way into the slipstream, but since then, the ex-Birmingham City and Portsmouth midfielder has dragged Senegal to the world’s top 20, taken them back to the World Cup (in 2018) and helped them to consecutive Nations Cup finals — the first team since Egypt in 2010 to make back-to-back final appearances.

Yet despite his assurances of confidence and unswerving belief in his team’s eventual success in the build-up to Sunday’s match, his outpourings of emotion at the final whistle — where he appeared overcome as he was held by 2002 teammate Khalilou Fadiga — suggested that he could only truly lay the ghosts of past failure to rest when he finally got his hands on the trophy.

“We know our days of failure, our tears, our complicated moments,” he told ESPN earlier in the tournament, remembering both his own missed spot kick in the 2002 final, and the 2019 team’s defeat by Algeria in Cairo two and a half years ago.

“The two finals were very different meetings,” he said after Sunday’s victory. “In 2019, I hadn’t even sat down and we’d conceded. The situation changed and we were chasing the score.

“Here, it was different in every sense. I knew we would win, whether in 90 minutes, or in extra time, or on penalties.

“The important thing was to win, and I never doubted it. I had faith, and the team persevered and kept battling.”

During the course of this tournament, however, Senegal went from great pretenders to genuine contenders, blossoming after a stodgy group-stage showing to net eight goals in their three knockout matches before Sunday.

Their campaign has had its ups and downs; they failed to break down a limited Zimbabwe side in their opening game — before Mane’s 97th-minute penalty — and were held 0-0 by a Malawi team ranked 129th in the world before the tournament.

Against Cape Verde in the last 16, Mane suffered a head injury after clashing with goalkeeper Vozinha, while their previously impenetrable defence was breached by both Equatorial Guinea and Burkina Faso in the quarterfinals and semis respectively.

Yet that defence, who didn’t concede for the opening 417 minutes of the tournament, has provided the platform upon which Senegal began to look like champion material.

The arrival of Ismaila Sarr from Watford ahead of the quarters has also been a boost, with the winger contributing a goal and an assist in his first two cameos off the bench, before claiming an unlikely starting berth for the final against the Pharaohs.

Defensive solidity and direct widemen have been hallmarks of Cisse’s tenure with the national side, but recent additions of France-born trio Abdou Diallo, Bouna Sarr and Nampalys Mendy — all of whom made their debut in 2021 — have raised the quality of the starting XI and imbued the team with greater top end experience.

They’ve helped Senegal not only return to the Nations Cup final, but to take that final step — one further than any Teranga Lions team has managed in the past — and finally banish the West Africans’ perennial bridesmaids tag.

For Cisse, victory in Cameroon, and against Egypt, the most successful side in the competition’s history, makes triumph even sweeter, and fully confirms Senegal’s standing alongside the continent’s true giants.

“Cameroon is a land of football, so to win the AFCON here is symbolic,” the coach concluded. “To win against Egypt, who have seven titles, is also symbolic.

“I said to my players that today they would write history, by beating Africa’s most decorated team on Cameroonian soil.”

History certainly has been written, and while Senegal’s triumph won’t entirely eclipse the generation of 2002 — of Diao, Diouf, of Bouba Diop — for their pioneering performances, that victory over France, their character and vitality, they’ve certainly given their nation the kind of success story that makes up for two decades of regret and yesteryear’s days of failure.