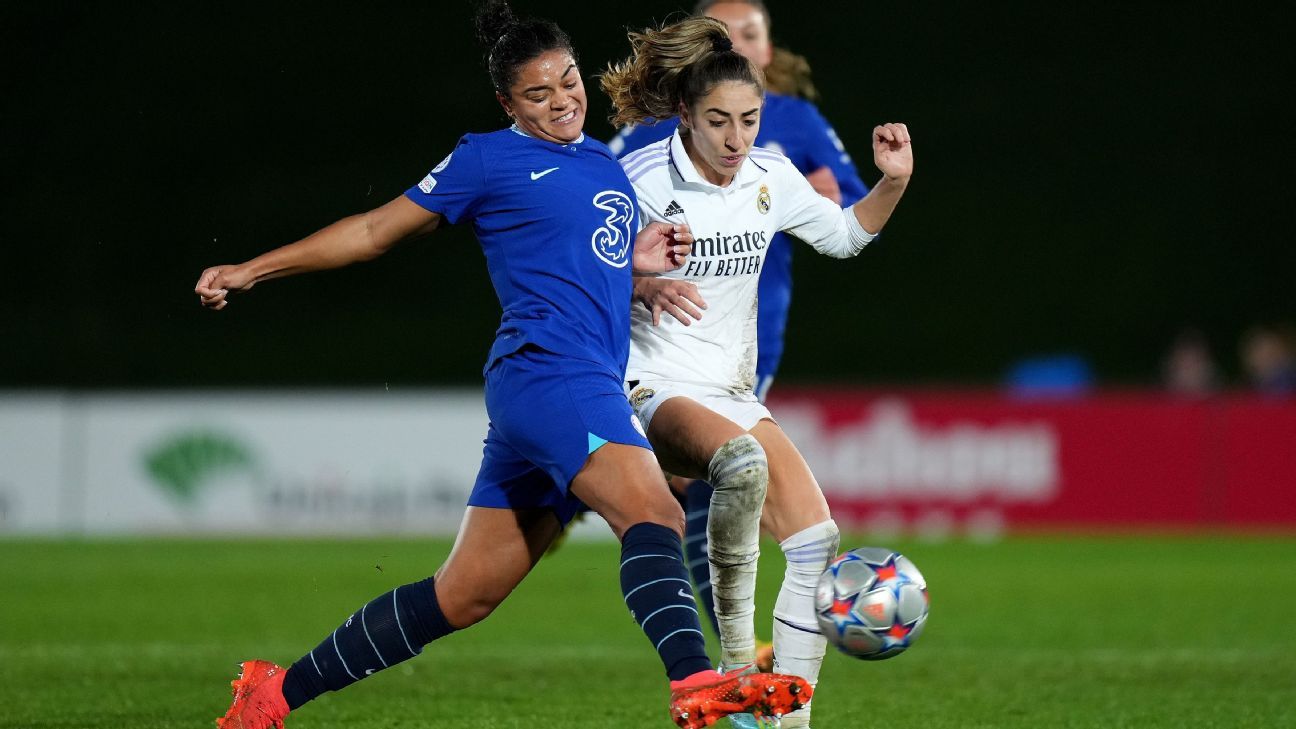 Real Madrid drew 1-1 with Chelsea in Group A of the Women’s Champions League at the Estadio Alfredo Di Stefano on Thursday, the first time group leaders Chelsea have failed to take all three points in the competition this season.

Caroline Weir put Madrid ahead in the 36th minute — after a mistake from Chelsea goalkeeper Ann-Katrin Berger — before the visitors levelled from the penalty spot after an hour, with Guro Reiten’s effort hitting the post and rebounding off the back of Madrid keeper Misa Rodriguez and into the net.

In the group’s other game, Paris Saint-Germain beat Albanian side Vllanzia 4-0, with two goals from Kadidiatou Diani and further efforts from Ramona Bachmann and Magnaba Folquet.

The results mean Chelsea failed to clinch a place in the knockout stages, though they remain top of the group on 10 points, with PSG second on seven points and Real Madrid third on five points.

Chelsea will have another chance to seal their progress when they travel to bottom-placed Vllaznia next week. Real Madrid, meanwhile, will be looking for a win when they visit PSG. 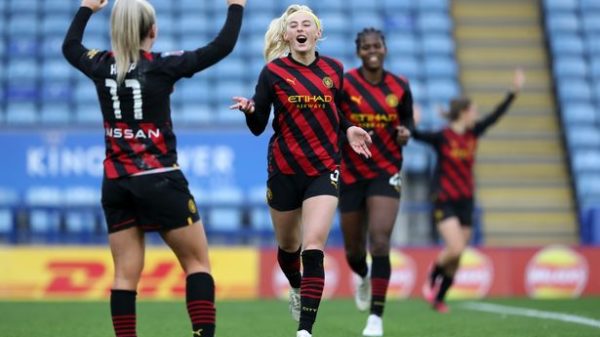 Kelly scored City’s second on Saturday after Bunny Shaw’s 10th goal of the season broke down the Leicester resilience – the win lifted Gareth...