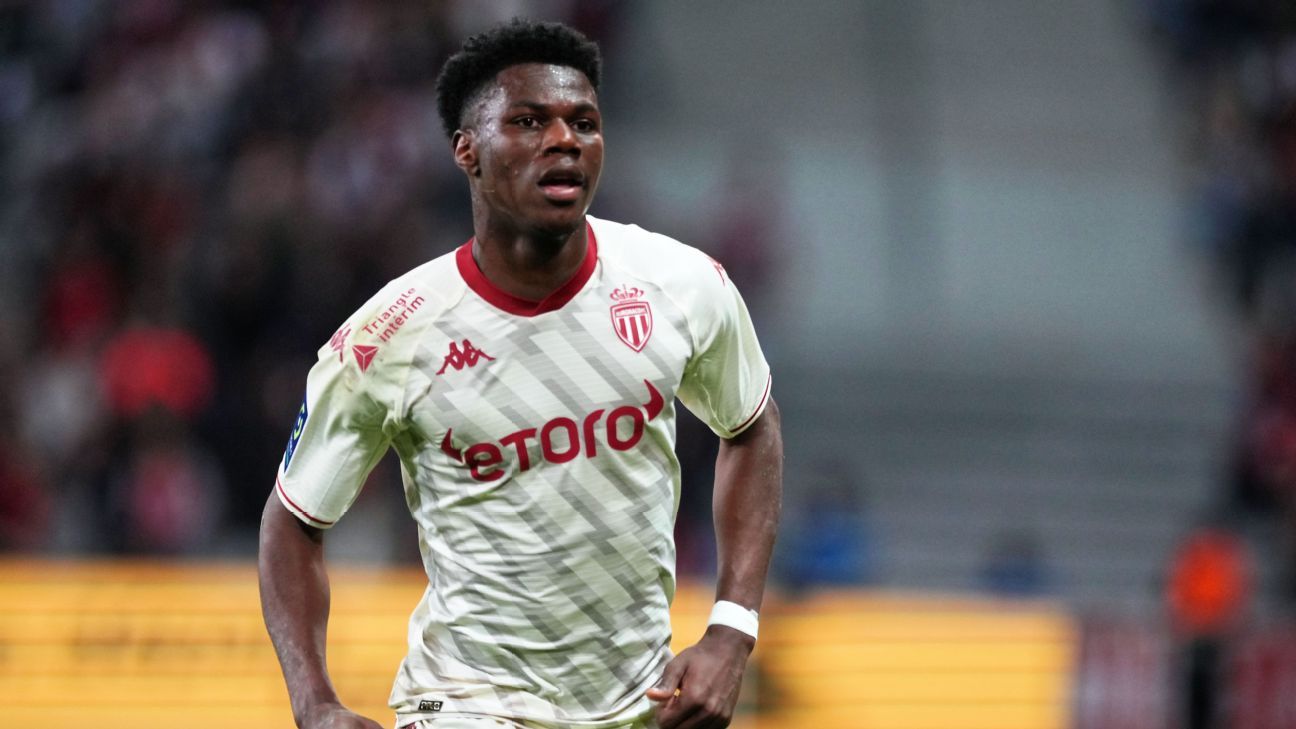 Real Madrid and Liverpool are the two clubs best placed to sign Aurelien Tchouameni this summer, sources have told ESPN.

Kylian Mbappe — a personal friend of the Monaco midfielder — has also asked Paris Saint-Germain to sign Tchouameni, but sources said that this week’s Champions League finalists were the favourites to land the 22-year-old.

ESPN reported in January that Madrid were tracking Tchouameni’s progress as they viewed the signing of a defensive midfielder as a priority.

Madrid have also received positive reports about Ajax’s Ryan Gravenberch — who is now a reported target for Bayern Munich — but sources told ESPN that Tchouameni was at the top of Madrid’s midfield wishlist for this summer.

The club even sent chief scout Juni Calafat, a trusted adviser of president Florentino Perez, to Monaco in January to lay the groundwork for a move.

Youngsters Fede Valverde and Eduardo Camavinga have performed well in the second half of the season, but Madrid remain aware of the need to refresh a midfield which is still anchored by Casemiro (30), Luka Modric (36) and Toni Kroos (32).

Madrid view Tchouameni as a possible long-term replacement for Casemiro.

However, a source with knowledge of the talks told ESPN that Madrid would have to battle Liverpool for the signing of a player whose fee would exceed €50 million.

Madrid have already agreed a deal to sign Chelsea defender Antonio Rudiger on a free transfer this summer, and had planned for next season on the assumption that Mbappe would also be moving to the Bernabeu when his PSG contract expires.

The impact of Mbappe’s shock U-turn is already being felt at both clubs. The forward has asked the Ligue 1 club to consider moving for Tchouameni.

PSG have also decided to sack sporting director Leonardo, with sources saying Mbappe’s preferred candidate Luis Campos is in line to replace him, and manager Mauricio Pochettino is expected to follow suit shortly.

Mbappe has insisted on the construction of a new, winning project as part of his decision to stay and views Tchouameni as a necessary reinforcement in midfield, but sources say PSG may be too late, with Madrid and Liverpool having already worked on his signing for some time.