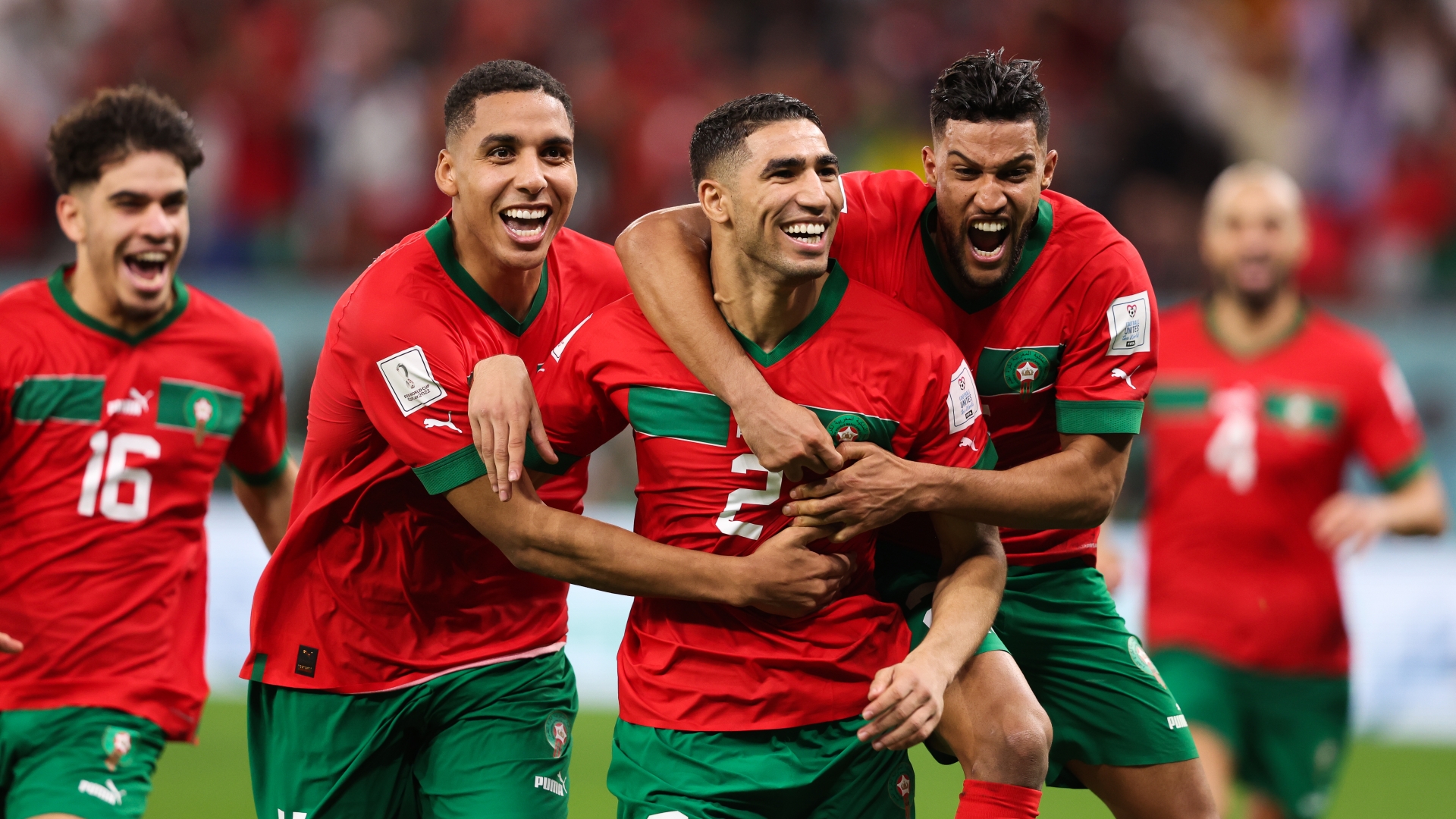 AFTER scoring the winning penalty that sent his country to the quarter-finals of the World Cup, Achraf Hakimi ran straight to the stands to his mum.

The devoted son, 24, then jumped into the crowd to share a loving kiss with his mother and give her his shirt, before joining his team-mates in celebration after knocking out Spain on penalties.

It was a moment that symbolised the PSG defender’s journey, from a humble upbringing in Madrid to a football superstar and hero for his country.

Before Hakimi was born, his parents Hasan and Saida moved from Africa in search of a better life.

She worked as a house cleaner, while his father sold fruit on the street.

Hakimi himself has spoken of the poverty he grew up in and how thankful he is for their support. 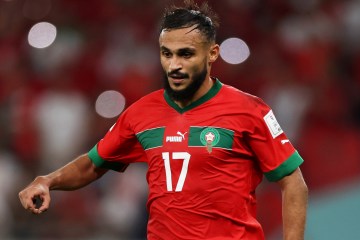 “My mother was a house cleaner, and my father was a street vendor. We come from a low-income family that struggled to make ends meet,” he told Bundesliga.com in 2020.

“Today, I fight for them every day. They gave up their lives for me. They took many things away from my brothers in order for me to succeed.”

From the suburbs of Madrid

Hakimi’s parents emigrated from a small Moroccan village near Casablanca to Getafe “to build a better life for themselves,” according to their son.

“They came from areas where there is hardly any work. They had to fight enormously hard. I have no words to describe my parents.”

As a child, Hakimi couldn’t sit still. So his mum threw him into sport.

“When I was young my mother tried to get me into judo or swimming, I told her it had to be football,” he said.

Hakimi played for local team CD Colonia Ofigevi, before Real Madrid offered him a trial when he was just seven.

The offer was received the old-fashioned way – with a letter in the post, although he thought the letter was a joke.

“I honestly thought that it was a lie and that my father was pulling my leg,” Hakimi would later comment.

Pitted against the country’s finest players of his age group, Hakimi wasn’t fazed. He excelled in a training sessions, and Los Blancos soon gave him a place in the academy.

But there would be hardship to come.

In 2016, Hakimi was hit with a Fifa ban following an investigation into whether Real Madrid illegally signed underage players from overseas.

It was completely unjust, given he was born in Spain and held a Spanish passport.

“It is a mistake that has never really been fully explained. He didn’t expect it and didn’t understand what had happened,” Hakimi’s brother Nabil recalled.

“They had a game near Bilbao and when they got there they told him he couldn’t play.”

Rabie Takassa, a scout in Spain for the Moroccan Football Federation, saw it as racial profiling.

He said: “They saw a Moroccan name and he was punished without deserving it.

“Real Madrid and his family gave all the papers required showing he was born in a hospital in Madrid, that he studied here, that he spent all his life growing up here.

“It was a complicated time for him because he didn’t know when Fifa would give him the green light to play again.”

Zidane believed in him

At the tender age of just 18, Hakimi was handed his Real Madrid debut against Espanyol when that red tape was cleared.

It was club legend and then manager Zinedine Zidane who gave him his chance.

“I’m grateful to him for his faith in me and the way he has treated me,” Hakimi revealed.

“I’ll always be grateful to him.”

But, with competition for places blocking him from playing regular first team football, the club knew they had to arrange a loan deal that would benefit them and whoever signed him.

A year after making his debut for the LaLiga giants, Hakimi signed for Borussia Dortmund on a two-year loan deal.

Immediately, and literally, he hit the ground running.

His dynamism as an attacking full-back was evident in a Champions League match against Atletico Madrid – where he unlocked Diego Simeone’s tight defence to record three assists.

While in 2020, speed demon Hakimi recorded the fastest ever speed in the Bundesliga – clocking in at 22.5mph for one particular swashbuckling run in a thrilling 3-3 draw with RB Leipzig. He would later narrowly beat that three months later in a game against Union Berlin.

After two brilliant seasons in Germany, it was expected he would return to Madrid to cement his place in their first team for years to come.

Rather surprisingly, Hakimi was sold to Inter Milan for £35million, after Antonio Conte personally called him to explain the role he had in his team.

As a wing-back, he would score an impressive seven goals in Serie A as Inter landed the scudetto in 2021.

However, with the club’s financial woes – and being a key asset – he was sold after just one season in Italy. A new challenge beckoned.

PSG paid a staggering £60million for Hakimi’s services in 2021, and he won the Ligue 1 title in his first campaign for the club.

But, for the first time in his career, he struggled for form and there was apparent fallout.

Reports suggested Hakimi was unhappy with how Mauricio Pochettino utilised him – asking him to concentrate on his defensive duties instead of his natural attacking ones.

Then, there were suggestions in the French media he was being blanked in the dressing room by the team’s South American contingent, although he has found an ally in Kylian Mbappe in the ego-filled dressing room.

“Hakimi is going crazy, the South Americans don’t talk to him anymore,” French journalist Daniel Riolo told the After foot show on RMC.

“He already wants to leave Paris, he is fed up. In this team his qualities have never exploded, so maybe you have to give him up.

“I criticised Hakimi for his fluctuating form, but it must be said that in this team he struggles to express his qualities.

“He is angry and that’s normal, he can’t take it anymore.”

While there may be trouble in paradise professional, privately his life couldn’t be any better.

Hakimi first met his future wife – the beautiful actress Hiba Abouk – in 2018 when he was at Dortmund.

A long-distance romance entailed, before she relocated from Madrid.

Twelve years his senior, she made her name in Spanish crime drama El Principe, and like Hakimi she is a devout Muslim.

The pair share similar stories – she was born in Madrid to parents who had emigrated from Tunisia.

Two years ago, they got married in a secret wedding, welcomed their first son and added another boy to their brood this year.

Back in October, with the World Cup on the horizon, they appeared in a stunning shoot in Vogue Arabia.

Wearing his heart on his sleeve, Hakimi explained: “Here in Paris you play for the team of the city, but it’s not the same to play with the team of your country.

Expect Hakimi to bleed for the cause when Morocco take on Portugal on Saturday – with a place in the semi-final up for grabs.