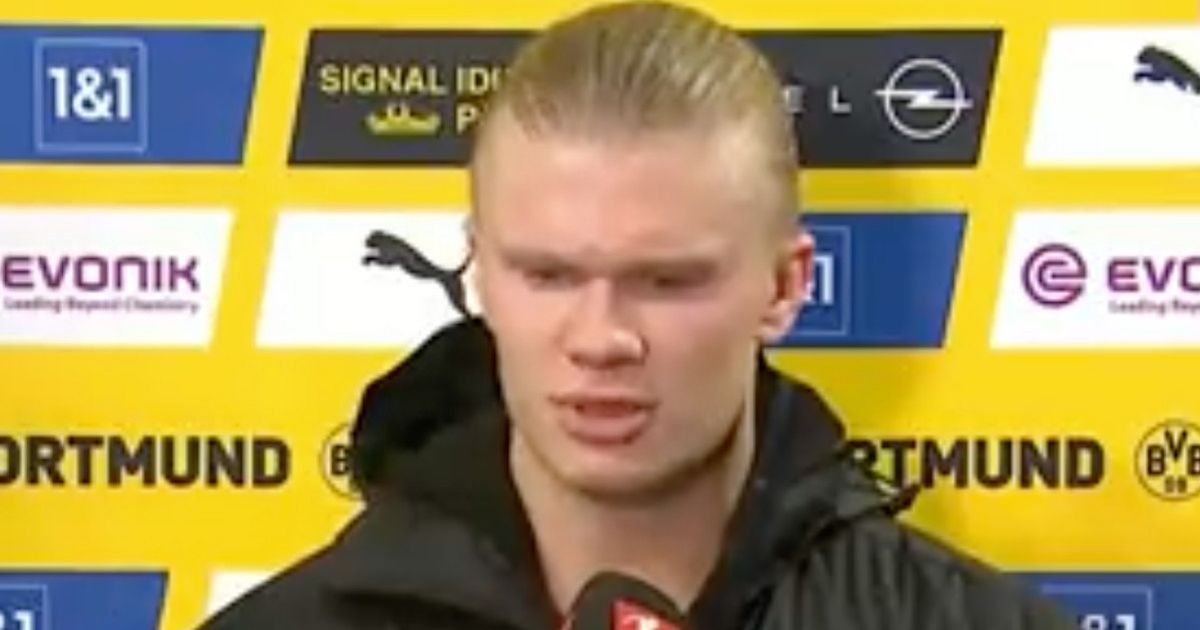 Erling Haaland continues to be linked with a move away from Borussia Dortmund this summer, and he has revealed that the club are pushing him to make a decision on his future

Erling Haaland has made the sensational claim that Borussia Dortmund are pushing him to make a decision on his future.

Norwegian striker Haaland is one of the most wanted players in world football after netting 78 goals in 77 matches for the Bundesliga club.

The 21-year-old netted twice on Friday night as Dortmund ran out 5-1 winners over SC Freiburg.

And speaking after the match, Haaland revealed that Dortmund were pressuring him into making a decision on his future.

“Borussia Dortmund are now pushing me to make a decision about things but I just want to play football,” he told Norwegian TV channel Viaplay Fotball.

“That probably means that I will soon have to get things started.”

Haaland has been strongly linked with a move to the Premier League, having rejected Manchester United for Dortmund two years ago.

His father, Alf-Inge Haaland, played for now mega-rich Manchester City, who have also been linked thanks to their strong financial position.

Haaland scored twice for Dortmund in the win over Freiburg

And Haaland admitted that he had begin to start thinking about a move away from Dortmund due to the club’s firm stance.

“Borussia Dortmund have started to put lot of pressure on me,” he added.

“They want me to decide now and so things will happen now. Even if I only wanted to focus on football and play football.

“I never spoke until now to respect the club. I didn’t want to decide my future in January as we have a though period with a lot of matches. I just want to play football, but this is what they ask.”

Borussia Dortmund CEO, Hans-Joachim Watzke, played down any talk of an issue with Haaland, but did appear to confirm that the club was pushing him to make a decision on his future.

“There’s no problem with Erling,” Watzke told Ruhr Nachrichten. “He is a spontaneous person. He’s allowed to do that. But he must also have some understanding for our situation – we can’t wait until the end of May.”

Haaland’s agent Mino Raiola has insisted that his client will move on to a bigger club in the next 18 months.

“He can and will take the next step,” Raiola told the German TV channel Sport1. “Bayern, Real, Barcelona, City – these are the big clubs he can go to. City have won the championship five times in recent years, significantly more than United. When we moved to Dortmund, we all knew that this step would come.”

Asked when a move could happen, Raiola replied: “Maybe this summer, maybe the summer after. But there is a great chance that Erling will leave this summer.”