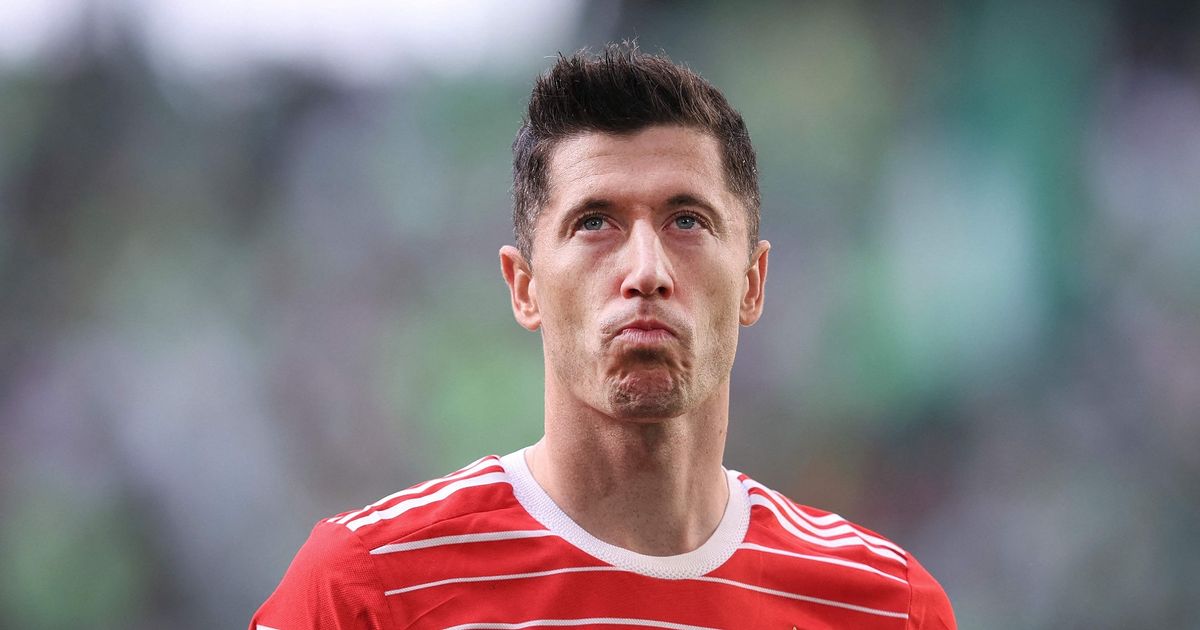 Bayern Munich striker Robert Lewandowski has been linked with a summer transfer exit away from the Allianz Arena, with Barcelona and Chelsea both linked with interest in the Polish forward

Bayern Munich chief executive Oliver Kahn has said that he and the German champions are not prepared to lose striker Robert Lewandowski before his contract expires next summer.

The Polish striker’s deal is due to end in the summer of 2023 having spent the last eight seasons at Bayern, scoring a staggering 238 goals in 253 Bundesliga appearances for the side, who won a 10th consecutive league title earlier this year.

Lewandowski, 33, has already outlined his intentions not to extend his contract beyond next year at the Allianz Arena, despite a stellar spell that has so far seen him win the Golden Boot award in Germany’s top flight six times.

With the veteran keen to move on from the German side, he has been heavily linked with a summer transfer switch. Barcelona have been strongly tipped to sign the forward, while in recent days Chelsea have also been linked with interest.

However, speaking about Lewandowski’s future, Kahn, who made 632 appearances in goal for Bayern between 1994 and 2008, dismissed a question of how much it would cost to let Lewandowski leave this summer, insisting that he will see out the duration of his contract.

“This question does not arise,” Kahn told Welt. “Robert Lewandowski has a contract until 2023, and he will fulfil it.” Despite the comments, reports claim that Lewandowski has his eyes set on a move to Barcelona in the summer.

Where will Robert Lewandowski be playing his football next season? Have your say in the comments section.

Bayern were convincing winners of the Bundesliga this season, finishing eight points clear of Lewandowski’s former club Borussia Dortmund, who came second in the table.

Lewandowski ended the campaign with a staggering 35 league goals from just 34 league appearances. It is his second best tally for a league campaign during his time in the Bundesliga, having netted 41 goals in only 29 league games during the 2020/21 campaign.

Across all competitions, Lewandowski scored 50 times in 46 matches this season. On top of his stunning Bundesliga record, the Polish forward scored 13 goals in 10 Champions League appearances as Julian Nagelsmann’s side reached the quarter-finals before suffering a shock exit to Portuguese side Benfica.

During the 2021/22 season, 19 of Lewandowski’s goals in the league came on the road, setting a new record for the highest number of away league goals in the same campaign.

Third in the Bundesliga scoring list this term was Dortmund star Erling Haaland, who ended the campaign with 22 league goals. However, Haaland will be playing away from Germany’s top-flight next season, having signed for Manchester City for £51.2million earlier this month.

Lewandowski’s exit from Bayern, whether it be this summer or next, is likely to see him leave Germany, having spent the last 12 years in the country after leaving Lech Poznan in 2010, playing for Dortmund for four years before joining Bayern.