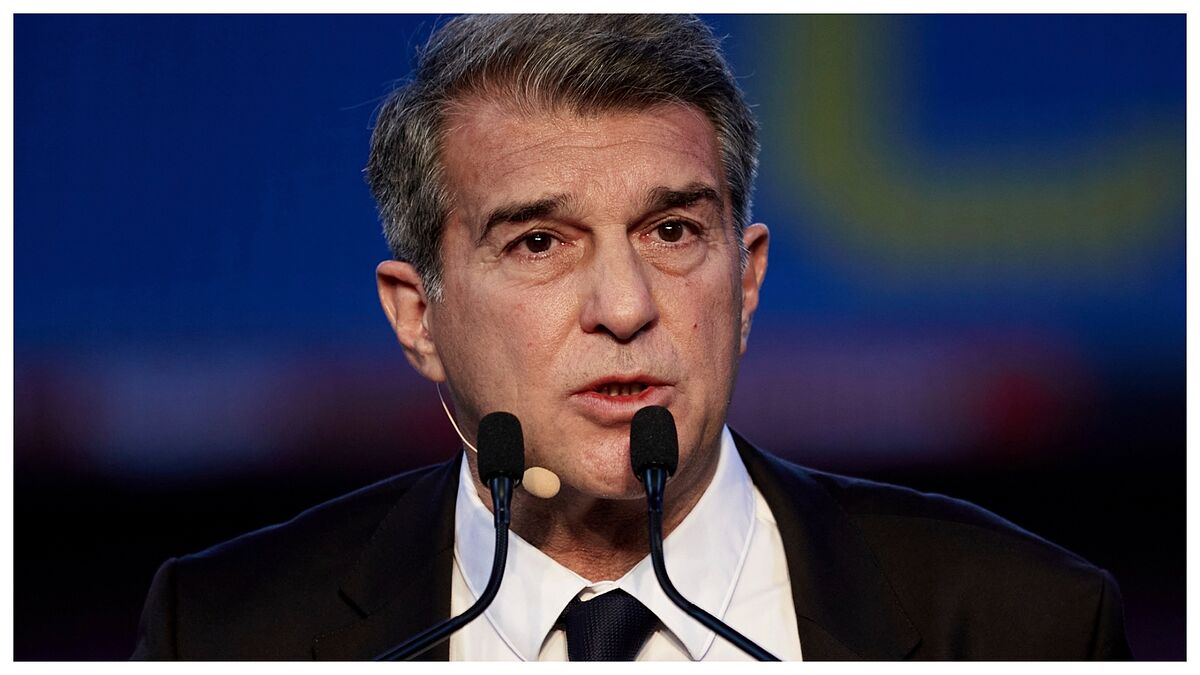 Barcelona president Joan Laporta says the club have made an offer for Bayern Munich‘s Robert Lewandowski, though they’re still waiting on a response from the German giants.

The Polish striker has stated he wants to leave the Bundesliga champions, though they’ve made it clear they want him to complete his contract. With Barcelona mentioned as a possible landing spot, Laporta gave an update on where things stand.

“We made an offer to Bayern to sign Lewandowski and we are waiting for their response. I hope their response is positive,” he said.

Barcelona‘s transfer market has been slow to develop as the club continue to work on improving their financial situation. Laporta says things are heading in the right direction.

“The club’s credibility has returned,” he said. “There is an added level of difficulty due to the financial situation.

“We want to send a message that we are going to invest. Rivals want to take advantage of this situation, but it’s something that is improving.”

Recent reports have linked Barcelona with a move for Manchester United‘s Cristiano Ronaldo, who reportedly wants to leave the Premier League side.

However Laporta was coy when discussing a possible move for the Portuguese star.

“We are lucky that most [stars] want to come to Barcelona,” said Laporta. “When there is an opportunity, everyone looks at it, gets excited and thinks about it.

“Because of our history, we are an attractive club for great players. I am not talking about any specific player.

“We are still a very attractive club even if we have a temporary handicap.”

As for players already at the club, Laporta threw his support behind Gerard Pique.

The central defender has made headlines this summer following his breakup with Shakira, but Laporta is counting on him to lead the side this season.

“Gerard is clear in that he wants to have a very good season,” he said. “That’s how I see him.

“Then the coach [Xavi] will evaluate him from a technical point of view. He is very motivated.”